A soldier has been filmed stepping on a child during a patrol march at the Tower of London.

The soldier – a Coldstream guard, with a ceremonial role of providing protection for royal palaces – was filmed marching before a child appears to step out in front of him.

An Army spokesperson said the public had been warned “a patrol was approaching but the child, unfortunately, ran out in front of the soldier unexpectedly”. 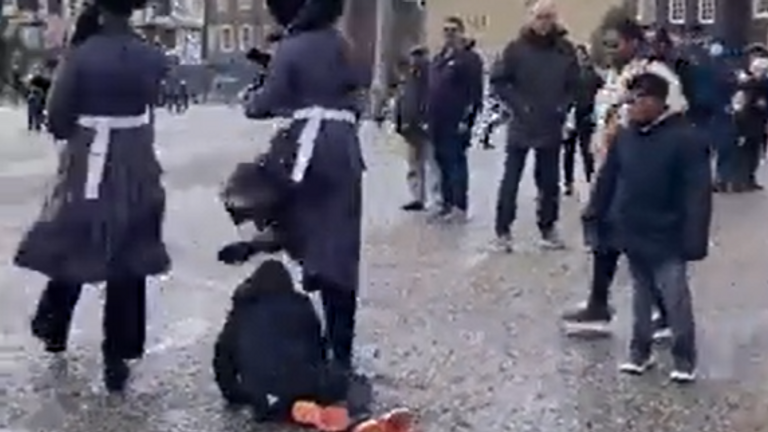 The child was knocked to the ground, with the soldier seeming to tread on his foot before he continues marching. The child immediately gets back up onto his feet.

Members of the public are heard gasping as the child and the guard collide, with the video going viral on TikTok.

An Army spokesperson said they were aware of the incident, which had taken place “earlier today during a routine patrol”.

They said the guardsman on duty had warned the public of the patrol.

“The soldier tried to step over the child and continued on his duty,” the spokesperson added.

“Following the incident, the soldier checked on the child and was reassured that all was well.”