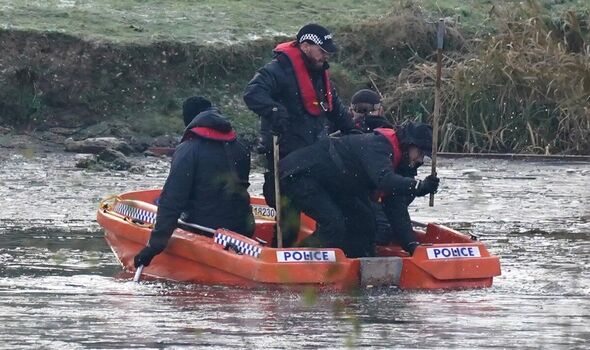 Four boys drowned after falling through the ice of a frozen lake where they were “playing”, an inquest hearing has been told. The proceeding opened today (December 19) at Birmingham And Solihull Coroner’s Court into the deaths of siblings Samuel Butler, six, and Finlay Butler, eight, their cousin Thomas Stewart, 11, and Jack Johnson, 10.

They were rescued from Babbs Mill Lake, in Kingshurst, Solihull, near Birmingham, and rushed to hospital on December 11.

The deaths of Finlay, Thomas and Jack were confirmed on Monday (December 12) while Samuel died in hospital last Wednesday.

The tragedy sent shockwaves through the tight-knit community of Kingshurst. A carpet of flowers was laid at a makeshift shrine which grew up around a tree near Babbs Mill Lake.

Jack Johnson is reported to have been trying to save the others who fell into the water near Birmingham. His aunt used a social media post to thank members of the community for their support.

Charlotte McIlmurray, described the tragedy as a “nightmare”, adding “that two families can’t wake from the pain is unimaginable”.

She added: “He (Jack) was my nephew, so I know the pain is a million times worse for their moms, dads, sisters/brothers.”

An initial inquest hearing held on Monday in Birmingham was told three of the boys were rescued after 22 minutes in the water, while a fourth was pulled from the lake after 31 minutes.

Senior Coroner for Birmingham and Solihull Louise Hunt described the circumstances as a “devastating tragedy”, as she opened and adjourned the four inquests.

Earlier, she heard Jack, from Kingshurst, and Thomas, of Shard End, Birmingham, were identified by their parents at Birmingham Heartlands Hospital.

The two brothers, Finlay and Samuel, also both from Kingshurst, were identified at Birmingham Children’s Hospital.

She also heard evidence from Detective Inspector Jim Edmonds, of West Midlands Police, who gave details of how people initially raised the alarm and the subsequent “heroic efforts” of the emergency services to save the boys.

Mr Edmonds said: “West Midlands Police first contact at 2.34pm on Sunday December 11, reporting four children playing on a frozen lake at Babbs Mill Park had fallen through the ice, into the water.

“Further calls were received from other members of the public, also reporting children had fallen in to the water, but with some variance as to the number of children involved

“Emergency services responded at pace and at arrival it became quite apparent this was a major incident and there were numerous members of the public at the location, reporting children had tragically fallen under the water.”

Turning to the rescues, Mr Edmonds said: “The first three boys were located and brought to the bank at 2.56pm, the same day, and approximately nine minutes later a fourth was rescued from the water.

“Emergency CPR was performed on the children at the scene and they were taken to local hospitals where they received further treatment,” he said, adding the boys were at this stage identified.

Mr Edmonds said: “Despite the heroic efforts of everybody involved, all four boys have sadly passed away.”

He added that “all children involved have been accounted for”.

“A police investigation is ongoing on behalf of the coroner to establish the facts of the boys’ attendance at the lake and also how they fell into the water,” said Mr Edmonds.

Setting an inquest to be heard on July 6, next year, Ms Hunt said: “The scope of the inquest will be to look at the circumstances leading to the deaths and the cause of death.”

She added the inquest would hear a pen portrait of each little boy from a family member, overviews from each of the three emergency services involved about their responses, together with evidence of the hospital care given.

“I think, in respect, it is fair to say they very sadly died from the effect of drowning.”

Having set out the initial cause of death, she added “no post-mortem would be required – to preserve the dignity and respect of each little boy”.

She addressed her closing remarks to the boys’ families, none of whom were physically present in court, and said: “I’d like to offer you all my sincere condolences

“Your boys’ deaths are a devastating tragedy for you all and it is difficult for us all to comprehend the pain and grief you all must feel at this terrible time.

“In due course, I hope the inquest will help you understand what happened, including the valiant attempts by the emergency services to save the boys.”

She called for the families’ privacy to be respected so they might process their loss, and be able to grieve.