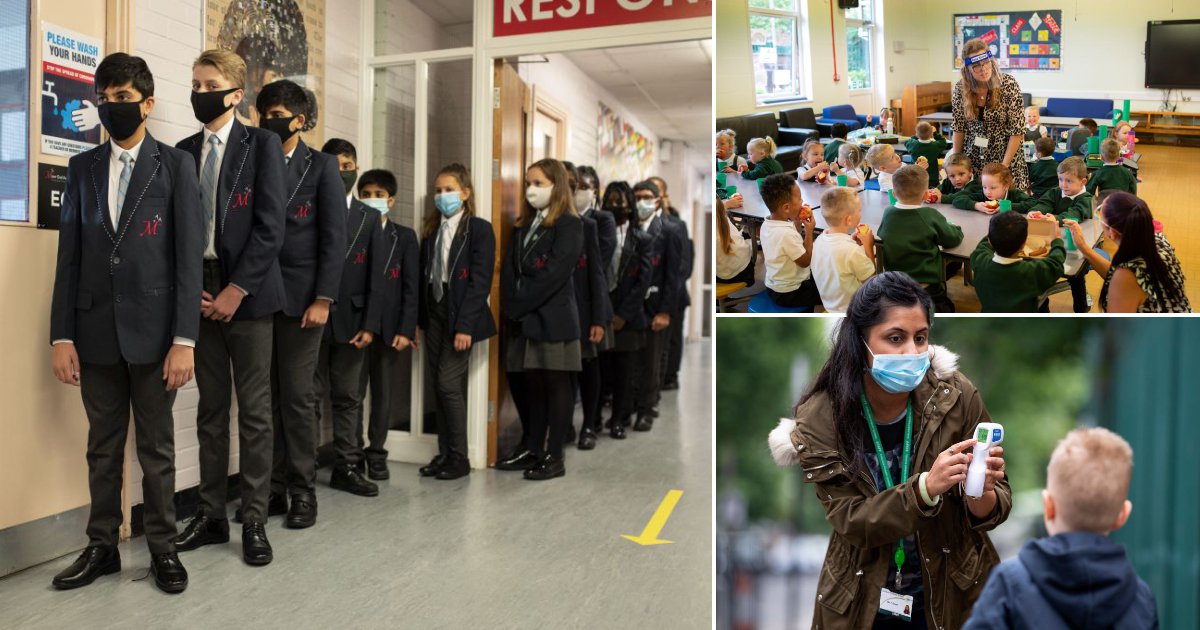 Some pupils may not be able to go back to school until April due to the ‘huge logistical exercise’ teachers are facing.

Steve Chalke, founder of multi-academy trust Oasis which runs more than 50 schools around the country, said mass testing on students at large schools may take ‘weeks’ to complete.

‘If every child has to be tested in school as they come back, twice in the first week, it is a huge logistical exercise,’ he told The Telegraph.

A secondary school with around 2,000 students may need to invite one year group back each week – meaning if they started on March 8, the last pupils to go back could be on the week beginning April 19.

‘You need a waiting area, a testing area, a holding area, an administrative area and an isolation area for people who test positive,’ explained Mr Chalke, who has piloted the testing scheme for the Department for Education.

He said for a larger secondary school ‘you can’t bring back more than one year group per week – because otherwise your school isn’t doing any education, it just becomes a medical centre’.

It comes after it was revealed this week that schools will only be asked to carry out mass testing once – then families will be asked to administer lateral flow tests on pupils at home twice a week.

The decision to only mass test in schools once was made on a compromise between the Department for Education and unions.

Schools were initially asked to mass test pupils in December amid the spread of the Kent variant – but teaching unions branded the idea ‘inoperable’ and ‘ridiculous’ at the time.

The Association of School and College Leaders called for testing kits to be sent home to avoid schools being turned into ‘field hospitals’.

Geoff Barton, the general secretary of the union, said: ‘We think that is a good idea. It reinforces the responsibility for families rather than assuming that bits of the state, like schools, will carry out the tests.’

Social mobility expert Professor Lee Elliot Major said he ‘totally understands’ that mass testing is a big exercise – but warned schools shouldn’t delay getting pupils back into the classroom.

‘We must get children back to school as quickly as possible, nothing can replace the impact of face-to-face teaching,’ he said.

‘The learning loss [during lockdown] has just been so huge and we cannot underestimate that.’

Professor Major added reopening schools ‘can’t come soon enough’ and that the ‘guiding principle’ for schools must be to get the testing done as quickly as possible.