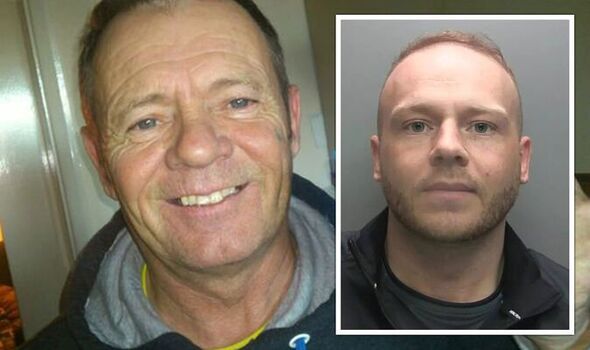 The son of a man convicted of drug-dealing who had twenty-two children with eleven different women has been imprisoned for murder, becoming the latest member of the family to commit a criminal offence. Kane Hull, reported to be one of Raymond Hull’s offspring, was found guilty of the murder of Ryan Kirkpatrick, alongside Liam Porter.

The two had denied murder but the jury at Carlisle Crown Court found them both guilty.

Hull, 29, was sentenced to at least 28 years and Porter, 33, to at least 26 years after allegedly stabbing the 24-year-old on a night out at a bar last September.

The trial heard there had been an altercation between Hull and Mr Kirkpatrick, in which the killer attempted to assault his soon-to-be victim with a glass.

Fifteen minutes later, Hull returned to the bar wearing a balaclava and stabbed Mr Kirkpatrick, while Porter was said to have helped plan the attack and was at the scene when it occurred.

The court heard that there had been “bad blood” between the three after Hull was imprisoned in 2018 for affray and possessing an offensive weapon, after he chased Mr Kirkpatrick and attacked him in a betting shop.

Hull and his accomplice were arrested in Ireland ten days after their attack on September 18, 2021, after attempting to hide from police.

Following their sentencing, Detective Chief Superintendent Mick Bird, who led the investigation for Cumbria Police, said the “shocking attack” had “robbed a young man of his life”.

The investigation that ensued was “one of the most significant and resource-intensive” the force had undertaken in years.

Raymond Hull – dubbed one of Britain’s most feckless dads – has also reportedly had his brushes with the law.

In 2014, according to the Mirror, he was sentenced to 18 months in prison after being caught with a stash of marijuana.

However, the judge suspended his sentence so he could help his then-girlfriend care for their then-seven-month-old child.

In 2018, he is said to have knocked down a 90-year-old woman while doing nearly twice the speed limit.

However, he was again reportedly spared from doing time as the judge believed it would have a “devastating effect” on his youngest children.

Multiple outlets say that the elder Hull has cost the taxpayer more than £1million to look after his progeny.

Instead, he is believed to have received a nine month suspended sentence, a curfew and a three-year driving ban.

Kane Hull is not the only son of the elder Hull to face time behind bars: in 1996, Adrian Hull was said to be imprisoned for causing a death.

Leon Hull, another son, was reported by the Mail to have been imprisoned in 2020 for assault, after he was part of a group that beat and set someone on fire.

He was previously said to have received a jail sentence for armed robbery in 2009.

Other men who have been ranked among the nation’s most feckless include Keith MacDonald, from Sunderland, who a 2015 Channel 5 documentary showed had sixteen children with ten different women.

It is estimated that his brood will have cost the taxpayer around £2million by the time they are all adults.

Another subject of the documentary was Mike Holpin, who sired forty children by 20 different women.

He boasted in the programme: “I’m as fertile as sin. I don’t believe in contraception and I love sex.”

One of his sons described him at the time as “the worst dad in Britain”.

Time’s up for Barnier! Brexit in hands of EU leaders as negotiator’s mandate runs out

Pension freedoms age rise could be scrapped as taxman to suffer