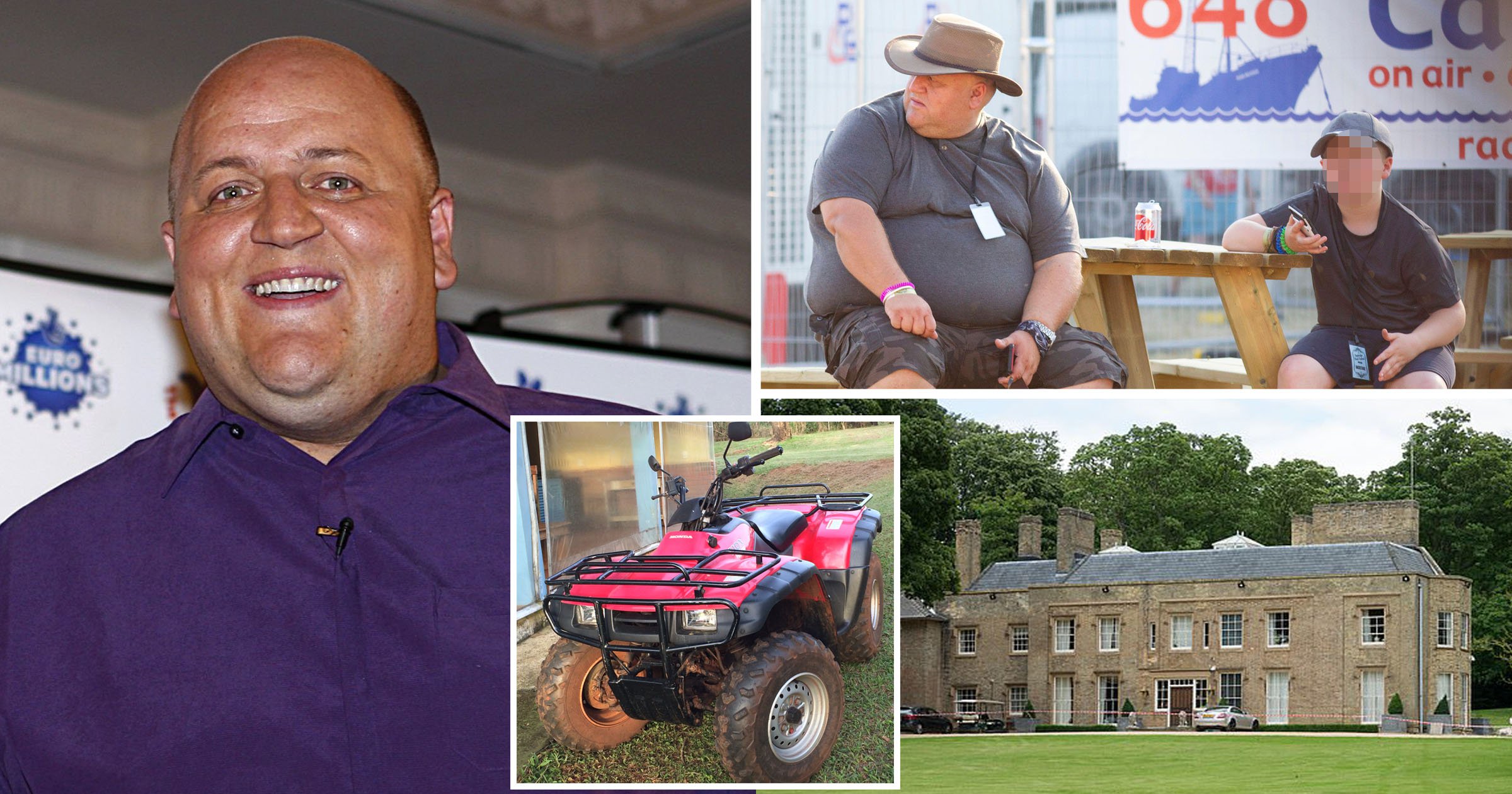 The teenage son of EuroMillions lottery winners is out of an induced coma after a horrific quad bike crash, reports say.

Cameron Bayford, 13, is said to have been hit by a car driven by his sister during the August 23 accident.

But the youngster is now out of the coma, with his parents, Adrian – who shared the £148 million prize with his then wife, and the children’s mum Gillian – at his bedside, according to The Sun.

The full extent of his injuries have not been made public, but one family friend told the paper: ‘This is the best news that the family could have hoped for.

‘Cameron has been taken out of the induced coma by doctors but there is still a long way to go.’

But former postman Mr Bayford, who won in 2012, is said to blame himself for the incident.

‘He allowed his son and daughter to go out around the estate on those vehicles.

‘His daughter is too young to drive on a public road, but as it is a private estate she did not need a licence. The kids were on his watch as they were with him while their mum was in Scotland.

‘The quad bike was bought by Adrian so he could get around the estate. It was one of the ‘boy’s toys’ he bought after his big win.’

The parents were Britain’s biggest ever lottery winners but split up within a year of the win.

The pair’s children were using the vehicles on their dad’s 148-acre estate in Cambridgeshire when the accident happened.

Cameron was rushed to hospital last Monday and was still in intensive care on Saturday night.