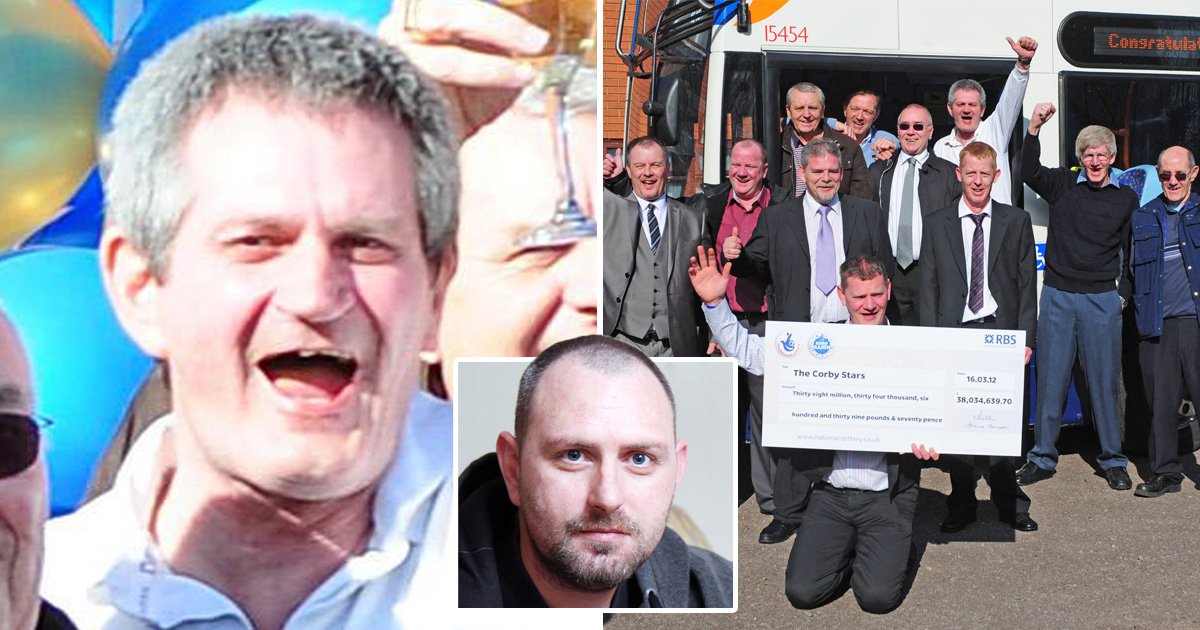 A family has been ripped apart after a bus driver was part of a syndicate that won £38 million on the Euromillions.

Alex Robertson, 77, got £3.1 million after splitting the winnings with his colleagues 10 years ago.

However, his sons William and Alex Jnr, ended up harassing him when he refused to hand over any cash to them.

They were charged with sending threatening text messages, but the case was dropped in 2013.

Alex Jnr, 45, said that all he gave them was 200 cigarettes so they resorted to wrecking his new 4x4s.

He told The Sun: ‘We ended up taking hammers to his two new 4×4 Shoguns.

‘We walked up his driveway at 11pm and put two claw hammers through the windows of the car. We then reported ourselves to the police.’

The son previously said the lottery win was ‘the worst thing that ever happened to his family’.

At the time of the win 10 years ago, Alex Snr, from Corby, Northamptonshire, said he was going to use the money to fly his 78-year-old mum to see her twin in Australia.

Winning families can end up fighting over the money as the National Lottery has a rule which states only one person can receive the funds in their account.

Just last week, a man spoke out about losing a lottery share he and his live-in girlfriend won together.

Kirk Stevens, 39, claims he told Laura Hoyle, 40, to pay £25 a week into the lotto for them instead of paying rent while they lived together.

The couple ended up scooping £10,000 a month for 30 years on the lottery last March.

But Laura apparently ditched him in June, moved into a £500,000 new-build house and cut him off from the ‘allowance’ she was giving him from the jackpot – worth a total of £3.6 million.

Kirk said: ‘She just told me she didn’t want to be with me anymore. Our relationship had gone downhill but I wasn’t expecting the split.’

Camelot says despite Kirk and Laura’s names being jointly emblazoned on a winner’s cheque, it was a fake used for publicity.

It said all Lotto wins are paid to an individual, even in a syndicate, and the winning account used was Laura’s.