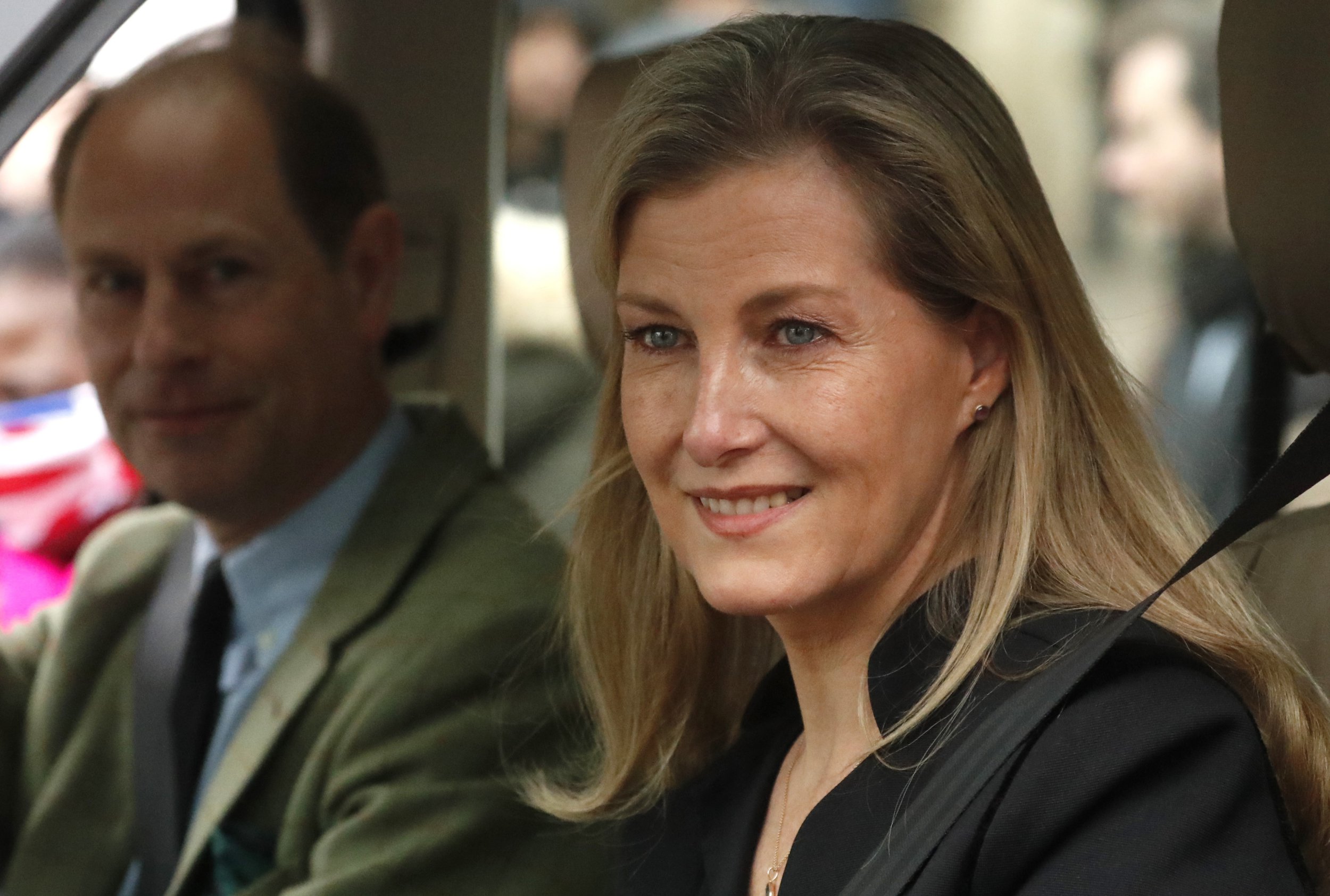 Sophie Wessex has said the royals are ‘still a family, no matter what happens’ following tensions earlier this year in the wake of the Duke and Duchess of Sussex’s explosive Oprah interview.

She and husband Prince Edward, the Queen’s youngest child, also said they were ‘flattered’ to be taking on a more prominent role in a slimmed-down monarchy after Harry and Meghan’s move to California.

In an interview with The Telegraph Magazine, the Countess of Wessex said she had a ‘lengthy chat’ with Harry after the Duke of Edinburgh’s funeral in April.

It was the first time Harry had been in the UK since stepping down as a senior working royal for a new life of personal and financial freedom in the US with Meghan and their son Archie.

His trip in honour of Philip also came just weeks after the Sussexes controversial interview with Oprah Winfrey, in which they accused the royal family of racism and the institution of failing to support the suicidal duchess.

When asked whether they watched the interview with the US chat show host, Prince Edward joked: ‘Oprah who?’ Sophie playfully added: ‘Yes, what interview?’

In the Wessexes first public comments since the funeral, Sophie told The Telegraph Magazine: ‘We are still a family no matter what happens, we always will be.’

Recounting the ceremony, Edward said it was ‘extraordinarily odd walking into St George’s Chapel and finding the nave completely empty’.

He went on: ‘It’s always difficult with these kinds of things because you’re in the middle of it, so you’ve got no idea what it necessarily looks like from the outside.

‘It became really poignant to be there because it was suddenly so very intimate.’

The couple singled out the moment when soldiers at Windsor Castle’s Quadrangle bowed their heads and inverted their weapons before the customised Land Rover hearse arrived.

The Countess also recalled the powerful image of the grieving Queen sitting isolated in the chapel due to coronavirus restrictions, adding: ‘To see Her Majesty on her own; it was very poignant.’

Reflecting on their more prominent role in the monarchy, she said: ‘We’ve plodded along doing what we’re doing, hopefully doing it well. And then all of a sudden there’s a bit of a hiatus and things have changed a bit.

‘Naturally, the media are looking for people to fill the so-called void. But you know, we have been doing this for what feels like a pretty long time.’

Between them, the Wessexes have been carrying out royal engagements for the past two decades and combine for more than 500 each year.

Sophie added: ‘If people want to pay more attention to what we’re doing, then great.’

She said her children Lady Louise Windsor and James, Viscount Severn, ‘still keep expecting to see grandpa arrive in his green Land Rover’ as the couple pledged to continue Philip’s work through the Duke of Edinburgh award.

The couple said the Queen had been ‘keeping busy’ since her husband’s death, with Edward telling the magazine: ‘The job is not something you can walk away from, it just carries on relentlessly.’