South Western Railway (SWR) which covers the busiest routes across the entire south west coast and beyond have kicked-off industrial action with a bang – by cancelling nearly half of the colossal firm’s 800 daily trains in and out of Waterloo. The four-day strike is the 35th since industrial action over train guards started two years ago. Since then it has been nothing short of a headache for workers reliant on SWR services.

Commuters were quick to condemn the strikes on social media.

One said: “#SWRstrike so the Govt will compensate @SW_Help during the strike but not passengers – how unfair is that? As the @RMTunion has caused this disruption then any money ultimately from the tax payers should be sequestered from the union – law needs changing to financially penalise.”

Another, in a direct post from RMT, said: “The fact that no one knows you are striking means no one cares. All you do is disrupt peoples day #SWRStrike #useless #getanewworkforce.”

A third commenter said: “Tomorrow South Western Railway goes on strike. You may not notice the difference. The service is so bad, it can’t get any worse really. #firethemall #swr #southwesternrailway #strike.” 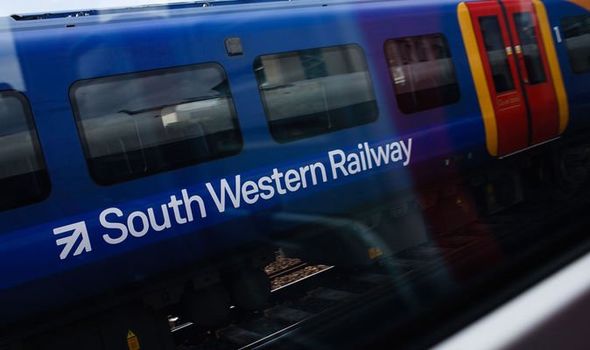 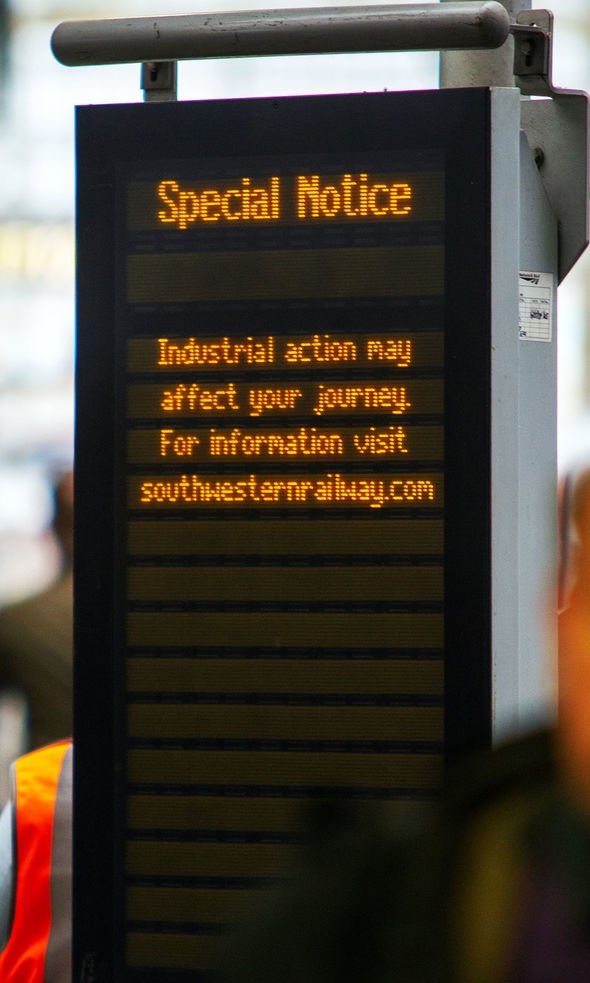 A forth said: “I really wish the people on the #SWRStrike would lose their job. Just f**king quit and look for another job if you don’t like it. Some of us need to get to work.”

Militant union RMT said members were “rock-solid” on the picket lines today while demanding SWR “get serious” about their demand to not slash the role of guards of trains.

RMT general secretary Mick Cash said: “Our members are standing united and rock-solid on their picket lines again this morning on this first day of the latest phase of strike action in the fight to put safety first on South Western Railway.

“Despite all our efforts to pin down an agreement that honours promises made by SWR, and which protects the safety-critical role of the guard at the platform/train interface, the company have played fast and loose and attempted to kick this fundamental issue into the long grass.

“RMT members have not come this far in the long fight for safety on South Western Railway only to be snubbed when a deal is clearly there to be done.

“It is now down to the company to get serious and listen to what their own staff are saying.”

But SWR have said consistently they will keep guards on trains.

An SWR spokesman said: “The RMT has always said it wanted us to keep the guard on every train, which is what we have offered as part of a framework agreement.

Fears of ‘unprecedented’ war in retaliation to Israeli strikes

“We want to move the conversation on to how we operate our new trains and take advantage of the new technology on board to benefit our customers.

“We remain committed to finding a solution that will help us build a better railway for everyone.

“During strike action, while services are likely be busier than usual, we will do everything we can to keep customers moving.

“We will be running just over half our normal timetabled service over the course of the four days and have rail replacement services and ticket acceptance in place on other transport providers wherever possible.

“We will also look for opportunities to introduce extra services each day to help keep our customers moving so recommend checking the SWR app for the latest travel information.”

This has led to confusion about what unintuitive members are actually striking for.

One said on Twitter: “I don’t disagree with keeping the guards; sure we can find bad and good examples of people doing their jobs. This misses the point though, SWR say they are keeping the guards? That is why I don’t understand what the strike is actually about!”

Footballer 'could have been blinded' by fireworks that exploded on pitch