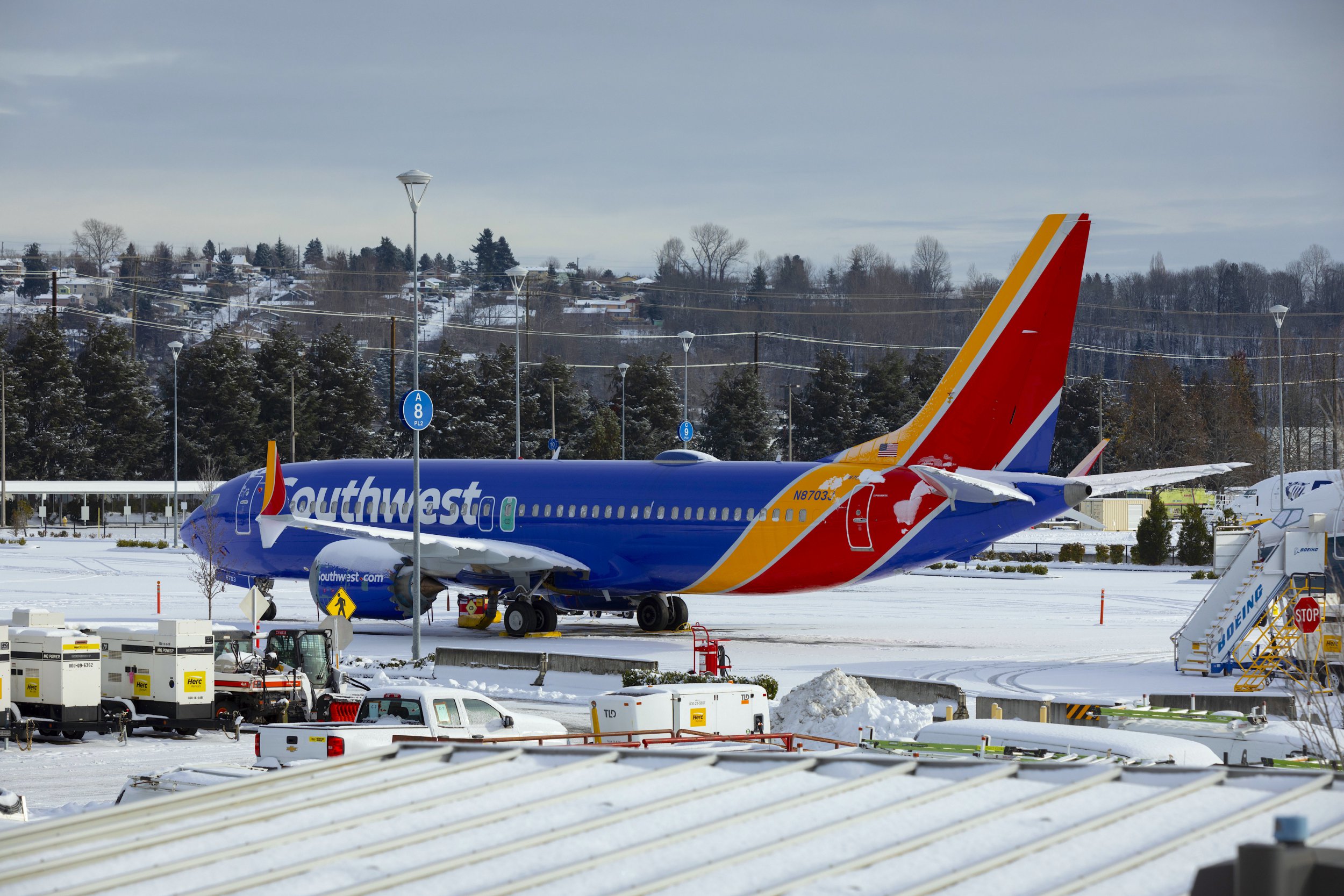 Southwest Airlines has canceled more than 80% of its flight schedule after a massive winter storm, leaving thousands of passengers stranded at airports.

The Dallas-based carrier did not operate nearly 3,000 flights on Monday and delayed hundreds of others, which disrupted over 80% of its schedule, Bloomberg reported.

Southwest called off more than 60% of its flights on Tuesday, making up the majority of cancelations across airlines in the US, according to FlightAware. The airline has also canceled roughly 61% of flights on Wednesday and 14% on Thursday.

Passengers were left to sleep on the floor at airports and bags piled up at terminals across the country.

The airline apologized for cancelations and responded to angry customers on Twitter and assisted them through direct messages.

‘Our biggest issue at this time is getting our crews and our aircraft in the right places,’ Perry told The New York Times.

But Southwest was not allowing customers to rebook flights, forcing some desperate travelers to buy expensive last-minute tickets on other airlines to get get to their destinations.

The debacle prompted President Joe Biden to weigh in. He said customers could be eligible for compensation from Southwest since the airline was not meeting the US Department of Transportation’s standards.

The Transportation Department said it would examine the situation and stated concern over Southwest’s ‘unacceptable rate of cancellations and delays’.

Senators Richard Blumenthal and Edward Markey slammed Southwest for ‘failing consumers during the most important travel week of the year’.

‘Southwest is planning to issue a $428 million dividend next year – the company can afford to do right by the consumers it has harmed,’ they stated.

‘Southwest should focus first on its customers stranded at airports and stuck on interminable hold. Southwest cannot avoid compensating passengers by claiming these flight cancellations were caused by recent winter storms.’

UK: Boy, 13, dies of coronavirus 'without any family close by'