CÓRDOBA, Spain — Carlos Alburquerque isn’t your typical rehab candidate. He’s a 75-year-old grandfather living in Córdoba, a city in southern Spain. He was a town notary before he retired in 2015. He hasn’t touched drugs or alcohol in years.

But his isn’t your typical rehab program: It’s an 11-month boot camp to reform corrupt Spanish officials and “reinsert” them into mainstream society.

“Repairing the damage is what is left for me in this life,” said Mr. Alburquerque, who is serving a four-year prison sentence for stealing around 400,000 euros, nearly a half a million dollars, in his work drawing up contracts and deeds.

Over the course of 32 sessions in an austere conference room in Córdoba’s penitentiary, Mr. Alburquerque will be monitored by a team of psychiatrists. He will sit in a circle with other convicted officials for group therapy sessions with titles like “personal abilities” and “values.” He is, in some ways, the guinea pig of an experiment meant to answer an age-old question: Buried deep in the soul of a swindler like Mr. Alburquerque, might there be an honest man?

That such a program exists in Spain may say much about the country’s belief in second chances as it does about how corruption has captured the public imagination here. Flip open a newspaper or turn on the radio: You will hear of schemes, scandals and skulduggery which almost always lead back to the public purse. 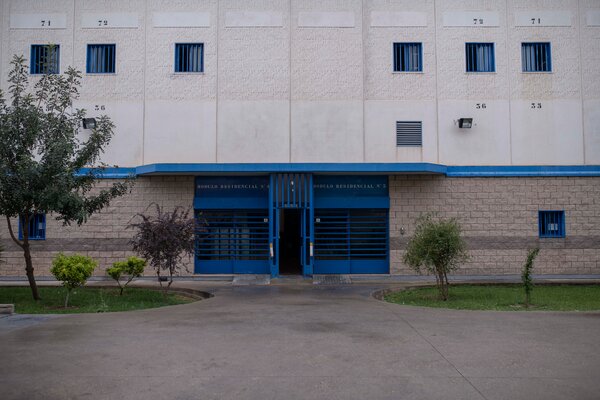 There was the so-called “Gürtel Case,” sometimes called “Spain’s Watergate,” that erupted after a raft of bribes for government contracts were discovered logged in a notebook belonging to the ruling party’s treasurer. The scandal helped topple the party from power in 2018. There was the “Palau Case,” in which the president of a Catalan music hall defrauded it of 23 million euros, using the proceeds for home renovations and lavish vacations, among other extravagances.

In the rocky coastal region of Galicia, police once nabbed a ring of corrupt town officials in a sting called “Operation Pokémon.” Why it was named after a Japanese video game was never clear — but some speculated it was because of the large number of officials involved. (There are hundreds of Pokémon characters.)

On a recent afternoon, Ángel Luis Ortiz, a former judge who now runs Spain’s prisons, let out a long sigh as he looked out from his office into downtown Madrid during a conversation about Spain’s struggles with public embezzlement. The boom-bust cycles of Spain’s economy had led it to a long history of fraudsters and betrayals of public trust, he said.

But at least, corruption rates in Spain were no worse other European nations, Mr. Ortiz said, just 5 percent of all crimes. (The anti-corruption watchdog Transparency International ranks Spain just below France, and above Italy.) It was Spain’s will to rehabilitate the offenders that set it apart from the rest, Mr. Ortiz said — an offer which now extends to some 2,044 white-collar criminals in Spanish prisons.

Nine prisons are running programs so far, which began in March. Prisoners don’t get reduced sentences for joining, but officials say participating is looked on favorably when it comes time to request parole.

Who qualifies? It’s a veritable Who’s Who of Spain.

There’s the king’s brother-in-law, Iñaki Urdangarin, the handsome Olympic handball player and former Spanish duke who is serving a fraud sentence of almost six years, and is participating in the program. Francisco Correa, a businessman nabbed in the Gürtel Case is also enrolled. (Though Spaniards know him better for his nickname, “Don Vito,” a reference to “The Godfather” trilogy.)

Yet for all the volunteers, Mr. Ortiz still thinks his biggest challenge may be convincing Spain’s corrupt officials that there actually might be something wrong with them.

“They are people with money and power — and we are struggling against this idea that they can get away with anything and don’t actually need the help,” he said.

For that, the government turned to Sergio Ruiz, a prison psychiatrist in the southern city of Seville who helped design the program. Dr. Ruiz said that in addition to getting participants to recognize their flaws in group therapy, inmates would eventually be asked to participate in “restorative justice” sessions where they would ask for forgiveness from their victims.

Dr. Ruiz explained he had been surprised at the outset when he searched the scientific literature and found almost nothing on rehabilitating white collar criminals. Psychiatrists had studied murderers ad nauseam, Dr. Ruiz explained. But few had ever bothered to get inside the mind of the shady functionary who swindled the public garbage fund.

So Dr. Ruiz decided to run a study of his own. He asked for volunteers from three groups — white collar prisoners, violent criminals and a “control” group of ordinary Spaniards — and surveyed each on their values and beliefs.

The results surprised everyone, he said.

“We think of these people as ruthless, but that’s not how it is,” Dr. Ruiz said of white collar criminals. “They have the same system of values as any ordinary citizen.”

Instead, Dr. Ruiz said, corrupt minds have a unique capacity to create exceptions to their own rules, what cognitive psychologists sometimes call “moral disengagement.” They have intricate ways of explaining away their misdeeds as somehow benefiting others rather than themselves.

And Dr. Ruiz found dangerous levels of two other traits in the fraudsters.

“Egocentrism and narcissism,” he said.

At first glance, Mr. Alburquerque, the corrupt notary in Córdoba who volunteered to be rehabilitated, doesn’t appear to have much of either. He’s mild-mannered and speaks in hushed tones even in the loud hubbub of the penitentiary. It’s hard to imagine that he pocketed nearly a half-million dollars before he was caught.

“Here, one has to take responsibility,” he said, admitting he had been wrong.

But there’s more to the story, Mr. Alburquerque said.

While sums of money may have disappeared under his watch, he had always made sure his employees were highly paid, unlike many other notary offices, he said. He had even attempted to return much of the fraud money before he was caught. Anyone in Córdoba could attest to the fact that he was a key member of the city, he added.

“I have an advantage over other mortals, but not all, in that I can sleep five hours less than others,” he said of his work ethic. “Always what I’ve done is worked and studied.”

They are words that Yolanda González Pérez, the prison warden, says she’s heard before from other white collar criminals who haven’t fully accepted their crimes.

“They tell themselves ‘I’m not as much of a criminal as the others are,’” she said.

But Mr. Ortiz, the director of the Spanish prison system, isn’t worried. He’s ready to roll up his sleeves with Mr. Alburquerque and other participants who might be willing to rethink their old ways.

Maybe a breakthrough will come early on, when according to a summary of the rehabilitation manual, psychiatrists will begin the process of “therapeutic alliance” to form a bond with the corrupt officials.

Or later on in week five, when the inmates “will finally take on the subject of developing humility and empathy.”

It takes patience to change someone, Mr. Ortiz said.

“We can be working months in these sessions,” he said. “We just keep at it with the prisoners and we’ll see when the fruit is ripe.”

Fury over plot to isolate pensioners even AFTER lockdown lifted – ‘An outrage!’