The monarch has opted for white dresses which are a characteristic style in the Balearic islands, specifically in Ibiza. The flowy outfits, paired with comfortable espadrilles, were Letitia’s go-to styles for the summery location.

During the trip, she mainly wore white dresses, except for one event where she wore a red belted dress.

The monarch has been praised by royal experts as being well-suited for the royal life, despite not coming from a royal family herself.

Historian Charles Powell of Real Instituto Elcano told the Reuters news agency that due to her non-royal background she “grounds” the king.

He said: “I think their marriage was a very positive thing.

“She makes him aware of everyday issues, everyday problems.”

Letizia became queen in 2014 when her husband, Felipe VI became king of Spain following the abdication of his father Juan Carlos.

When Felipe ascended to the throne, historians and royal experts welcomed the idea of Letizia becoming the first-ever non-royal to become queen of Spain. 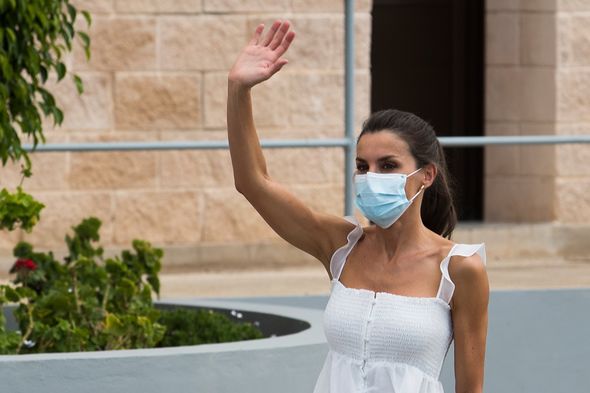 Paloma Barrientos, a reporter covering the palace in Madrid at the time, added the Queen had built a “solid” presence due to her upbringing.

She said: “The preparation of the future queen is solid because before she was Queen she was a woman with a degree, who comes from the lower middle class with parents and grandparents who had to work for a living.”

Letizia was born in the northern Spanish city of Oviedo in 1972 and worked as a journalist at newspapers La Nueva España and ABC. 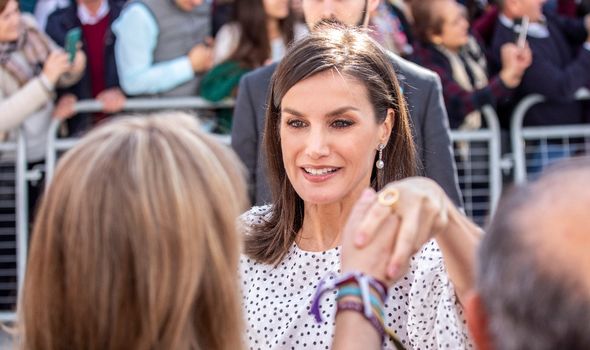 She worked in Mexico for Siglo XXI and covered stories such as the 9/11 attacks on New York and the Iraq war.

One of her most famous public moments after she met Felipe happened as the couple announced their engagement.

She notoriously told Felipe in public to “let me finish,” in front of a throng of cameras as she tried to speak to the media.

Letizia and Felipe went on to have two daughters Leonor, 8 and Sofia, 7.

But Spain’s royal family is now surrounded by controversy as former king Juan Carlos I decided to self-exile amid a corruption investigation. 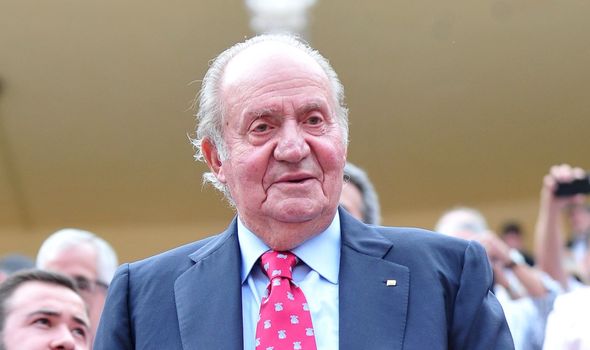 Juan Carlos expressed his desire to leave his home country in a letter to his son, Felipe.

He wrote: “Guided by my conviction I can offer the best service to Spaniards, its institutions and to you as King, I am communicating my decision to move away from Spain.

“It’s a decision I am taking with deep feeling but with great serenity.

“I have been King of Spain for almost 40 years and during that whole time, I’ve always wanted the best for Spain and for the Crown.”

He signed off the letter: “With affection as always, your father.”