Under EU law, only cheese from Spain’s La Mancha region can be called “queso manchego”.

But a manchego cheese producer in a different region allegedly used illustrations on its labels depicting Don Quixote, his bony horse and countryside with windmills.

The cheese derives from central Spain’s La Mancha to the south of Madrid, where the 17th century novel Don Quixote de la Mancha by Miguel de Cervantes is set.

None of the products are covered by the protected designation of origin for the popular cheese known as manchego, and the Queso Manchego Foundation argued that the company was evoking that status improperly.

The Luxembourg-based court issued its opinion on the case, ruling on Thursday that such images may trigger associations with the protected product in a shopper’s mind. 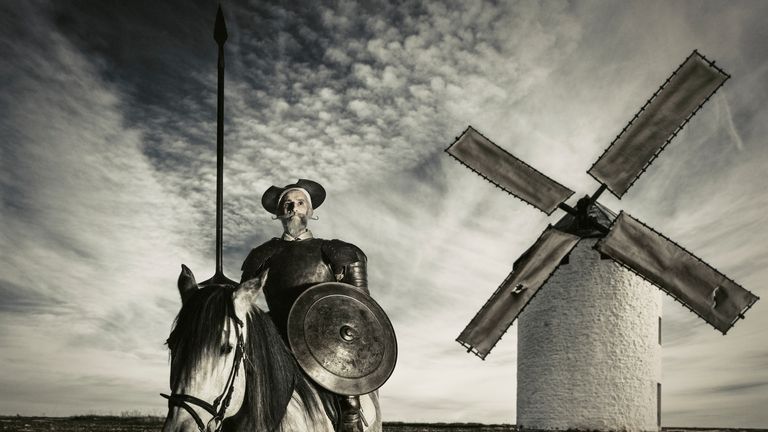 It told Spain’s Supreme Court, which is hearing the case, that the images might be unlawful.

“In the present case, the referring court must ensure that the figurative signs at issue in the main proceedings, in particular the illustrations of a character resembling Don Quixote de La Mancha, a bony horse and landscapes with windmills and sheep, are capable of creating conceptual proximity with the PDO ‘queso manchego’ so that the image triggered directly in the consumer’s mind is that of the product protected by that PDO,” the ruling states.

The story of Don Quixote de la Mancha follows the adventures of a noble named Alonso Quixano who reads so many chivalric romances that he loses his sanity and decides to become a knight-errant.

He decides to revive chivalry and serve his country under the name Don Quixote de la Mancha.

The novel, published in two parts, is regarded as one of Spain’s most influential works of literature.

The Iceman cometh: whipping up a storm at Teddy's