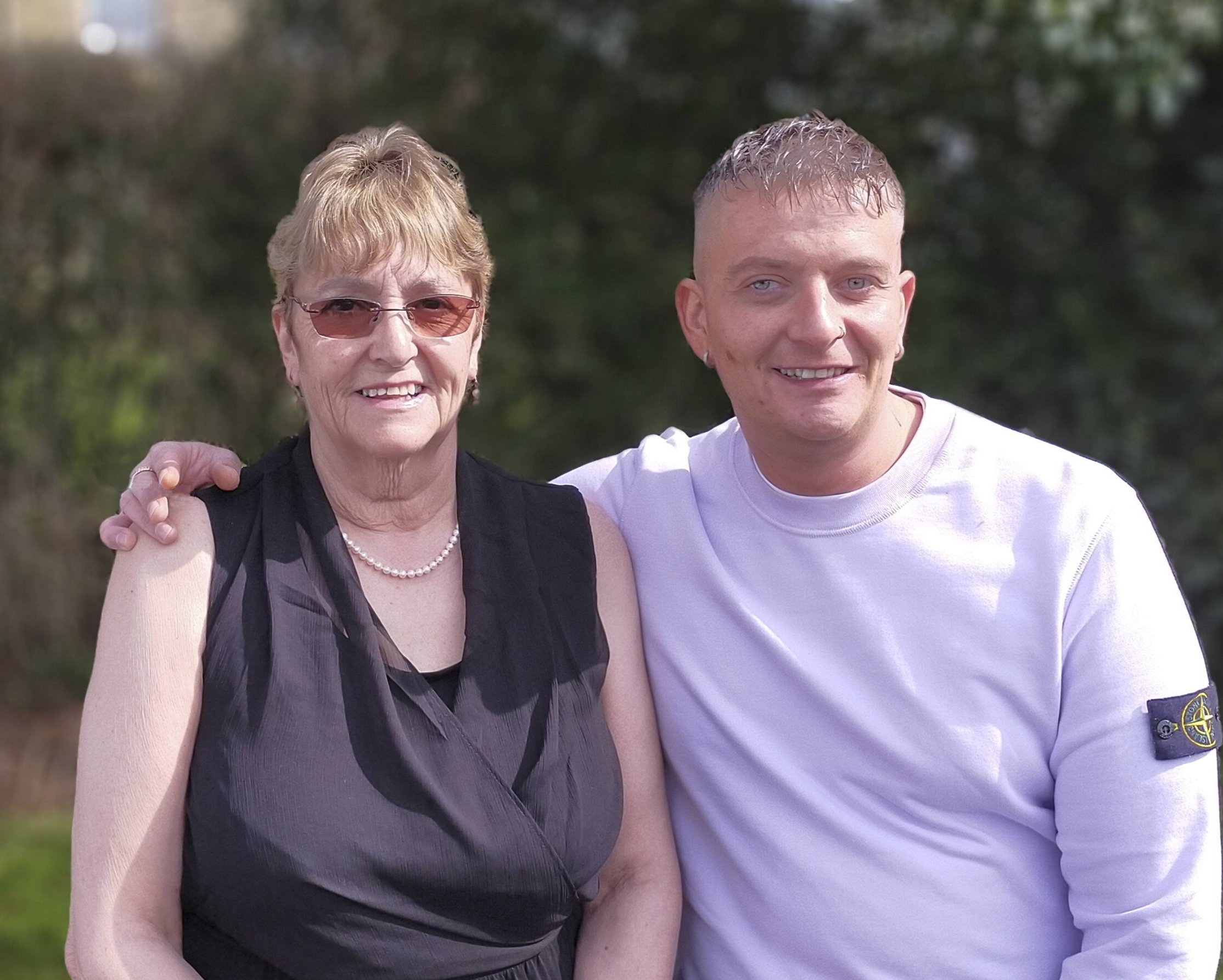 A carpenter suffered a life-threatening stroke, blindness, sepsis and pneumonia – after a wood splinter in his hand got infected.

Dave Parkyn was left blind in his right eye, partially sighted in his left and physically disabled after the stroke at the age of just 28.

The carpenter from St Austell, Cornwall, got a splinter of wood caught in his hand whilst working in August 2020.

The splinter had festered, leading to bacterial meningitis and the infection rampaged through his body causing massive and severe strokes.

Within two days from coming home from work unwell, Dave was in intensive care in a medically induced coma with machines sustaining all his bodily functions.

‘He deteriorated through the evening and was in intense pain so I rang 111 for advice.

‘He saw the GP who diagnosed a possible pulled muscle in his back which was causing the headache. He was sent home and told to come back in a couple of days if he was no better.’

Dave, now 30, unfortunately deteriorated through the night and was taken to hospital the next day.

In addition to the stroke, he was suffering from pneumonia, chest abscesses and sepsis.

His family were advised his life support would be turned off if he showed no signs of improvement later that week.

In the two years since his stroke, Dave and his family have struggled to cope with the emotional implications of the incident.

The ordeal has ‘devastated’ the young man’s dreams, and he has ‘lost his income, his self-confidence, pride and ambition’, according to his mother.

Dave – who was left partially blind and with other disabilities affecting an arm and a leg – said speaking to a counsellor was a relief.

He said: ‘It helped me think about how to let out my anger and frustration which is a huge part of the healing process,

‘It was just nice to be able to talk to someone and share my feelings and not feel judged.

‘When I come out after our sessions I feel like a big weight has come off my shoulders.’

His mother Jackie said she had learned to cope with feelings of ‘deep guilt’ after the accident.

She added: ‘The counselling from the Stroke Association has helped us both get what has happened in a better perspective, although neither of us will ever really accept how that has devastated his life.

‘Dave will never fully be able to do the job he loved so much but has recently returned to work as a carpenter, although not in the same capacity he formerly was.

‘He is now beginning to accept some of what has happened and is trying to re-build a career and a life, albeit different to the one he planned.’

Stroke survivors can contact the Stroke Association charity on 01872 301689 or find out more about getting emotional support on their website: https://http://www.stroke.org.uk/finding-support/cornwall-emotional-support-service

Royal commentator Charles Rae's tribute: 'She had an aura you couldn't explain'