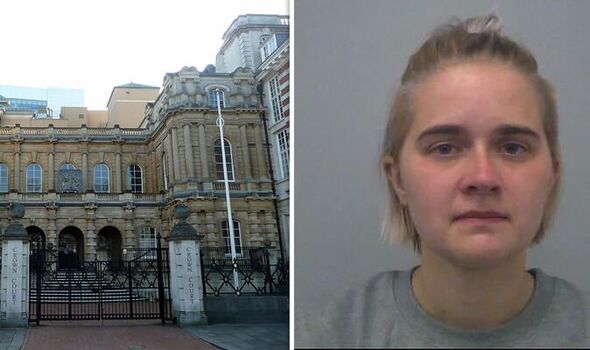 A Sports Direct worker who put out a hit on the dark web for a colleague she was in a love triangle with has been jailed for eight years.

Whitney Franks, 27, tried to find a hitman who would get rid of love rival Ruut Ruutna for £1,000 in BitCoin.

She was convicted by a jury of soliciting to murder in July.

The court heard she put out the hitman plea, which gave Ms Ruutna’s address, on a page claiming to sell “murder, drugs and guns”.

Reading Crown Court heard two posts made by Franks on the dark web were spotted by BBC journalist Carl Miller, who reported it to police.

Sentencing Franks today (Thursday), Judge Paul Dugdale said the case was “unusual and sad” and added: “The reality is sitting at home in August 2020 during lockdown clicking on her computer accessing the dark web, Whitney Franks may well have not really thought through what she was doing.

“She may have made some very wrong decisions through her immaturity and naivety. She tried to contact [a website] to hire someone to kill Ruut Ruutna, she gave that organisation Ruut Ruutna’s name, address, social media details – everything they needed to find her.

“She said right at the start of the contact ‘I’m looking to hire for the murder of a woman’. When she did this, it was Whitney Frank’s intention that the person she contacted on the dark web would kill Ruut Ruutna.

“I understand from everything I have read how out of character that action was.” 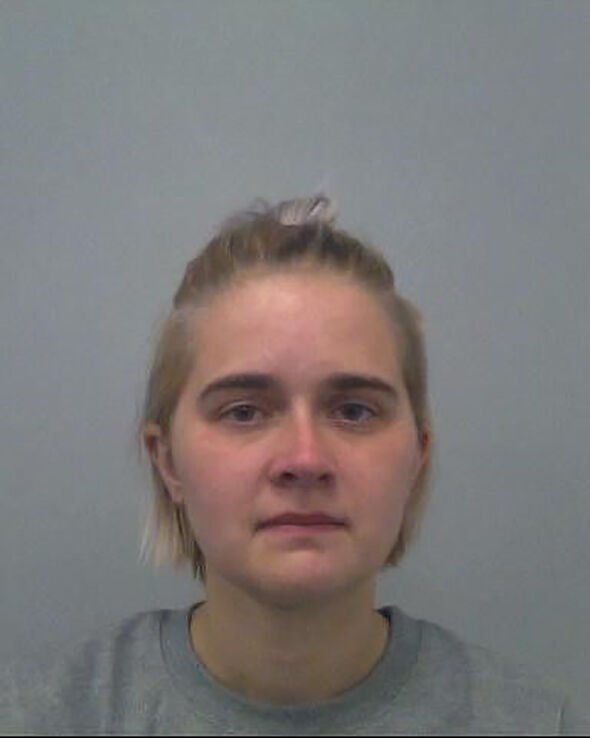 Speaking today, prosecutor Andrew Copeland said Franks started working at Sports Direct in 2011 when she was 16-years-old and met manager James Prest when he joined the store in 2014.

They started a relationship in 2016 and, in 2017, Ms Ruutna started working at the store and also began seeing Mr Prest.

Franks had asked Mr Prest, who lived with his long-term partner he shares two children with, to stop sleeping with Ms Ruutna but, by August 2020, became aware he was still seeing her.

Mr Copeland said: “On August 17, 2020, Whitney Franks turned up at the Milton Keynes branch of Sports Direct. James Prest describes her as being clearly upset and made a comment about him sneaking around at night to Ruut Ruutna’s house.

“On August 18, Whitney Franks sent an email to James. The contents set out amongst other things her difficulties with her family and school life and a reference to taking her own life.”

The court heard Franks put her first dark web post, using a fake name, out on the same day as the email, and a second the day after.

The first post read: “I am looking to hire for a murder of a woman. I don’t have much money, I can offer £1,000 in sterling but I’m willing to pay more… This woman has caused a lot of problems for myself and others, please can you help me resolve this for the best cost.”

The next day, Franks made a second post with a different pseudonym, giving Ms Ruutna’s name, address, Facebook details and Twitter handle, writing: “Murder needed, please let me know if you can help with my budget in any way.”

Franks later sent another email to Mr Prest telling him she could give him the “whole world if you just give me the chance”.

She added: “I truly mean it more than I ever have in the last five years. Give me the chance to prove to you. I have been thinking a lot this week and reminiscing a bit. I apologise in advance if I’m a bit rambly.”

When police went to Sports Direct to speak to Ms Ruutna about the dark web post, she told them she had a “hunch” it was Franks.

During the trial Franks told jurors she made the post but denied she wanted to see Ms Ruutna dead – claiming she made the offer to see if the “bizarre” website was a scam.

James McCrindell, defending Franks, said his client was in a “dark place” at the time.

He added: “The evidence at trial was that the persons she was dealing with were in fact scams or fraudsters so no harm was in fact ever going to come about on the face of the evidence.”

Judge Dugdale said: “In this case there was no risk of any injury to Ruut Ruutna. Whitney Franks had come across a scam website, one that was going to take her money and do nothing in return for it. But she didn’t know that.”

Franks, of Two Mile Ash, Milton Keynes, Buckinghamshire, will serve two-thirds of her prison sentence before she can be released on licence.

Another patient tests positive for deadly coronavirus in England