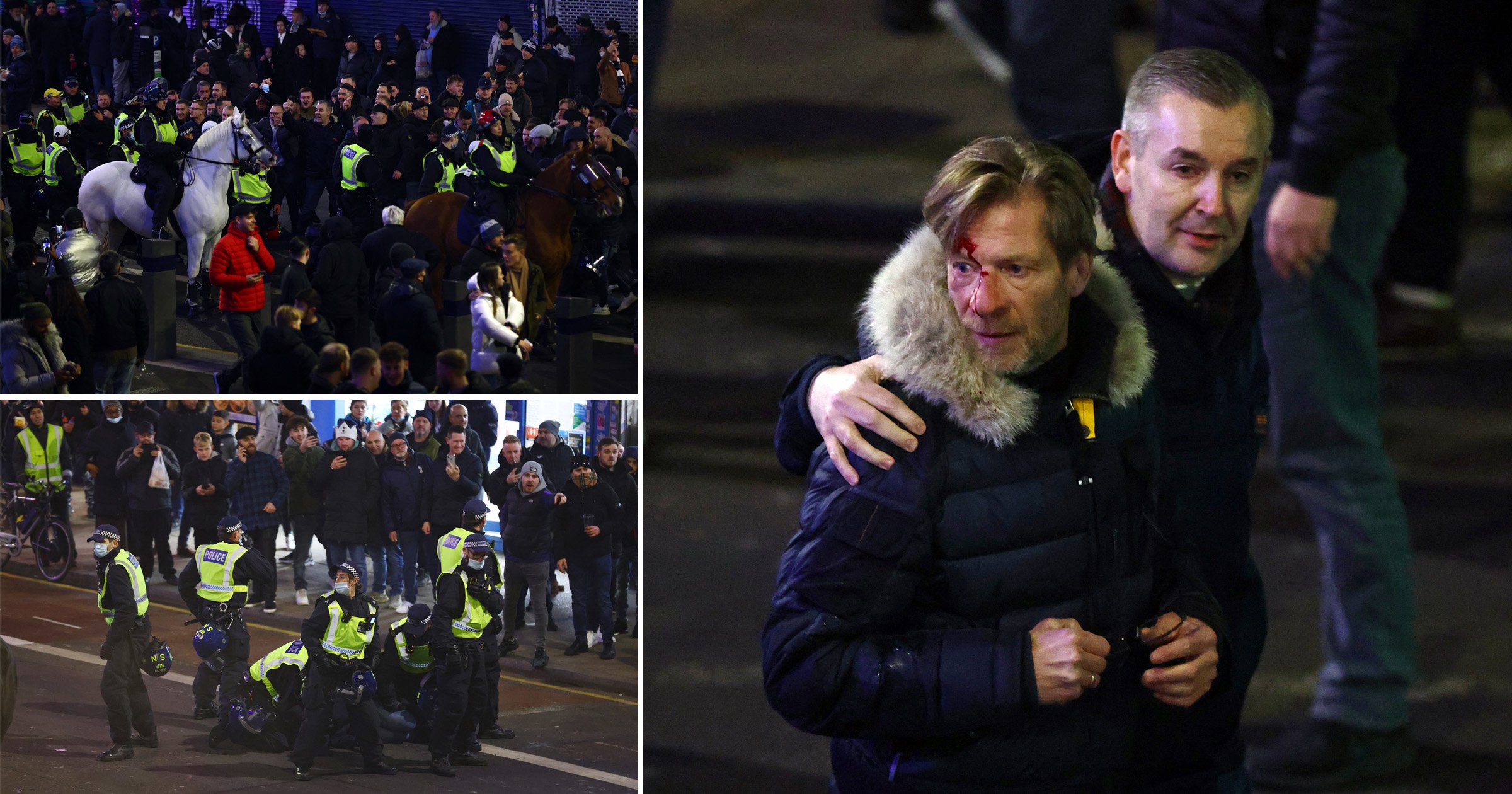 Police have made several arrests after Tottenham and West Ham fans clashed before their Carabao Cup match last night.

Video footage showed football fans fighting outside the Tottenham Hotspur Stadium in north London an hour before kick-off as baton-wielding police tried to separate them.

In one image a supporter was shown with a bloodied face and another clip posted online appeared to show a man getting knocked out.

The Met Police confirmed they had made five arrests following the violent clashes.

A Met police spokesman said: ‘A robust and proportionate policing plan was in place for this fixture.

‘Officers responded to sporadic fighting outside the ground ahead of the Tottenham Hotspur v West Ham United EFL Cup match on Wednesday, 22 December.

‘The crowd was quickly dispersed by officers.

‘Officers will be present outside the ground and in the local area as fans leave the area.’

The fighting broke out despite police escorting West Ham fans to the stadium after clashes at a previous match between the two sides.

There were also reports of skirmishes at several train stations between fans and bottles being thrown following the match.

Riot police were seen inside the ground helping to keep the peace.

Meanwhile, Tottenham boosted hopes of ending a 14-year trophy drought by edging out West Ham 2-1 to make the last four of the Carabao Cup.

Spurs coach Antonio Conte is set for a reunion with Chelsea after Tottenham were paired with his former club in the semi-final.

So much for distancing themselves from the royals! Meghan and Harry’s baby name ‘strange’