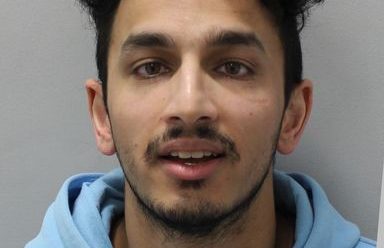 A man jailed for stalking 121 women and tried justifying raping them may have more victims, police fear.

Vishaal Vijapura, 28, took his victims’ pictures from their social media profiles then published them with captions encouraging serious sexual violence against them.

His obsession became so much that he paid hundreds of pounds for online services to find their personal details, including home addresses, and added them to his posts.

He even wrote one post titled ‘why rape is better than sex’.

In some cases, Vijapura paid an ancestry website to find out even more detail about his victim’s backgrounds and their families.

He messaged many of his victims directly and struck up conversations – particularly of a sexual nature – making many of them feel uncomfortable.

He told one victim he would rape her at home address and film the assault so it would go viral. He told another woman he would leave her ‘completely unconscious’.

When he was blocked on one account, he would make a new identity and start messaging his target on another.

His behaviour came to light in January 2021 when he published a list of women’s names from all over England, along with an essay that tried to justify why they should be raped.

Vijapura has now been jailed for nearly three years and subject to a court order for five years.

However, police are now looking for any more women who may have fallen victim to his crimes.

Detective inspector Paul smith said: ‘Some of the victims police have contacted were too scared to venture out alone after the threats received from Vijapura.

‘The internet is now a safer place with future proofing against ongoing offending from this man in the form of a custodial sentence. This kind of criminality is dangerous and offensive and will absolutely not be tolerated.

‘The victims in the case have shown great strength in coming forward. They have supported the investigation and provided evidence of how Vijapura’s misogynistic behaviour has deeply affected their lives. it is wholly right that he has received a custodial sentence.’

‘Not the way to protest!’ Canadian Queen Victoria statue vandalised AGAIN amid upset

British PM Theresa May 'optimistic' Brexit deal with Labour is near