The eight-year jail term for the mother of murdered toddler Star Hobson has been referred to the Court of Appeal after it was deemed “unduly lenient” by the attorney general.

Last month, Frankie Smith was jailed after being convicted of causing or allowing her daughter’s death.

Sixteen-month-old Star was murdered by Smith’s partner Savannah Brockhill who was sentenced to life in prison, with a minimum term of 25 years. 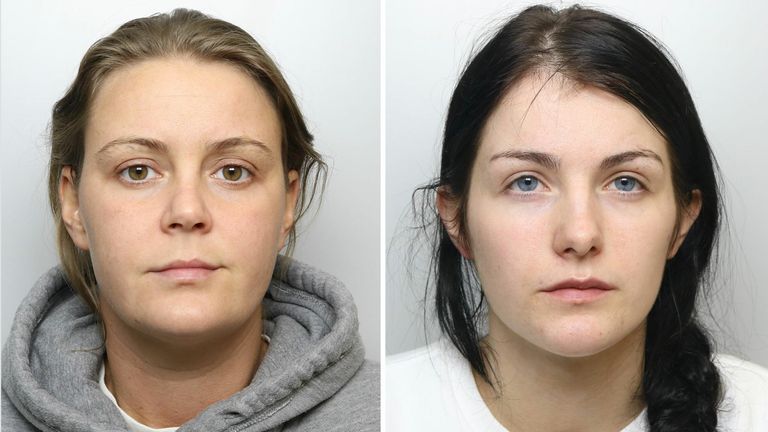 Attorney General Suella Braverman has referred Smith’s sentence to the Court of Appeal under the Unduly Lenient Sentence scheme.

She said: “I have carefully considered the details of this case, and I concluded that I can refer Frankie Smith’s sentence to the Court of Appeal as I believe it is unduly lenient.”

Ms Braverman decided that Brockhill’s term was not unduly lenient, however.

She said: “I can only challenge a sentence if it is not just lenient but unduly so, such that the sentencing judge made a gross error or imposed a sentence outside the range of sentences reasonably available in the circumstances of the offence.

“The threshold is a high one, and the test was not met in this case.”

A life “marked by neglect, cruelty, and injury”

During a two-month trial late last year, prosecutors said that Star was taken to hospital from the flat where she lived with her mother on 22 September 2020, but her injuries were “utterly catastrophic” and “unsurvivable”.

Mrs Justice Lambert had sentenced Brockhill and Smith, from Keighley in West Yorkshire, telling them that Star’s life was “marked by neglect, cruelty, and injury”.

A “fatal punch or kick” had caused the toddler to lose half the blood in her body and caused internal injuries, with force similar to that seen in a car crash, she said.

Prosecutors had said the injuries that caused Star’s death involved extensive damage to her abdominal cavity “caused by a severe and forceful blow or blows, either in the form of punching, stamping or kicking to the abdomen”.

The jury was also shown a series of CCTV clips, filmed at a recycling plant where Brockhill worked as a security guard, which prosecutors said showed her delivering a total of 21 blows to Star over a three-hour period.

After five referrals to social services, what opportunities were missed to save Star Hobson?

The court was also told that Smith’s family and friends were concerned about Star’s bruises in the months before her death.

But Brockhill, 28, and Smith, 20, were able to convince care workers the marks were accidental, or that complaints were made maliciously by people who did not accept their relationship.

Terrorist who killed three men aimed to slaughter as many people as possible, court hears