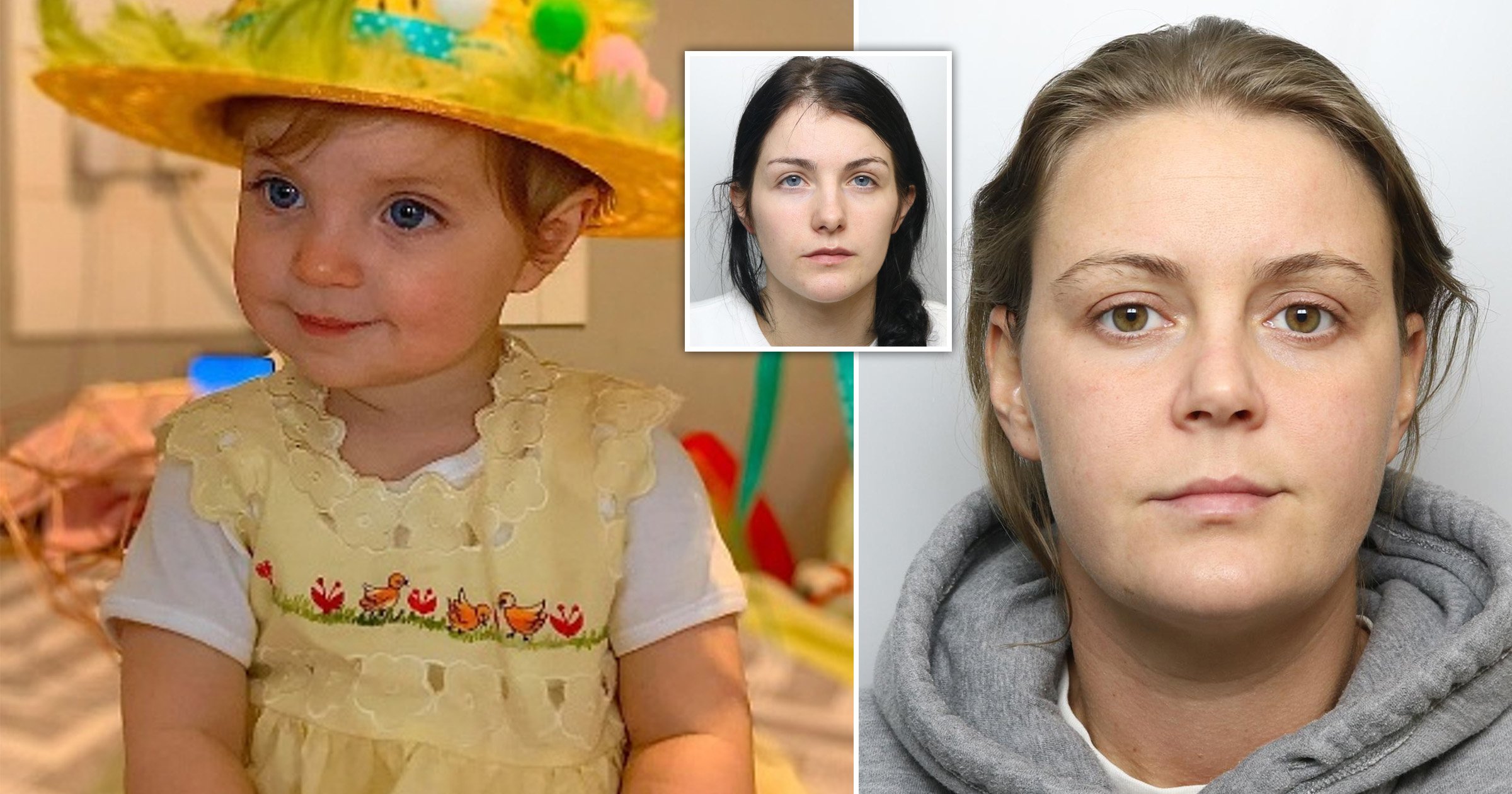 ‘Pure evil’ Savannah Brockhill has been jailed for 25 years for the murder of Star Hobson.

The 28-year-old subjected the toddler to months of abuse before inflicting ‘utterly catastrophic’ injuries.

Star’s mother and Brockhill’s former partner, Frankie Smith, 20, was cleared of murder at Bradford Crown Court, but was convicted of causing or allowing her death.

She was sentenced to eight years for her role in the tragic end of her daughter’s life.

The sentences come just days after the full horror of the end of Arthur Labinjo-Hughes’ life was laid bare in court, another case which raised serious questions about how vulnerable children are cared for in Britain.

Star’s great-grandfather David Fawcett led the dismay over why social services and police did not act despite five different family members and friends raising concerns with the authorities.

Asked about Brockhill, postman Mr Fawcett, 61, said: ‘To me she was just pure evil. I just can’t believe she could do something like that to a baby girl.

‘We were just a quiet, lovely family and she ascended from the bowels of hell and just completely devastated and wrecked our family.’

He said: ‘It’s disgusting because there were five referrals. Not one of them did anything.’

Star was taken to hospital from her home in Keighley, West Yorkshire, on September 22, 2020, but her injuries were ‘unsurvivable’, prosecutors told the two-month trial.

Jurors heard that Smith’s family and friends had growing fears about bruising they saw on the little girl in the months before she died.

In each case, Brockhill and Smith managed to convince social workers that marks on Star were accidental or that the complaints were made maliciously by people who did not like their relationship.

Prosecutors described how the injuries that caused Star’s death involved extensive damage to her abdominal cavity ‘caused by a severe and forceful blow or blows, either in the form of punching, stamping or kicking to the abdomen’.

Addressing Bradford Crown Court, Smith’s lawyer Zafar Ali QC said ‘she is herself a victim of the murder count, having lost her daughter’ and told the court his client had been ‘plainly unaware of the seriousness of the assaults being inflicted on her daughter’.

During the trial, jurors heard there were other injuries on her body which meant that ‘in the course of her short life, Star had suffered a number of significant injuries at different times’.

The jury was played harrowing footage of Brockhill striking Star more than 20 times in a car.

The footage came from a camera at a recycling plant in Doncaster where Brockhill was working as a security guard, and was filmed about eight days before Star’s death.

It appeared to show Brockhill punching and slapping Star with what the prosecutor described as ‘considerable force’ and, at one point, the youngster fell out of the vehicle.

Sentencing the pair, Mrs Justice Lambert said: ‘She (Star Hobson) was 16-months-old when she was murdered. Her short life was marked by neglect, cruelty and injury.

‘She was murdered by you, Savannah Brockhill. Frankie Smith, it was your role, as her mother, to protect Star from harm.

‘You have been convicted by this jury of failing to protect her and, thereby, allowing her death.’

The Department for Education said the death of Star was ‘deeply disturbing’ and said it would ‘not hesitate’ to remove children’s services control from Bradford Council ‘if necessary’.

Speaking in the Commons earlier, Boris Johnson told MPs: ‘I would just want to say that I think the whole House will once again be filled with incredulity at the cruelty of people who can perpetrate a child killing like this, but also sadness and bewilderment that it could not have been prevented.

‘We will appoint… a commissioner to assess the relevant council – Bradford’s – capability and capacity to improve on their findings and they will report in January.

‘This will also feed into the report that we have commissioned on the death of Arthur Labinjo-Hughes.

‘I say to those who are responsible in the authorities concerned, that we will not hesitate to remove service control if that is what is necessary to drive the improvements that we need to see.’

Christian pensioners ‘had to die’ in plot to win their inheritance