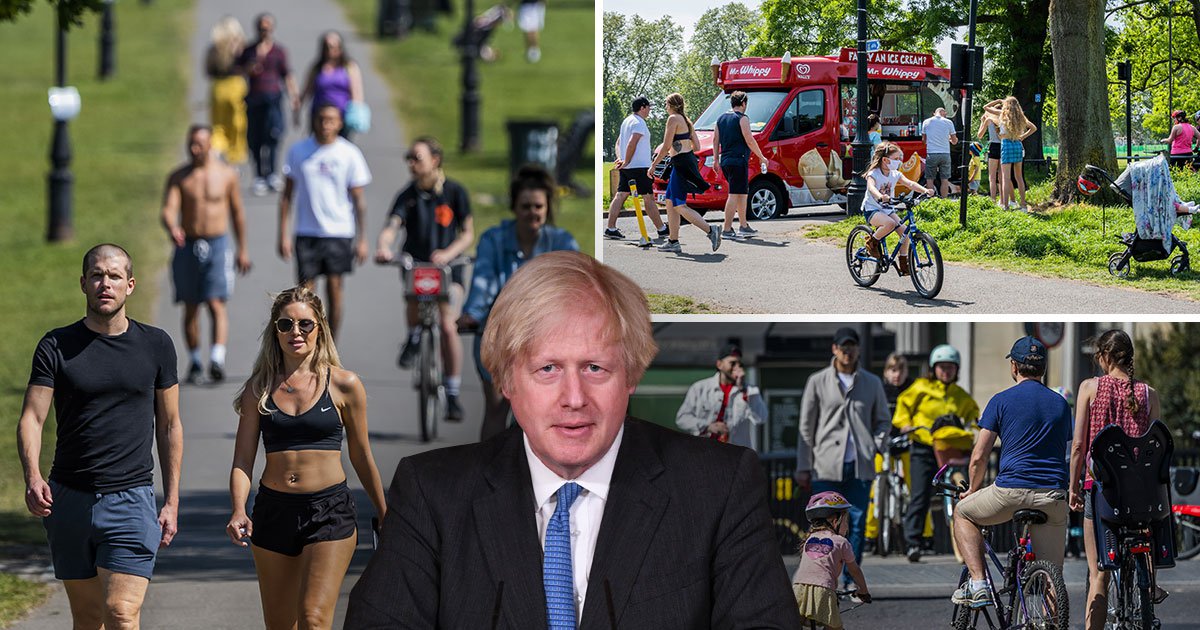 Boris Johnson is preparing to end the strict ‘stay at home’ coronavirus lockdown rules and start to relax them.

Reports suggest Government officials are set to scrap the slogan: ‘Stay home, protect the NHS, save lives’ next month as restrictions finally start to ease.

The prime minister is set to outline England’s ‘roadmap’ out of lockdown next week and it is understood people could be encouraged to take part in small outdoor gatherings from as early as March 8.

Some sports and leisure activities, including golf and tennis, are also set to be permitted by the end of March.

But the main first step towards the easing of lockdown is expected to be sending pupils back to classrooms from March 8.

It comes as the PM said yesterday that he hopes this third national lockdown will be the last – but refused to rule out a fourth if infection rates go back up.

Asked if he could guarantee there would not be another national lockdown, Mr Johnson told a Downing Street press conference last night: ‘No, I can’t give that guarantee, of course not, no.

‘We’re battling with nature, with a disease that is capable of mutating and changing.

‘I’m increasingly confident, I’m increasingly optimistic about the sheer extent of the possibilities that are opening up with vaccinations – I’ll be setting out as much of a timetable as we can give on February 22.

‘And I’m very hopeful that we’ll be able to go ahead and open things up.’

He had earlier confirmed he would be outlining some ‘target dates’ in his highly anticipated speech on Monday – but said he ‘won’t hesitate’ to delay plans if necessary.

‘If we possibly can, we’ll be setting out dates [next week],’ Mr Johnson told Sky News, while visiting a vaccination centre in Orpington, south London today.

‘Just to help people think about what we’re trying to do on the 22nd – just remember what we did around this time last year or a little bit later, we set out a roadmap going forward into the summer and looking a little bit beyond – that’s what we’re going to be trying to do.

‘The dates that we’ll be setting out will be the dates by which we hope we can do something at the earliest, if you see what I mean – the target date.

‘If because of the rate of infection we have to push something off a little bit, delay it for a little bit, we won’t hesitate to do that.

‘I think people would much rather see a plan that was cautious, but irreversible and one that proceeds sensibly and in accordance with where we are with the disease.’

His comments come as it was revealed the Government has hit its target of offering everyone in the top four priority groups across the country the Covid-19 vaccine by February 15.

Meeting this milestone paves the way for the next phase of the the rollout, which will cover the next five priority groups, including the over 50s.

The next aim for the Government is offering a vaccine to the estimated 17 million people in the next five groups by the end of April.