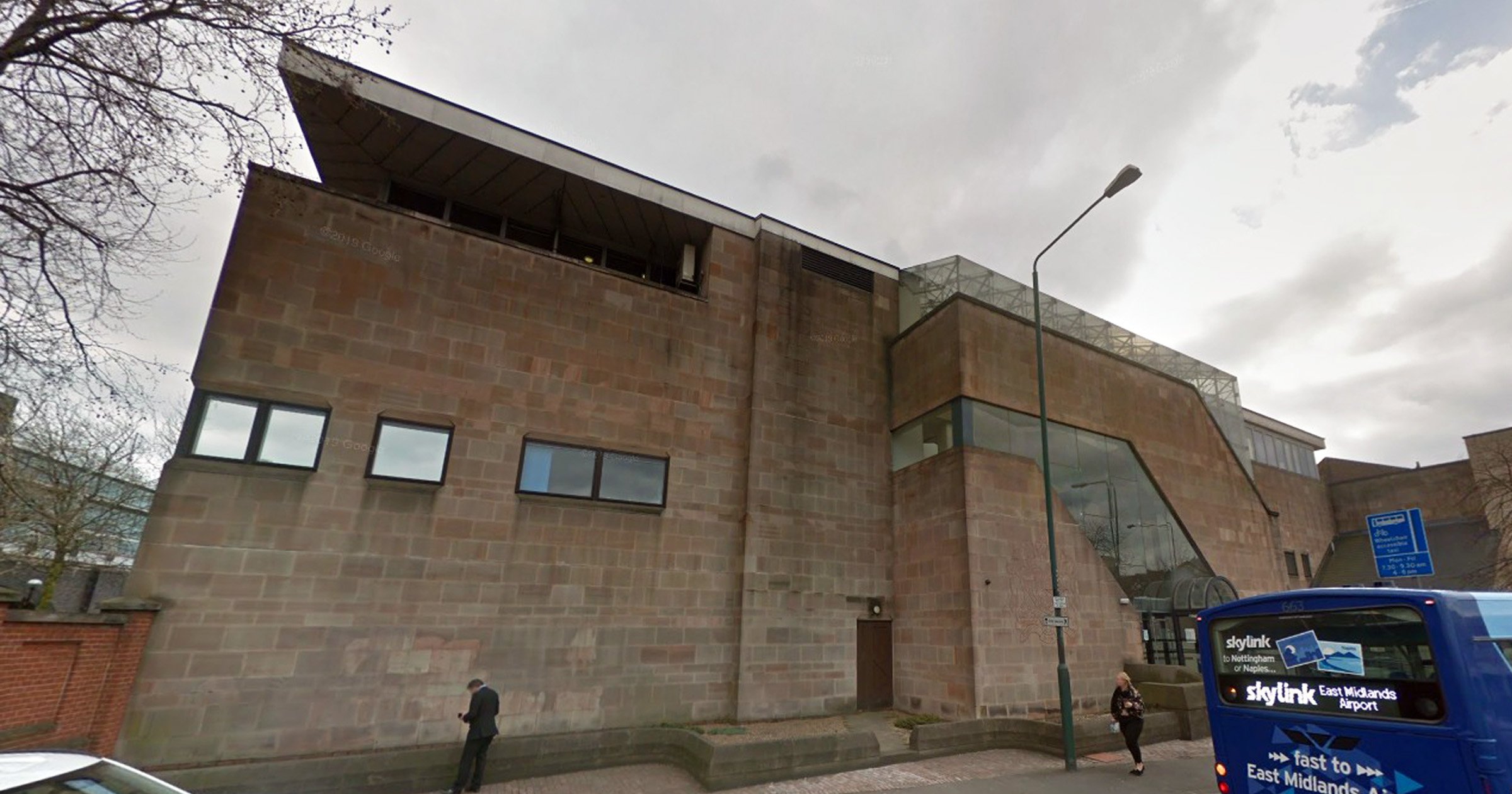 A woman used her mobile phone to film her autistic three-year-old stepson as he lay dying on the floor from a brain injury she inflicted instead of calling 999 for help, a court heard.

Leila Borrington, 23, allegedly slapped Harvey Borrington ‘multiple times’ around the head while caring for him alone in Jacksdale, near Nottingham, on August 7 last year.

She denies any wrongdoing and instead insists the youngster, who had been diagnosed as non-verbal autistic, ‘fell backwards’ off a one-seater leather sofa at home, causing a fatal brain bleed.

But jurors at the city’s crown court heard the injury was ‘inflicted’ hours before he collapsed by ‘one or more forceful strikes or slaps’ followed by ‘a substantial later impact’ causing a skull fracture.

They were shown footage, filmed by Borrington just moments after Harvey’s collapse, with the little boy seen lying on his right side, his arms out in front of him, and heard moaning.

On the video – shot on Borrington’s phone and sent to Harvey’s father who was out at that time – she can he heard saying ‘Harvey, Harv’, while he continues to moan.

She can then be seen taking the boy’s left arm, lifting it up, and letting it drop loosely to the floor, before continuing to film as he moans, and lies, unmoving on a living-room rug.

‘Her instinct, seeing a child unconscious and in distress having sustained serious injury following a fall, is to reach for her phone and make a video rather than call an ambulance,’ he added.

She later claimed the video was to show paramedics – though she did not, the court heard.

Mr Hankin added: ‘The tone of her voice, when calling Harvey’s name, in her attempts to rouse him – if that’s an accurate description, we say it is not – suggest an absence of compassion.

‘The lifting and dropping of his arm in that way, similarly, appears to show indifference to the obvious severity of his condition.’

Rather than call 999, she then texted Harvey’s father – out at the cinema – and said: ‘Why does this happen to me?’

It was only three minutes after filming Harvey she rang 999 and while waiting to be connected ran to a neighbour and brought them to help.

That neighbour later told of having heard a ‘thud’ from the Borrington’s home before the stepmother started ‘hammering’ on her door.

While waiting for the ambulance, Borrington sent Harvey’s father another text saying, ‘Don’t leave the kids with me again’.

When paramedics arrived, at 2.15pm, they saw Harvey was ‘floppy’, his eyes ‘fixed’, and he had vomited, so it was decided to take him to hospital.

On the way, Borrington allegedly told the ambulance driver ‘it always happened when Harvey was with her’ and related how he had broken his arm while in her care some weeks previously.

She had also texted Harvey’s father, telling him: ‘(Harvey) got up and was running riot, playing happily as ever, running between the sofas and then stood up on one and just came backwards … smacking his head off the floor.’

Borrington told how she was ‘sat on the sofa’ when it happened, but later told her neighbour she had been stood near the kitchen and ‘ran’ to help Harvey.

Mr Hankin told jurors: ‘You don’t need me to point out an inconsistent history about an event like this is a red flag.’

A later post-mortem examination found the boy had ‘suffered trauma to the head’ which ‘had caused damage to the brain itself’, jurors heard.

He added that a series of medical experts instructed by the prosecution were ‘all in agreement; Harvey was unlawfully killed’.

‘At least one – possibly more than one – severe impacts to the head capable of causing a skull fracture and an unsurvivable brain injury, rendered him immediately unconscious,’ said Mr Hankin.

He said the jury would also hear it was one medical expert’s view that fatal brain damage was inflicted ‘some hours prior to collapse’: ‘By one or more forceful hand strikes or slaps to the side of the head, followed by a substantial later impact, causing the skull fracture.’

The jury was told Harvey’s natural mother and father, 31-year-old Jonathan Borrington, had split when he was 14 months old.

‘In practice, because of Mr Borrington’s working hours, Harvey’s time was spent for most part in care of his stepmother, the defendant,’ said Mr Hankin.

Jurors heard Harvey was diagnosed with autism just after his second birthday and while he only used a ‘handful’ of words, he could communicate through taking a person’s hand, and also using ‘different types of scream’.

They were also told about an entry made in Harvey’s education health and care plan, identifying his particular needs.

Borrington denies murder, manslaughter, one count of wounding and four charges of assault.