Supervet Noel Fitzpatrick on saving his dog’s life in 2020

Maggie, who is just two-years-old, was snatched from Bradninch near Exeter on May 13, leaving her owners distraught. On Saturday, police discovered the pooch in Partington, Greater Manchester, when she was mid-labour.

Maggie has now been reunited with her owners, who are elated to have her back.

Both a 24-year-old woman and 29-year-old man, from Bradninch where the dog was taken from, were arrested on suspicion of theft and bailed until June 29.

After the dog was located, a 34-year-old man from Manchester was also arrested for the same thing and bailed until July 9. 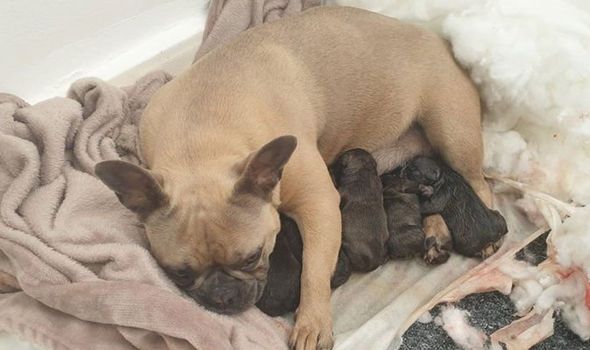 Similarly, a 28-year-old woman from Manchester has been arrested on suspicion of handling stolen goods – though she was released under investigation.

Jon Ezard, an inspector from Greater Manchester Police, said: “This is a fantastic result with a happy ending for Maggie.

“I’d like to thank our partners at Devon and Cornwall Police for their assistance, as well as the public for working with us to track them down.

“French bulldogs are an extremely popular breed, and the price of buying a dog has increased. But dog theft isn’t about money for victims, they are losing a member of the family.” 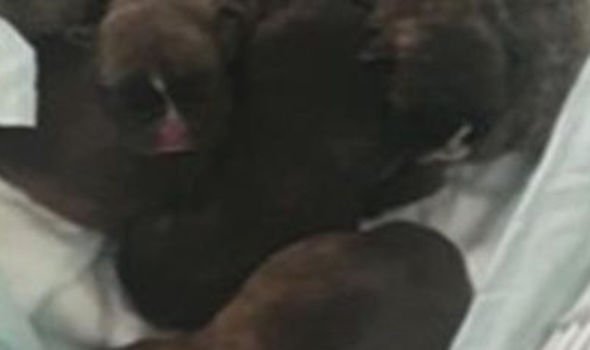 According to police, dog theft cases soared between 2019 and 2020 – increasing by a whopping 170 percent.

Devon and Cornwall Police said 77 dogs were stolen in 2020-21 in that region alone, with the force appointing a specialist officer to tackle the ongoing trend.

Police urge those with dogs to have their animals microchipped so they can be easily traced if they go missing and to keep gardens secured, as well as not leaving dogs outside unattended.

Owners should also be cautious of suspicious phone calls and avoid signs advertising the presence of a dog at a property.

Assange to Testify on Being Recorded in Embassy in London