A major incident has been declared after a train derailed in Aberdeenshire, Scotland. Dozens of fire, police and ambulance vehicles have been at the scene near Stonehaven with authorities confirming that three people have died as a result. BBC Transport Correspondent, Tom Burridge revealed how rail investigators could be able to determine the “true cause of this incident”.

He said: “What I’m told is that it’s possible that the train initially encountered some flooding on the line.

“The train driver stopped and then radioed control and asked to reverse a bit.

“They wanted to change to another line, an adjacent track, which was clearer to then continue the journey onto Glasgow.

“Then it was after that that the train hit another landslip and possibly derailed.” 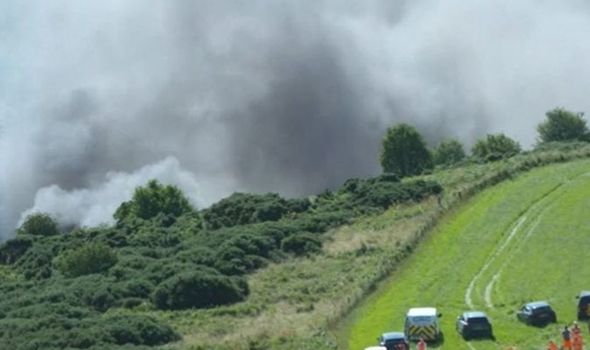 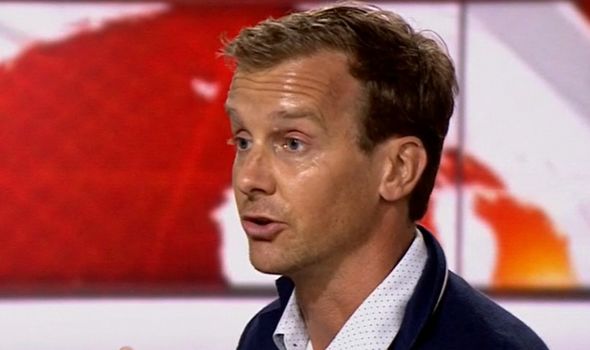 Mr Burridge continued: “This is an initial version of events that I’ve had from rail sources.

“I think it’s important to underline that rail investigators are now at the scene.

“They will go through every single detail.

“They’ll look at the information on the computer of the train, for example.” 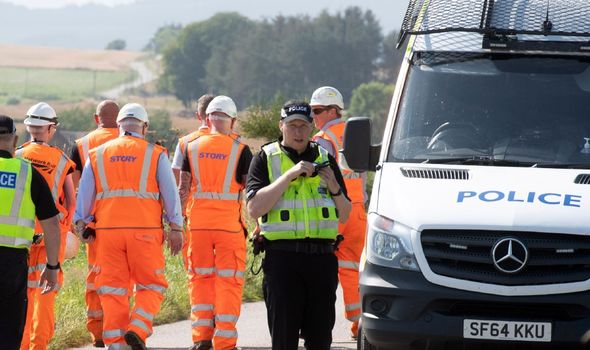 The BBC reporter added: “That will establish exactly what speed the train was travelling at when it derailed.

“They will establish all the facts and give an official version of events.

“This will be to really establish the true cause of this incident.” 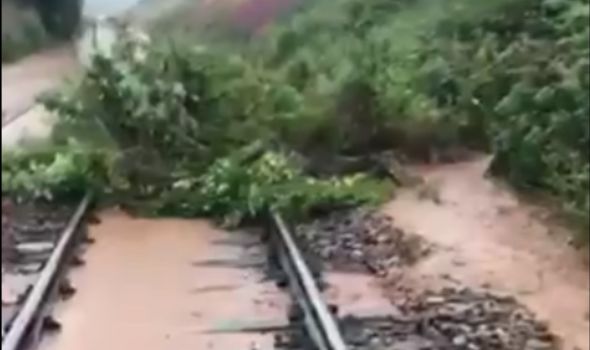 British Transport Police confirmed that they are currently responding to the accident in Aberdeenshire.

They also said that six people have been taken to hospital to be treated for injuries, although they are not believed to be serious.

Scotland’s First Minister Nicola Sturgeon told the Scottish Parliament: “Although details are still emerging, I am afraid to say there are early reports of injuries.

“This is an extremely serious incident. I’ve had an initial report from Network Rail and the emergency services and am being kept updated. All my thoughts are with those involved.”

Prime Minister Boris Johnson tweeted: “I am saddened to learn of the very serious incident in Aberdeenshire and my thoughts are with all of those affected. My thanks to the emergency services at the scene.”