The ancient stone arrangement found in the fields of Wiltshire dates back more than 5,000 years and continues to baffle researchers. Last year a team of experts discovered a ring of shafts near Stonehenge that form what is believed to be the largest prehistoric monument ever discovered in Britain. Tests carried out on the pits suggested they were dug by our Neolithic ancestors and archaeologists believe they may have served as a boundary to a sacred area.

And there could be much more similar finds to come, according to English Heritage archaeologist Dr Heather Sebire, who spoke to historian Dan Snow during History Hit’s ‘Stonehenge’ documentary.

She said: “You probably heard that they found an incredible landscape feature just up to the northwest.

“The Durrington Walls site is massive, much bigger than Stonehenge, but they’ve found something even bigger again.

“That was through geophysical techniques (scans as opposed to excavation), there are so many more techniques you can use today. 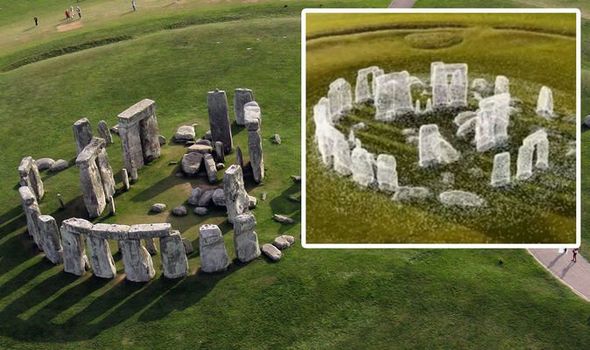 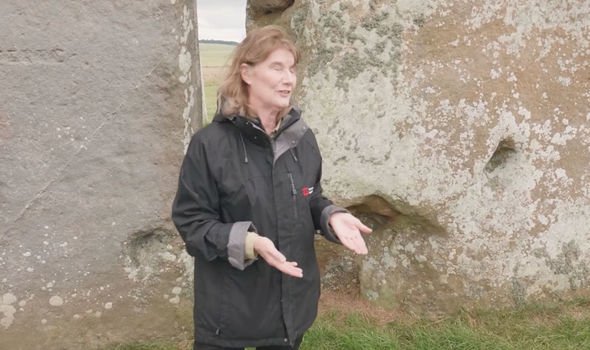 “They have been able to plot a series of pits that takes it into the monument of Durrington Walls, but also Woodhenge – which is the smaller version of Stonehenge.”

And Dr Sebire detailed how the sheer size of the monument has already led to new theories.

She added: “We think this circular arrangement, that is now pits, once held upright timbers – a timber monument like Stonehenge.

“It would have looked like a wall of timber even though there were gaps.

“It’s so huge they think it means they had some way of measuring distance. 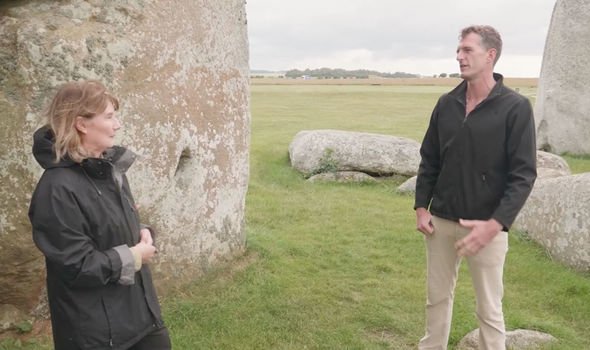 “When you think about it [it’s not that surprising], I’m pretty good at pacing out a metre now.”

Dr Sebire believes the discovery proves that there is still a lot more to learn about the Stone Age settlers in the area.

She continued: “They were just as clever as us so it’s quite feasible that they had some form of counting system like surveyors today.

“They are absolutely massive, but they must have had some meaning because of the effort it took to dig them.

“They didn’t have mechanical diggers, but they must have had a reason.

“Just when you think you have the measure of it all, something else turns up. 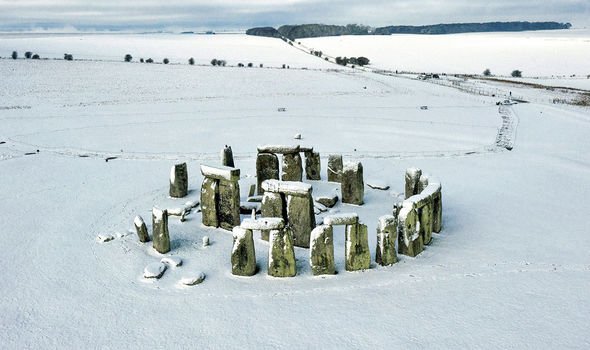 “That is down to the science, we can do so much more today that doesn’t need excavation. We don’t have to go into the ground.

“We can do remote work and landscape work without excavating.”

And Mr Snow teased the possibility for Stonehenge to throw up more surprises in the future.

He said: “What is fascinating, is this site – which is so old – is actually producing such extraordinary cutting edge data and new information.

“New technology is allowing us to tell the story, to reveal the story of Stonehenge that was totally obscure to previous generations.

“The story is, by no means, finished.” 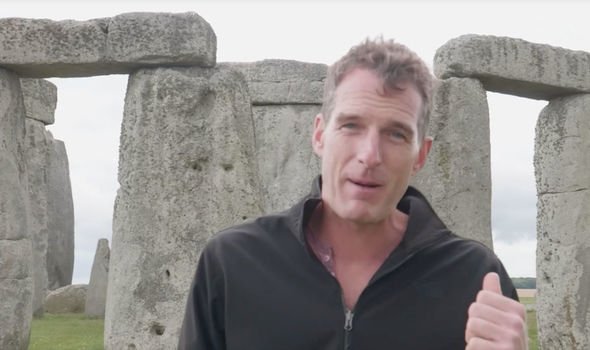 Last year experts also made a breakthrough in understanding the monument’s history.

The team of researchers published a study suggesting the ancestors of the builders of the ancient monument travelled west across the Mediterranean before reaching Britain around 4000BC.

They compared Neolithic human DNA found across Britain with that of people alive at the same time in Europe.

According to their results, the Neolithic inhabitants were descended from Anatolia (modern-day Turkey) and moved to Iberia before heading north.