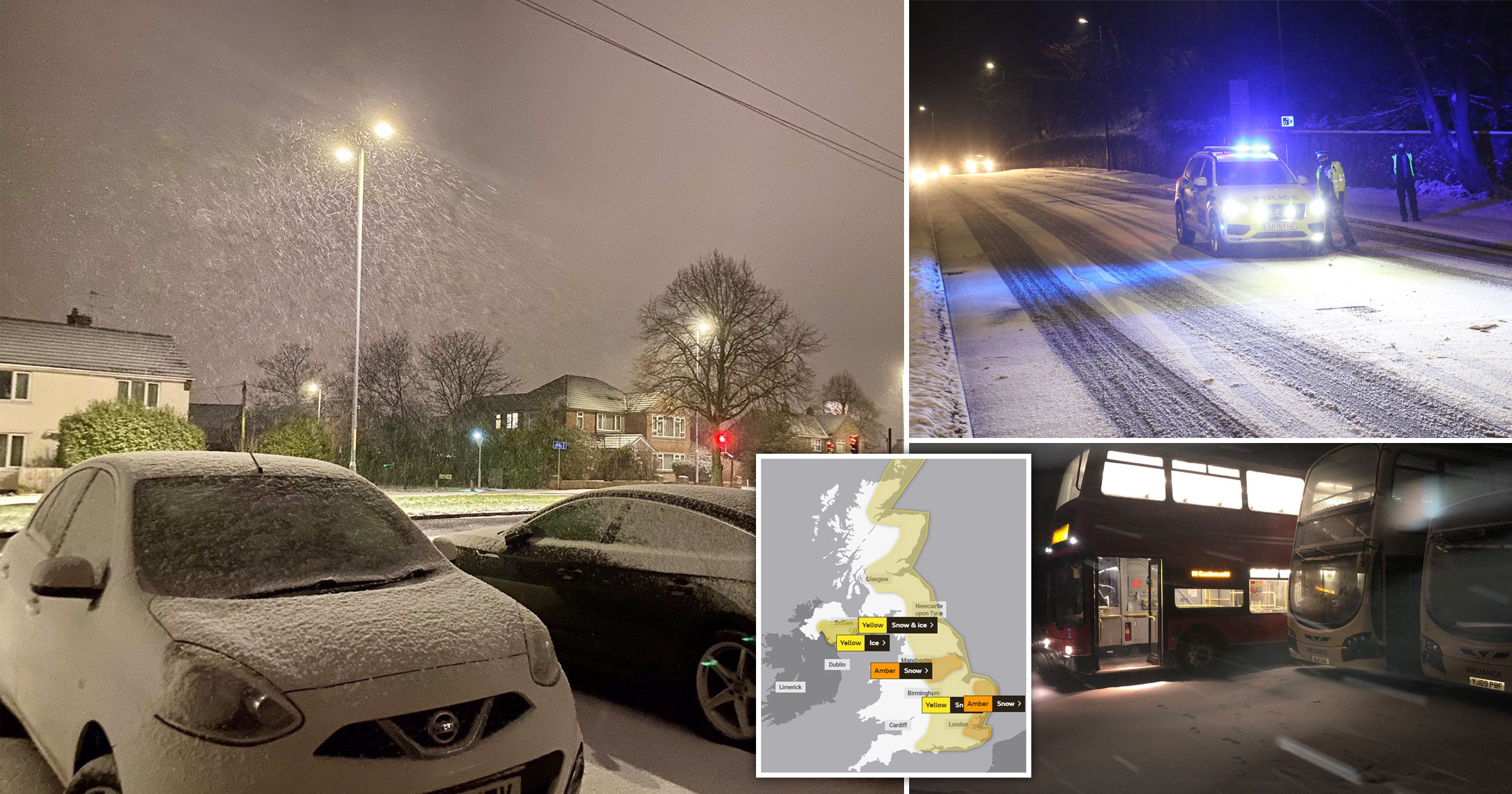 Severe weather warnings have been issued across the UK as heavy snow is set to hit London and the South East.

Most of the country is set for snow or ice throughout today as the cold snap continues.

The Met Office predicts heavy snow is likely to block roads and cause travel delays, with ‘many stranded vehicles and passengers likely’.

Areas under the warning include the outskirts of south-east London, plus Kent, Essex, Suffolk and Norfolk.

A spokesperson for the Met Office said: ‘Monday will start cold for all.

‘Snow will continue to fall in south-east England, with further snow showers elsewhere.’

The forecaster predicts interruptions to power supplies and other services including gas, water, telephone and mobile phone services. Rural communities could become cut off entirely.

Another amber warning is in place across Nottinghamshire, Sheffield and Lincolnshire, with 3 to 8cm of snow widespread across the area, reaching 15cm in some places.

Both amber warnings are in place until Monday afternoon.

Less intense yellow snow and ice warnings are also in place for most of England, the east of Scotland, and Northern Ireland south of Belfast.

Temperatures will remain at around freezing point across most of the country, with strong winds coming east from Ukraine and the Black Sea bringing in bitterly cold conditions.

Many parts of the country face another day of temperatures at or around freezing point, as bitterly cold conditions continue due to strong easterly winds stemming from Ukraine and the Black Sea.

The Met Office added Storm Darcy is continuing to cause heavy snow and bring strong winds to East Anglia and south-east England.

Fury as flats to be knocked for metro stop