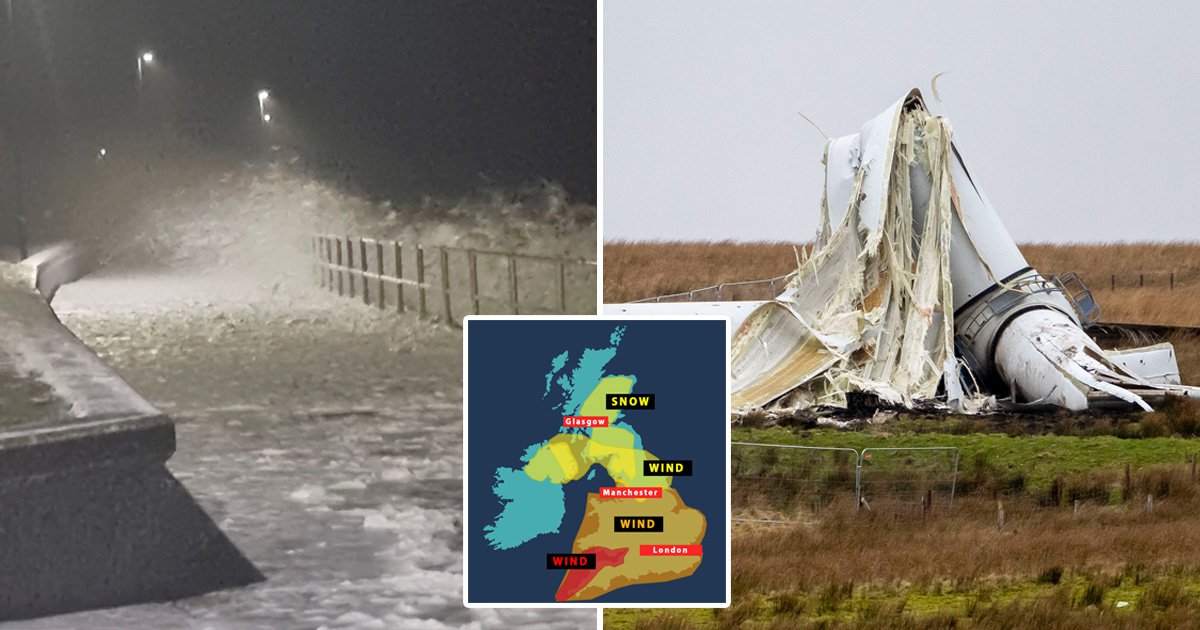 A number of schools in England and Wales will be shut tomorrow as Storm Eunice is set to sweep the UK and put lives in danger.

The Met Office has issued a rare red weather warning in parts of southwestern Britain as 100mph winds are expected to sweep the country.

It comes after Storm Dudley caused widespread travel disruption last night and left thousands of homes in part of northern England without power.

All trains in Wales have been cancelled in anticipation for tomorrow, with the threat of uprooted trees and flying debris remaining high.

Roofs could even be blown off, and homes could be flooded along the UK’s south and western coasts.

In a bid to keep children and parents safe, a number of schools in parts of Wales, and the South West have said they won’t be open tomorrow, meaning many pupils will switch to remote learning for the day.

Bristol City Council and North Somerset Council have both advised school in the area close on Friday due to the storm.

Devon County Council has also told parents many schools in the county may be closed. You can find the latest list of school closures on the council’s website.

Across the border in Wales, schools are set to close in Swansea, the Vale of Glamorgan and Merthyr Tydfil.

Met Office Chief Meteorologist Frank Saunders warned that Storm Eunice will be ‘one of the most impactful’ in a long time.

It could be the worst to hit the UK in 30 years, with forecasters saying gales could be stronger than on Burns Night in 1990 when speeds reached 107mph.

Mr Saunders said: ‘After the impacts from Storm Dudley for many on Wednesday, Storm Eunice will bring damaging gusts in what could be one of the most impactful storms to affect southern and central parts of the UK for a few years.

‘The red warning area indicates a significant danger to life as extremely strong winds provide the potential for damage to structures and flying debris.