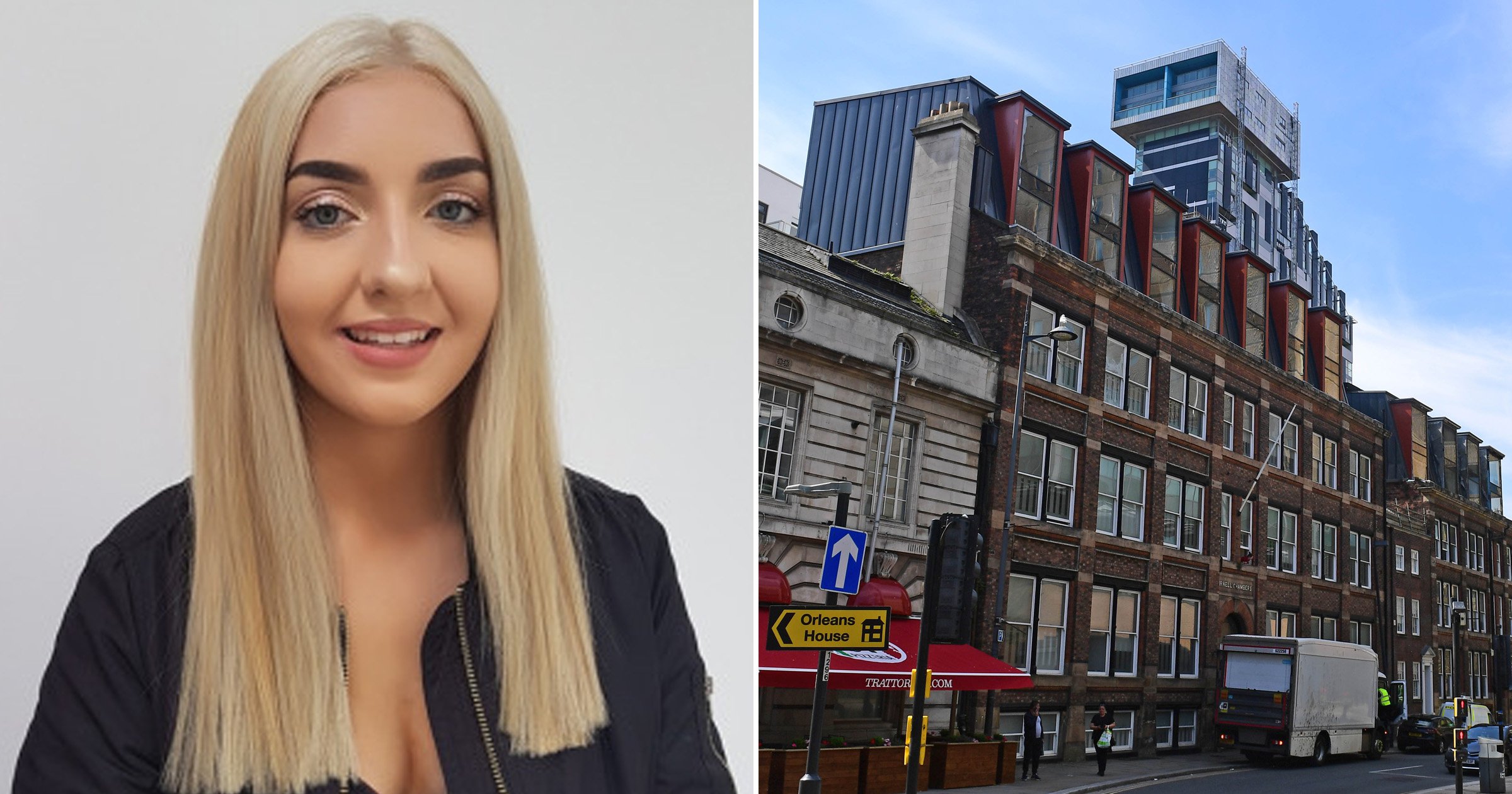 A university student fell four floors to her death from a balcony after being heard saying ‘I’m going to jump’.

An inquest into her death heard she was speaking to a man in the Irwell Chambers flat in the city centre shortly before 10.40pm.

Merseyside Police initially arrested a 21-year-old man on suspicion of murder, but he was later released and will not face any criminal charges.

Liverpool and Wirral senior coroner Andre Rebello told Ella’s family the police investigation had concluded that ‘no one was near Ella’ when she fell.

The coroner said it was a ‘most tragic accident’.

Ella, from Brighouse in West Yorkshire, would have been ‘unconscious immediately and she would have known very, very little about the incident’.

The inquest yesterday heard she had a moderate level of alcohol in her blood, but not an amount that would be unexpected if she had been drinking socially that evening and ‘certainly not excessive’.

Describing the circumstances of her fall, Mr Rebello said: ‘There’s a witness who had heard the exchanges within Ella’s flat and he could see the railings in front of the flat.

‘As he was sitting there looking in the direction of the flat he heard Ella state “I’m going to jump”. He saw Ella had her hand on the balcony and fell over.

‘There’s no mention of anyone being near her at that time. Ella had had a drink and what we don’t know, and I can’t ask her, is what she meant by “I’m going to jump”.

‘Was this part of the conversation she was having with the person inside the flat or was it her intention to fall to her death?

‘I have got to treat things on the balance of probabilities when she put her hands on the rail and she is seen to fall.

‘That could easily have been an inadvertent fall from a position, for want of a better word, when she was negotiating with the person in the room.

‘I have always looked upon this incident as a most tragic accident and that’s where the general thrust of the evidence leads me.’

He recorded a conclusion of accidental death.

A funeral notice placed in their local paper the Huddersfield Examiner at the time of her death read: ‘Ella is loved by many people and will live forever in our hearts.’