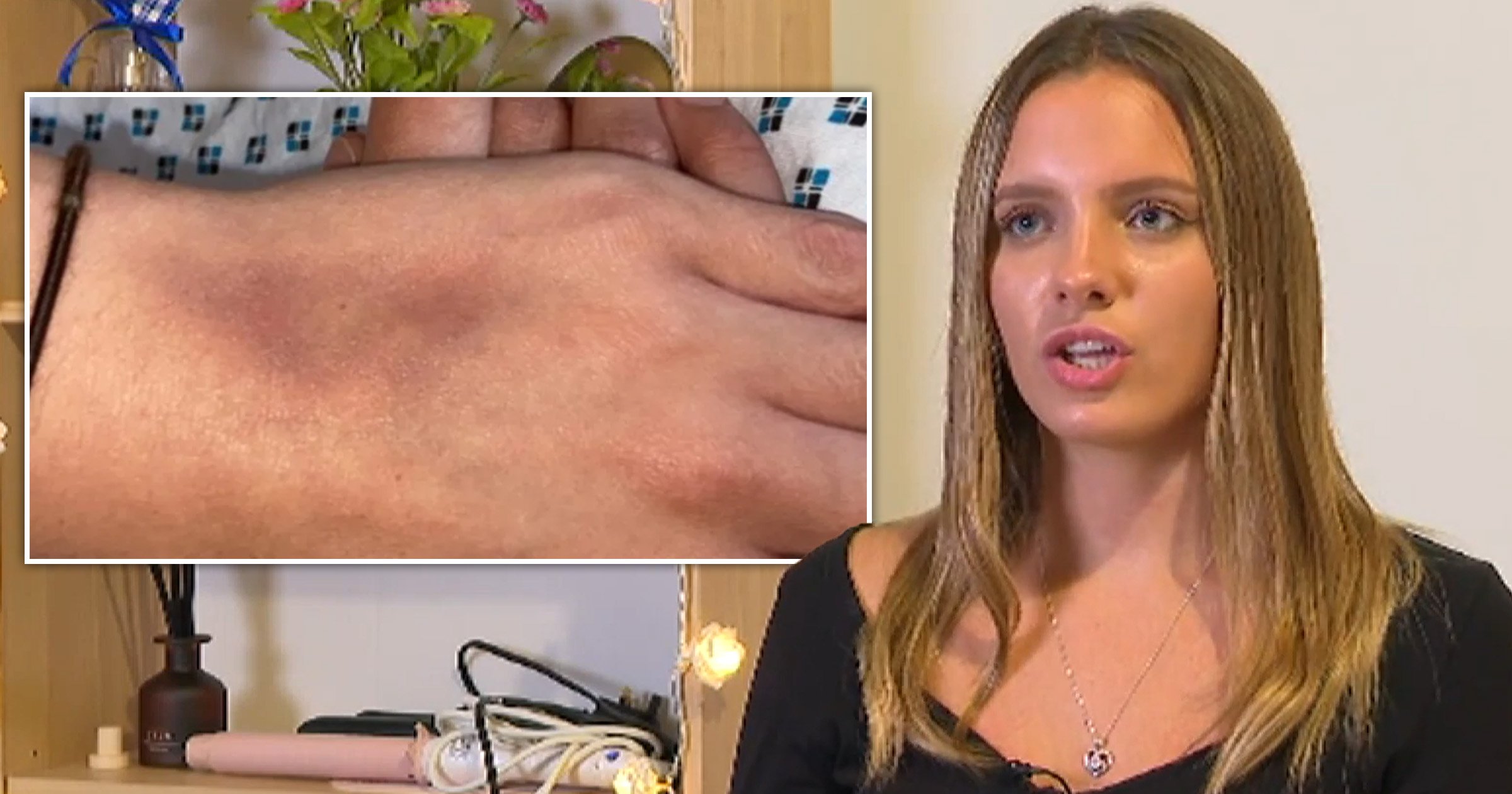 A teenager believes she was spiked in the hand on a night out when she became violently sick and had to be taken to hospital.

Sarah Buckle, 19, woke up the next morning with no recollection of the club she visited.

The University of Nottingham student spoke about her experience as authorities aimed to gain a clearer understanding of the scale of women being spiked with needles.

Sarah said she was ‘shocked’ and ‘disgusted’ by what happened on the night of September 28 in her freshers’ week.

She told ITV News: ‘From what my friends say, they thought I might have had too much to drink and there was no immediate concern.

‘Then I stopped talking, went silent and stood up and almost collapsed.

‘A member of staff came over and said “is she OK?” and we were escorted out of the venue as I could not stand up.

‘Then in the taxi home I started being sick all over myself and my friends could sense something was wrong.’

After spending the night in hospital, she woke up with a throbbing pain in her left hand and a puncture wound with a very distinct pin prick in the middle.

She said: ‘I knew I had clearly been spiked but it would have never occurred to me it was via injection if my hand wasn’t throbbing. I thought how? I never take a drink away from the bar.

‘You think spiking is to do with your drink, you don’t think something would go into your body.’

Sarah’s fellow Nottingham student Zara Owen, also 19, similarly said she blacked out on a night out at Pryzm and in the morning found she had a sharp pain in her leg.

Other incidents have been reported in Scotland and Northern Ireland and home secretary Priti Patel asked police forces for an update after some said they had noticed a rise in recent months.

The University of Nottingham said it was ‘extremely concerned’ by the reports and was working with police and venues to ‘monitor, review and learn from incidents and experiences in the city centre’.

Groups from more than 30 universities around the UK have joined an online campaign calling for a boycott of nightclubs, with campaigners seeking ‘tangible’ changes to make them safer, such as covers/stoppers for drinks, better training for staff and more rigorous searches of clubbers.