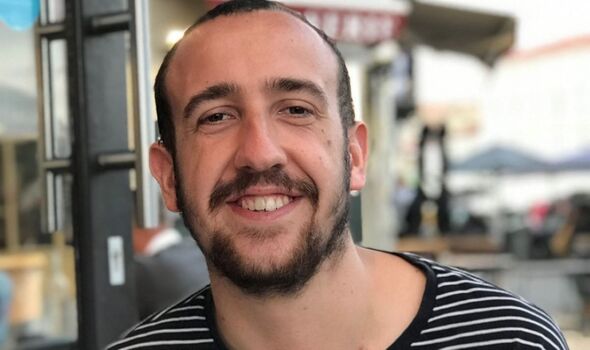 Musician David Nash, 26, had four phone calls with a Leeds GP practice over a 19-day period.

But none of the clinicians spotted that he had developed mastoiditis in his ear, which caused a brain abscess, sparking meningitis, his family said.

Parents Andrew and Anne Nash, from Nantwich, Cheshire, have campaigned to find out whether the condition would have been identified and treated with antibiotics if their son had undergone a face-to-face examination at his first appointment at the Burley Park Medical Centre on October 14, 2020.

The also want to know if mastoiditis would have been picked up during the subsequent phone consultations.

They told how David later had five “shambolic” calls with the NHS 111 system, after he deteriorated dramatically before being taken to St James’s Hospital, Leeds, by ambulance.

But at the emergency department, they said, he was left alone, despite being in a confused and serious state, and fell, causing an injury to his head.

David died on November 4 2020, despite efforts to save him by neurosurgeons at Leeds General Infirmary.

An inquest into David’s death starting in Wakefield today, is due to examine the contacts he had with the GP practice, as well his dealings with the NHS 111 service and his treatment at hospital.

Family solicitor Iain Oliver, partner at Ison Harrison, said: “David’s family would like the inquest into his tragic death to raise awareness of various issues, including the need for GP practices to see patients face to face to enable proper assessment of conditions to be made that will be missed during a telephone consultation.

“They would also like to highlight the need for continuity of care within GP practices, to ensure that the patient is considered holistically, particularly where there are repeated consultations for a developing condition that may be identified by such an approach.

“Additionally, the family wishes to highlight the limitations of the NHS 111 algorithms.”

David’s family said he was just starting the second year of a law degree at Leeds University when he died, and how he was passionate about working for social justice and human rights.

He went to university after a number of years as a drummer in Leeds, touring Europe with his band, Weirds, and recording an album.

His airline pilot father described him as “caring, charismatic and funny, managing to find humour in almost everything, however mundane”.

Trooping the Colour 2019 live stream: How can you watch Queen’s Birthday Parade?