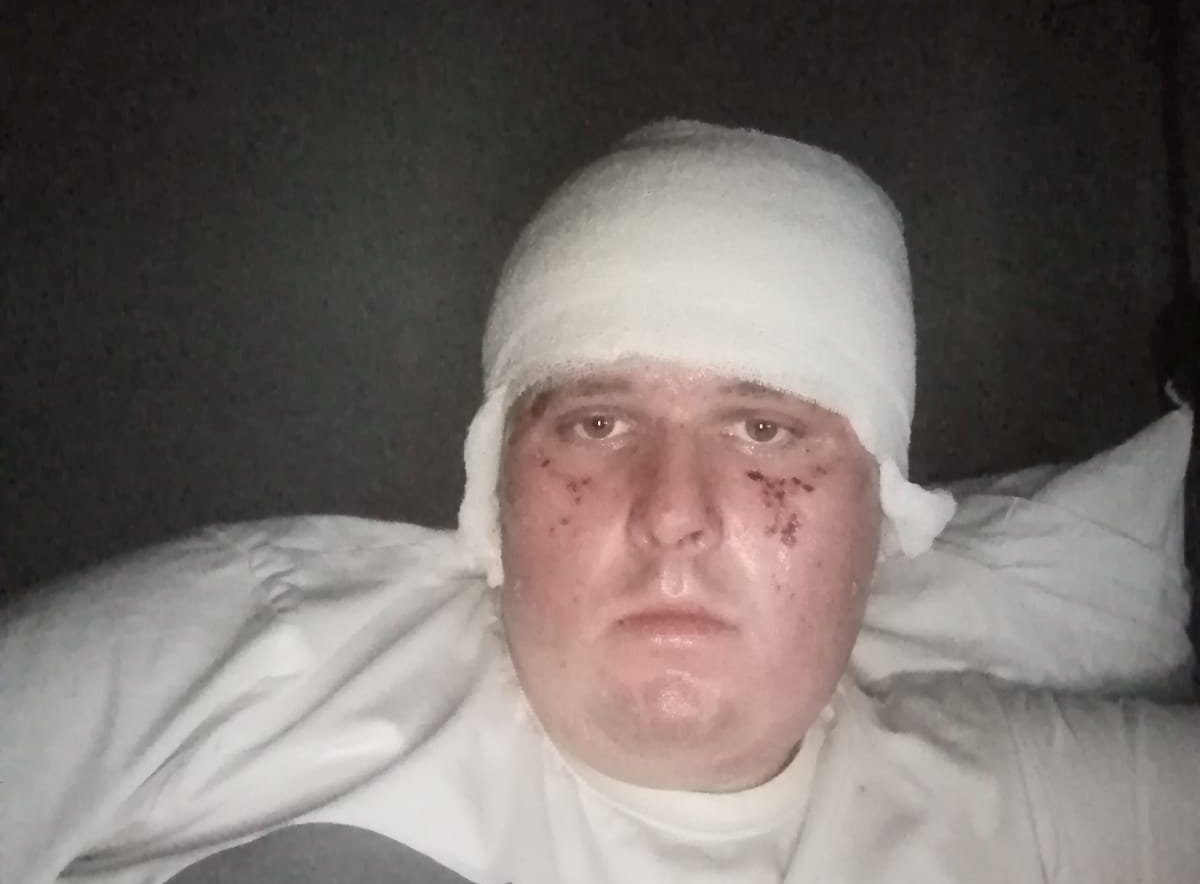 A student left in a coma for 12 days after a gas explosion said his life was saved by his new Calvin Klein tracksuit.

Jack Marlow, 26, had dozed off in his mum’s summer house, when a gas canister exploded and he was awoken by a huge blaze.

His sister, Brittany, 23, heard a huge bang at 2.30am and watched from her bedroom window in horror as Jack ran out of the hut on fire.

Warning: This article contains pictures you may find distressing

He was rushed to hospital where doctors treated agonising third-degree burns on his hands, and other burns on his face and feet.

To save his life, Jack was put in a coma, and had grafts from his legs to replace the skin on his hands.

But he miraculously didn’t suffer any burns elsewhere on his body thanks to the £170 designer tracksuit he bought a week before.

The student, from Walsall, West Midlands, said paramedics told his family it saved his life, because the high quality, fire retardant material blocked the flames.

Jack said: ‘I wouldn’t be here now if I hadn’t been wearing that new tracksuit.

‘It’s so lucky because usually I’m always wearing shorts and a vest.

‘I put it on because it was new. It was a Calvin Klein one made of top-notch cotton and it was fire resistant.

‘The paramedics cut it off me in the ambulance and I’m told it had just gone black.

‘They told my mum I’m lucky I was wearing it. I literally burned my feet, my hands and my face, but nowhere where the tracksuit covered.’

Jack has no memory of the blaze on April 17, but said firefighters believe it could have been started by a small leak from the gas heater.

He still gets pain in his face and hands, can’t bend his fingers properly, and is having counselling.

‘It’s really tough coming round from a coma,’ he said.

‘My brain activity isn’t back to normal yet, that can take six to twelve months.

‘I’m still in shock and so is my body. This shouldn’t happen to anybody. But I feel lucky to be alive, thanks to my tracksuit.’

Coronavirus: UK reports another 492 deaths – highest daily total since May