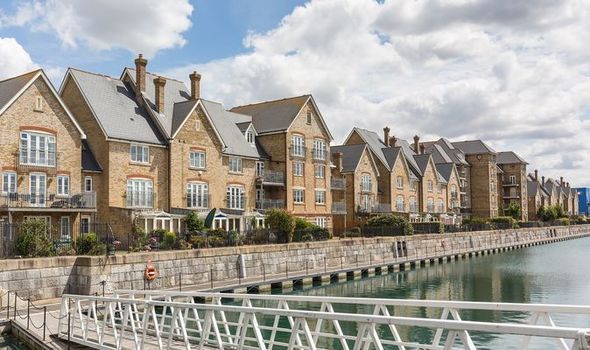 Anabel Mattingley, 20, stated that her mum Kim died of cancer “trusting” that her sister Karen Bugeja would take over financial and emotional care of her niece. Former JP Morgan banker Kim Mattingley did not leave the house directly to Anabel as she feared her ex-husband would try to lay claim to it, London’s High Court heard. Anabel told Judge Malcolm Davis- White QC that her mother left the home to Karen on the basis of a verbal “trust” about passing on the house’s value.

After Kim’s death, she alleges her aunt told her she “didn’t deserve to have any of it” and that it was her grandmother’s house. And Karen argues that the “moral obligation” she agreed to honour is not a legal route for the Durham University undergraduate to claim owners’ rights.

“My mother told me it would be enough for me to put down for a house,” Anabel told the judge. “She told me Karen would look after it and provide to me what was necessary.”

Kim had paid off the mortgage and left the property in Kings Hill, Kent, to live in Switzerland, where she died in 2016. She had signed over a 25-year lease letting her mum Joan live there, as well as giving her sister a 29 percent share of the value. And Anabel – who was left the remainder of her mother’s estate – is demanding a 26.63 percent share of the house from her aunt.

But barrister Adrian Carr, for Karen, said: “The only instructions [in the will] were that the property would go to your aunt and be held for the benefit of your grandmother. There’s nothing to suggest a secret trust.”

Nicholas Jackson, for Anabel, told Karen: “You agreed that you would hold this for Anabel. [She] trusted you to do the right thing.” Karen said: “Both my sister and I considered it to be our mother’s house. Anabel was telling me it was her house. I didn’t believe my sister would have told me I was obliged legally to give Anabel a share of a property my mother lives in.”

Once Joan has moved out and her care costs are covered, Karen said she may pass on some value to Anabel, but denied this is her niece’s legal right. The judge has reserved his decision in the case to be delivered at a later date.