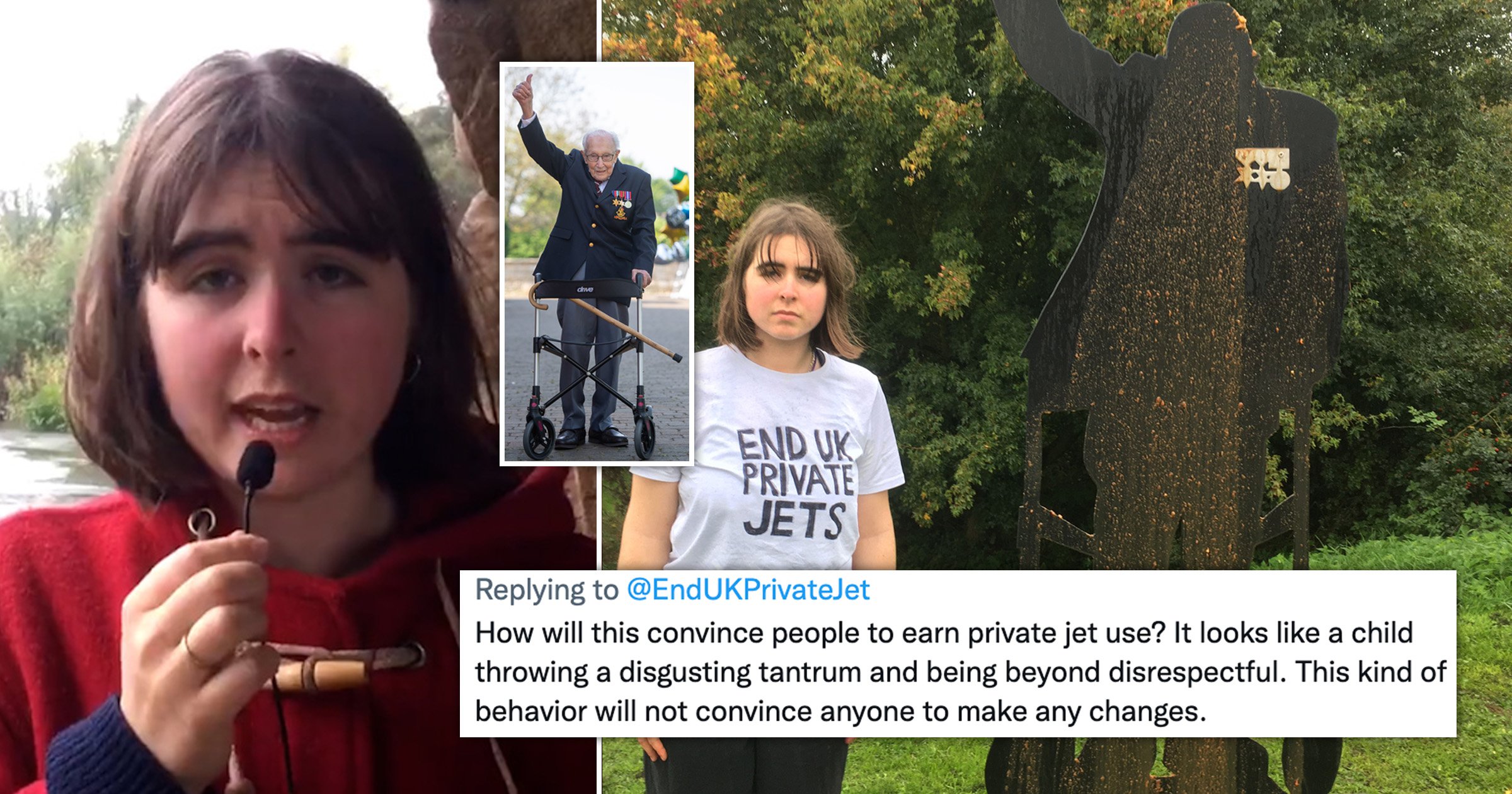 An environment protestor who chucked a bucket of human faeces and urine on a memorial to Captain Sir Tom Moore has been reported to the police.

Maddie Budd targeted the statue of the British Army officer who rose to fame during the pandemic for raising £32 million for NHS charities.

The 21-year-old has become the subject of much criticism online for agreeing to be the face of the controversial stunt organised by the group End UK Private Jets.

People argued the campaigner should be given a mop and a bucket of water to clean up the memorial.

Derbyshire Police is thought to now be investigating the incident in the village of Hatton after a complaint from the company which erected the statue.

Austin Cox, managing director of AGC Fabrications, told the Daily Mail: ‘We are working with the police, we have got a crime reference number.

‘We are pursuing it and hoping they will prosecute. I can’t really say more than that at the moment.’

He had earlier publicly tweeted: ‘I am the person who gifted the memorial to Thistley Meadow, and would like to inform you that we will be pursuing Maddie for vandalism, We will work with the police to ensure this taken as far as possible.’

Footage of the incident first appeared on the End UK Private Jets’ social media but it has since been reshared hundreds of times.

‘I was studying to become a doctor because I believe in taking care of people.

‘Why are we forcing our civilisation into collapse, why is basically no-one taking this genocide of all humanity seriously?

‘All of this is true and the government won’t even End UK Private Jets, every time one takes off, it pours a bucket of sh*t and blood onto everything that Captain Tom stood for.’

Derbyshire Police confirmed officers are aware of the incident and enquiries are currently ongoing.

Queen ‘wants to look the part’ as she undertakes key duty