SNP leader and Scottish First Minister Nicola Sturgeon appeared to break ranks with No10 this afternoon after she made a stunning announcement during First Minister’s Questions. Scottish Tory leader Jackson Carlaw questioned Ms Sturgeon on whether Scotland would come out of the lockdown measures “in lockstep” with the four nations of the UK. She responded by claiming “there is no likelihood of these measures being lifted after the Easter weekend” breaking with Downing Street’s claims.

Ms Sturgeon explained: “I don’t want these measures to be in place for a single minute longer than they have to be.

“But, equally I don’t want to come out of these measures prematurely in a way that will do damage, that will see the virus spiral out of control.

“That could see our NHS potentially overwhelmed, and more lives lost.

“I want to clarify that there is no likelihood of these measures being lifted after the Easter weekend.

“COBRA will likely meet against next week to think about the exit strategy. But it is likely these restrictions will be in place for some weeks to come yet.” 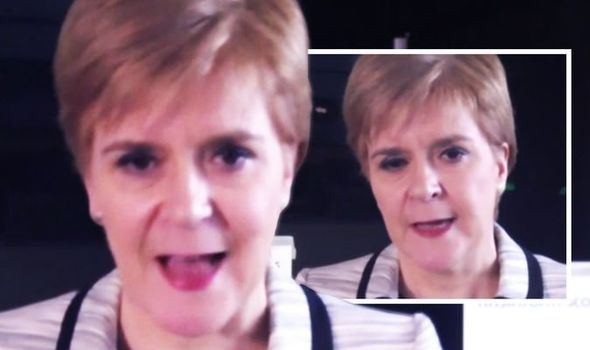 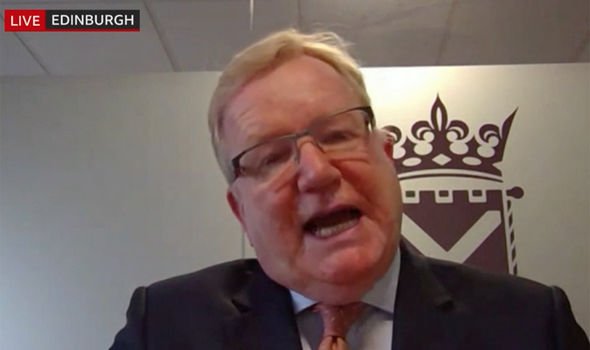 Jackson Carlow had asked: “Everyone wants to know when it will end. People understand that we may be living under the lockdown for some weeks yet.

“When Scotland is ready, can the First Minister confirm that the decision to come out of lockdown will be part of a four nation strategy across the UK and that the country will come out of this together?”

Mrs Sturgeon said she hopes “the UK will be able to come out of this in an orderly way that protects health in a unified way”. 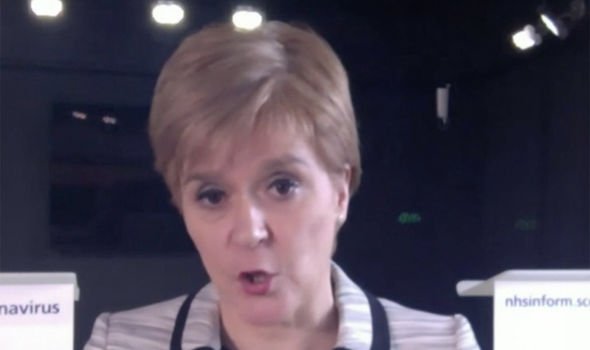 Mrs Sturgeon appeared to jump the gun on her claim of a lockdown extension, prior to the emergency COBRA committee meeting later.

Foreign Secretary Dominic Raab – who is acting on behalf of the PM – is set to chair the virtual meeting where ministers, including from Scotland, Wales and Northern Ireland, will look at evidence from scientists on the impact of the measures.

Despite Mrs Sturgeon’s remarks, a formal decision on how long the lockdown will remain in place is not expected this week. 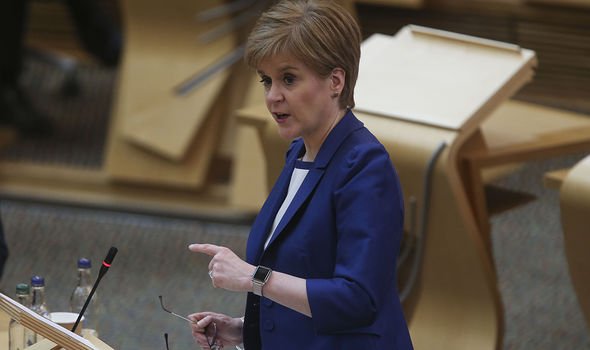 The UK government were said to be furious that Wales had already extended its lockdown measures before the COBRA meeting.

Welsh health minister Vaughan Gething – who will take part in the COBRA meeting – told the BBC there was “virtually zero prospect” of government experts advising that it was safe to lift the lockdown, adding the measures would continue for “a number of weeks”.

He told BBC Breakfast it was important to be “straight with the public”, saying that “if we don’t provide a clear message” then people might be under the impression the lockdown measures might be lifted next week.

A UK government source told the BBC “we were surprised that the Welsh government decided to jump the gun with their own plans” before the meeting.