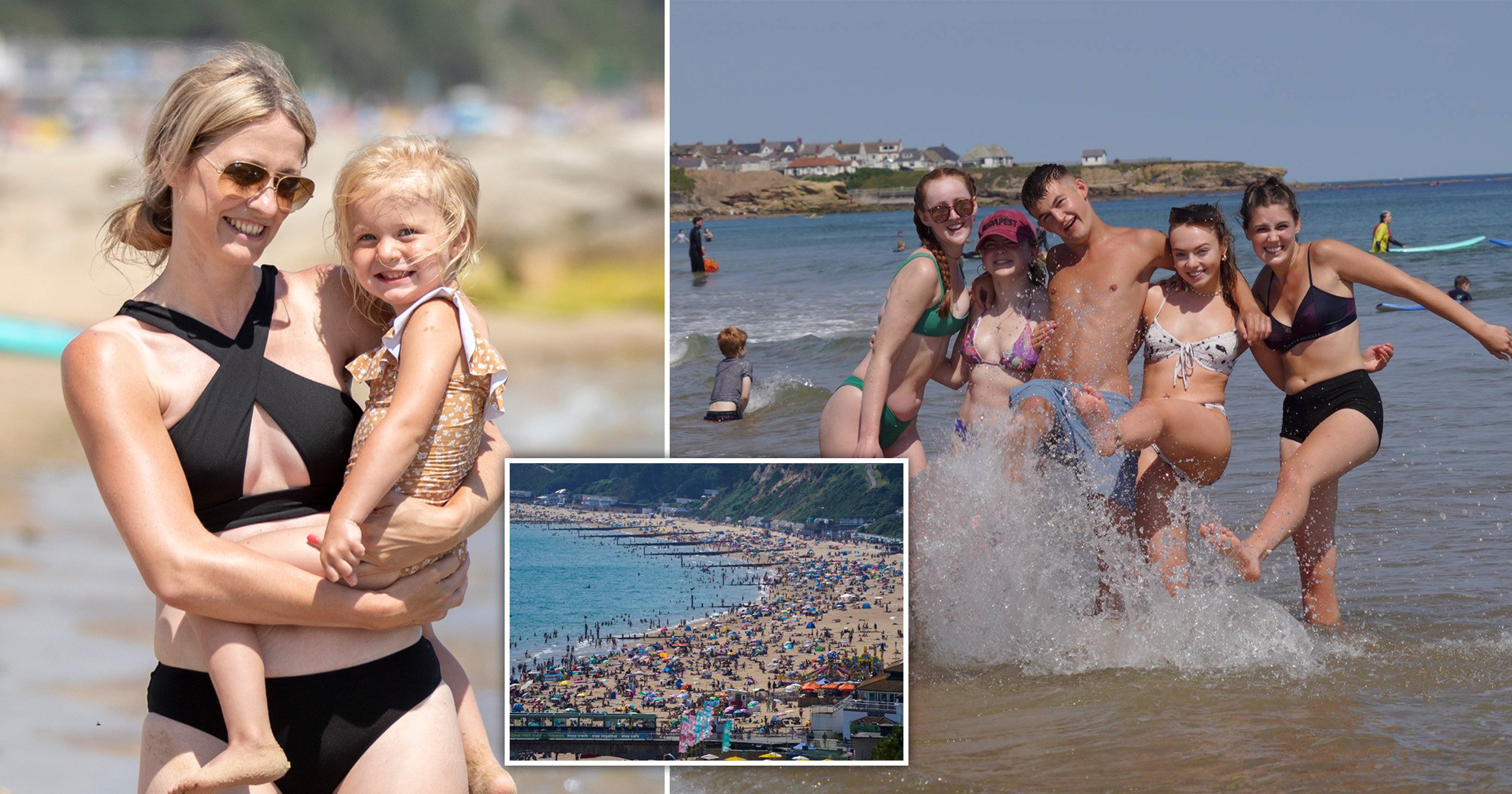 Temperatures are set to hit sweltering highs of 33°C this week, as people are being urged to drink plenty of water and stay out of direct sunlight.

Parts of the UK could reach 33°C between today and Thursday, which is hotter than Marbella, Mykonos and Tenerife.

The mercury will remain above 31°C during the week, with forecasters suggesting the next few days could be the hottest of the year.

It comes after the Met Office issued its first ever ‘amber extreme heat warning’, as people are more vulnerable to sunburn and heat exhaustion.

The warning – which is similar to those issued when heavy rain or snow is forecast – covers a large part of Wales, all of south-west England and parts of southern and central England, and will remain in force until the end of Thursday.

Forecasters have warned people to stay out of the sun during the afternoon, close their curtains to keep living rooms cool, stay out of direct sunlight and drink water.

Public Health England (PHE) also issued a heat-health alert, warning members of the public to take measures to stay cool and look out for vulnerable people. 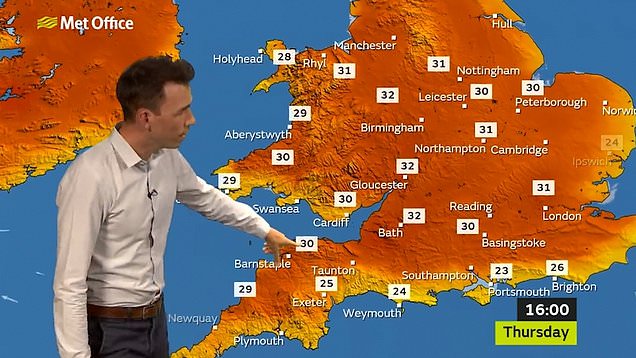 Forecasters say there could be some thundery showers later today and tonight in parts of eastern and southeastern England.

This should clear by tomorrow morning, giving way to another scorcher, but high temperatures could trigger some isolated heavy showers.

‘Temperatures are likely to peak at around 32C (89.6F), even reaching 33C (91.4F) in isolated spots across southern England, so very warm for many.

‘Even the more cooler areas will see temperatures in the twenties while other places could see some thundery showers.’

Mr Petagna put the warm weather down to an area of high pressure above the UK.

He added: ‘I’d say people should stay out of the midday sun, apply sunscreen when outside, be wary of any health issues you may have and make sure to stay hydrated.

‘As this heat remains in place, people will be vulnerable to dehydration, fatigue and nausea, so make sure to stay safe on public transport and if you are heading to the beach.’