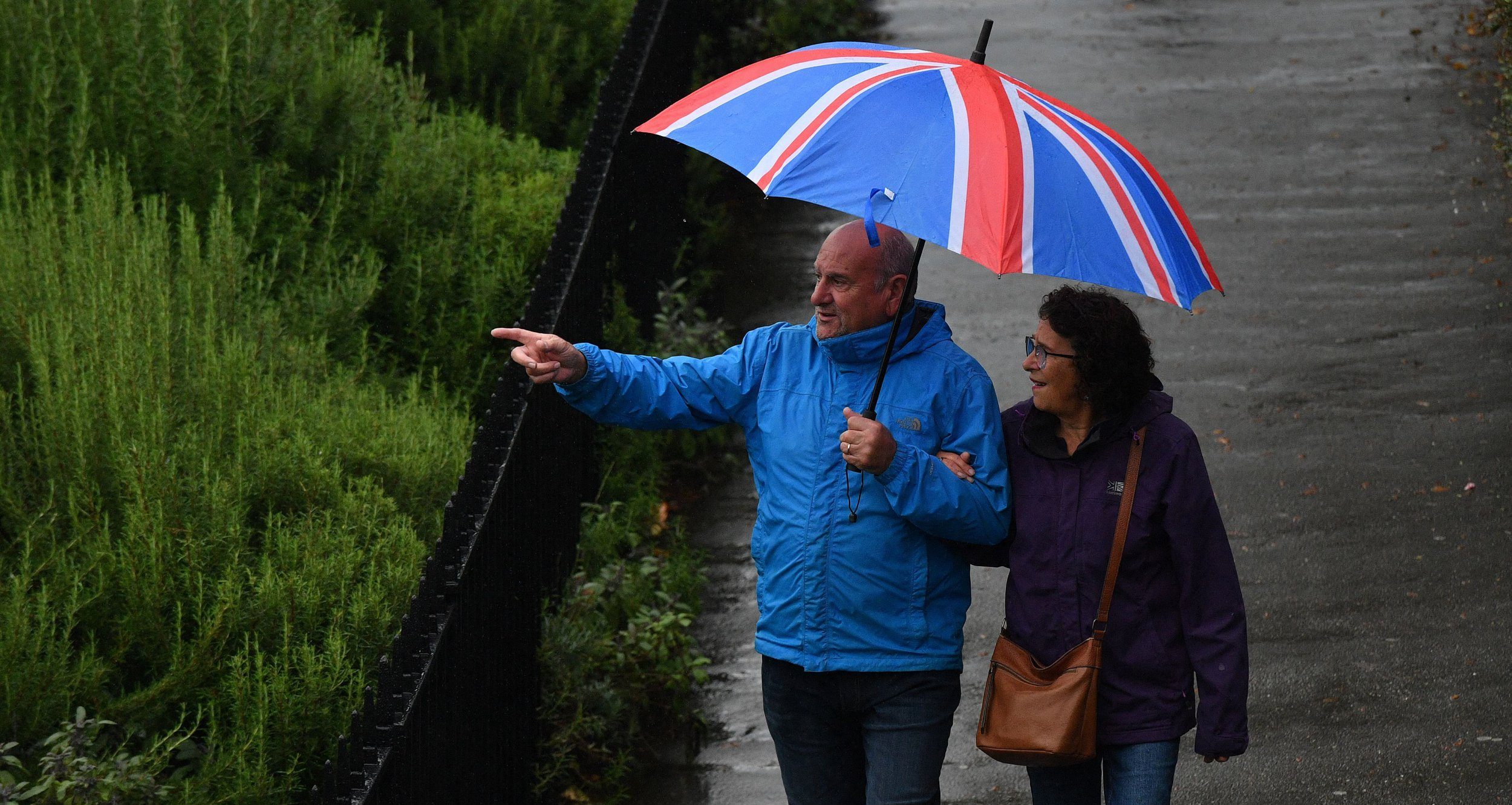 It’s time to crack out the autumn wardrobe as heavy rain and strong winds sweep across the UK, bringing colder temperatures and a sure sign that summer is long gone.

There will be a mix of sunshine and showers from today, but last week’s ‘Indian summer’ will feel like a distant memory as temperatures plunge.

Things will start off drier today, but showers will soon arrive and turn into prolonged rain as the day goes on.

As the rain eases it will be followed up by strong winds, with gusts expected to reach speeds of 69mph in the east of England on Wednesday.

The whole of the UK will experience blustery conditions and average speeds of 35mph until the weekend.

The outlook will remain unsettled for the rest of the week.

Eastern Scotland and eastern England will have up to 25mm of rain a day, but somewhere between 10-15mm is expected for much of the country.

A mixture of sunshine and showers on #TuesdayMorning, these heaviest and most frequent in the north and westâ
More prolonged showers moving erratically north and east across the westââ
Rather #cool and breezyð¡ï¸ pic.twitter.com/g0whNkPr2g

On Wednesday, north-west England and south-west Scotland could see up to 30mm of rain in just 12 hours.

Met Office spokesman Stephen Dixon said: ‘Tuesday in particular, there’s a band of heavy rain moving into the south west of the UK, the south east will hold on to the drier conditions longer but this band of rain moves eastward across the UK.’

He added: ‘There is a low pressure system developing to the north west of the UK which at the moment is on track to bring some showers into Northern Ireland early on Thursday, and the west coast of Scotland.

‘In addition to that, continuing strong winds for most of the week, especially in coastal areas and heading into the weekend.

‘That theme continues as that low pressure system shifts around in the north of the UK, bringing showery conditions for most through the weekend.’