Shoppers began queuing in freezing rain as early as 5am outside some stores to ensure they could get items as soon as the doors opened. There were even reports ­of some desperate shoppers snatching Yorkshire puddings out of other people’s trollies. Up and down the country from Manchester and Glasgow ­to London, there were lengthy queues.

But critics said the pleas were like “whistling in the wind”.

Boris Johnson’s official spokeswoman said: “We have resilient supply chains,” adding most food does not come in through the English Channel.

“People should shop normally and continue to be considerate in the way they shop.” 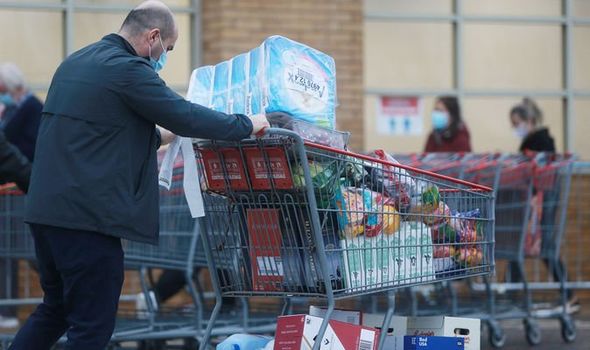 The plea came after a Waitrose store in Henleaze, near Bristol, had shoppers waiting as dawn broke with one man waiting with others at 5.50am to get toilet paper.

One shopper said: “And so this is Christmas…in the queue for a turkey.”

Others said the queues at their local supermarket were the worst they had seen in months.

The Aldi supermarket in Burpham, Surrey, had long lines outside an hour before it opened its doors at 8am.

Lucy Smith, 27, said: “When ­the doors opened there was a long queue. People had got up so early, obviously fearing they might not get any food for Christmas. 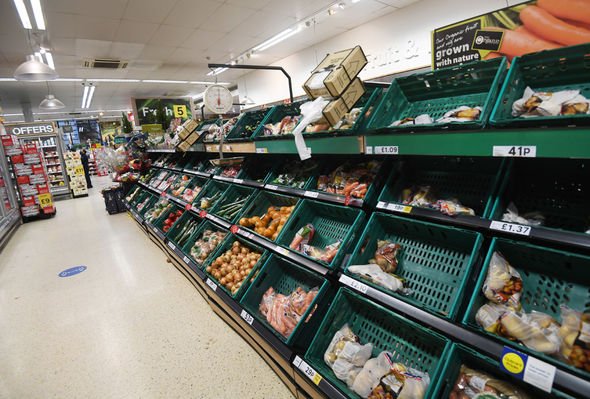 “We all went in and I saw a few people grabbing Yorkshire puddings from other people’s trollies. I managed to get a pack of four Yorkshire puddings. But as I made my way through the store, somebody just took them out of my trolley.”

The rush came despite supermarkets urging people not to panic buy as they insisted stocks would not be affected by the 48-hour blockade at Dover.

Stripped shelves were attributed to people clearing them before staff had time to replenish with fresh goods. But as photos circulated on social media more people headed out to ensure their ­cupboards were full.

Despite supermarkets insisting they had bountiful supplies in storage, concerns last night continued to mount over France’s Covid ban on British lorries.

There were fears it could stop continental hauliers bringing in vital festive food supplies at the busiest time of the year.

Around 10,000 lorries travel into the country via Dover every day, bringing in 20 per cent of all goods bought and sold here.

Yesterday Sainsbury’s warned some products could be missing from shelves due to restrictions at ports. But it insisted food for a traditional festive lunch would still ­be available.

A spokesman said: “All ­products for the great British Christmas lunch are already in the country and we have plenty of these.

“If nothing changes, we will start to see gaps over the coming days on lettuce, some salad leaves, cauliflowers, broccoli and citrus fruit – all of which are imported from the continent at this time of year.”

Worried shellfish producers in Scotland said they had tons of perishable products stranded on roads as the French border was closed. Disruption in Britain will also snarl supplies to Ireland. 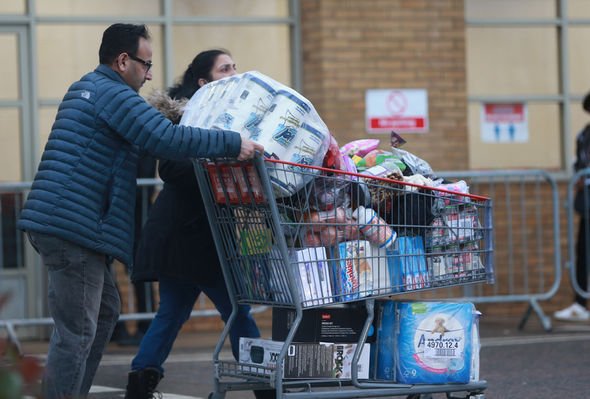 The head of the Food and Drink Federation, Ian Wright, said the border closure had the “potential to cause serious ­disruption to fresh food supplies and exports of UK food and drink”.

Andrew Opie, of the British Retail Consortium, said retailers had stocked up well ahead of Christmas.

But he added: “The closure of France to UK traffic, including accompanied freight poses difficulties for UK capacity to import and export key goods during the busy Christmas period.

“While goods can enter from France, few haulage firms will be willing to send trucks and drivers across to the UK without a guarantee they can return to the EU in a timely manner.”

Retailers say items they ordered in August for Christmas have still not arrived in Britain because of shipping chaos caused by Covid in China and problems unloading in the UK. 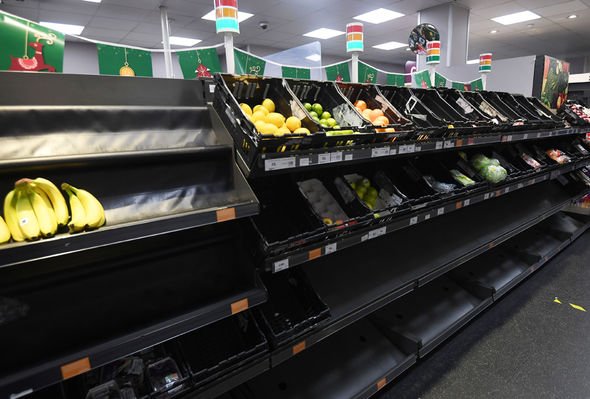 Container ships were already being diverted to Zeebrugge in Belgium. UK firms are haemorrhaging £1million or more because shipments have been delayed and quadrupled in price.

The system for shipping goods around the world stopped working properly when economies shut down and ­reopened at different times as they dealt with Covid.

This led to shipping firms falling behind when it came to retrieving empty containers from European ports and taking them back to factories in Asia.

The container shortage is being exacerbated by a lack of staff across the global supply chain due to people falling ill or having to quarantine.