In the first proper barometer of public opinion since the couple’s appeared with Oprah Winfrey on ITV on Monday, Harry’s popularity fell by 15 points according to a YouGov survey. Just before the interview, both his and Meghan’s popularity rose. Afterwards 45 percent of Britons had a positive opinion of Harry while 48 percent regarded him negatively, giving a net score of -3. This was a drop of 15 points from a previous poll on March 2 – and marks the first-time attitudes have been more negative than positive towards the 36-year-old prince.

YouGov said: “Britons continue to be most fond of the Queen, with 80 percent of people liking her and just 14 percent having a negative opinion of her.

“Prince William and his wife Kate are also very popular, with about three-quarters of Britons giving them favourable reviews.”

Opinion varied across age groups in the survey of 1,664 adults taken last Wednesday and Thursday. A majority of 18-24 year olds (55 percent) liked Meghan, while only a third (32 percent) disliked her.

The same was true for Harry, with three in five Britons aged 18 to 24 (59 percent) having a positive opinion of him and only three in ten (28 percent) disliking him. 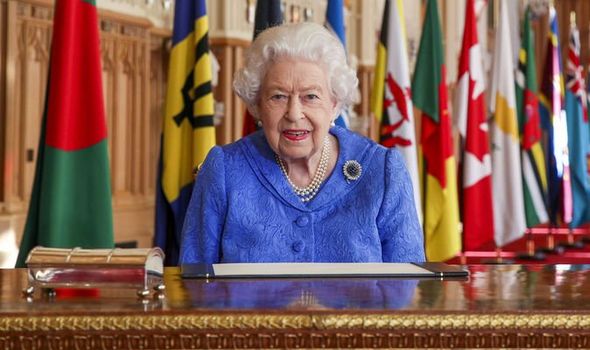 The only other major Royal to see a drop in affection was Prince Charles with a rise in the number of people disliking him from 36 to 42 percent.

Meanwhile the Queen and Charles backed defiant Prince William after he stressed that the Royals were “very much not a racist family”.

On Thursday, the Duke of Cambridge became the first senior Windsor to speak in public over Harry and Meghan’s allegations that a family member had been concerned about Archie’s skin tone.

Now the Queen and the Prince of Wales have given their support to William over his remarks in defence of the family.

Royal officials plan to dampen down the row and deal with things privately. 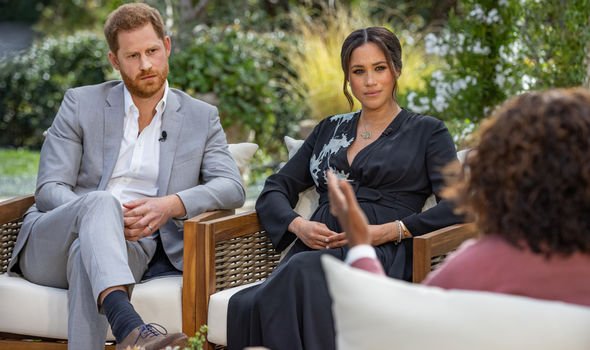 It is understood the Queen will take the lead and broker peace talks with Harry in the next few days. After that initial contact with her grandson, she will then seek to set up a call between the brothers in a bid to heal the rift.

At a school visit on Thursday with Kate, William said he had still had not spoken to his sibling four days after the Oprah show was aired in the US.

Harry told the CBS show he felt let down by his father, who, he claimed, refused to take his calls. He also said the lack of family support he and Meghan received led to their UK departure.

William and Kate were at an east London school to support a youth mental health service.

Aides said they would not answer questions about the interview because it would “not be appropriate” in a school setting.

But they were asked by a reporter: “Can you just let me know, is the Royal Family a racist family?” It prompted William to turn and clearly say: “We’re very much not a racist family.” 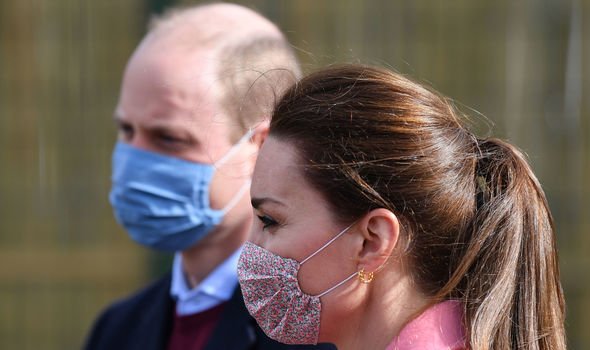 On Tuesday Buckingham Palace issued a statement on behalf of the Queen expressing the family’s sadness at learning the “full extent of how challenging the last few years have been for Harry and Meghan”.

The statement said the issues they raised, particularly that of race, were very “concerning”.

But it made clear the Queen and other senior royals were keen to stand their ground.

The statement added: “While some recollections may vary, they are taken very seriously and will be addressed by the family privately.”

It also stated: “Harry, Meghan and Archie will always be much loved family members.”

Huawei finds 5G heaven in Switzerland with 'Fitbits' for cows

Russia reports explosion on gas pipeline in region near Kazakhstan