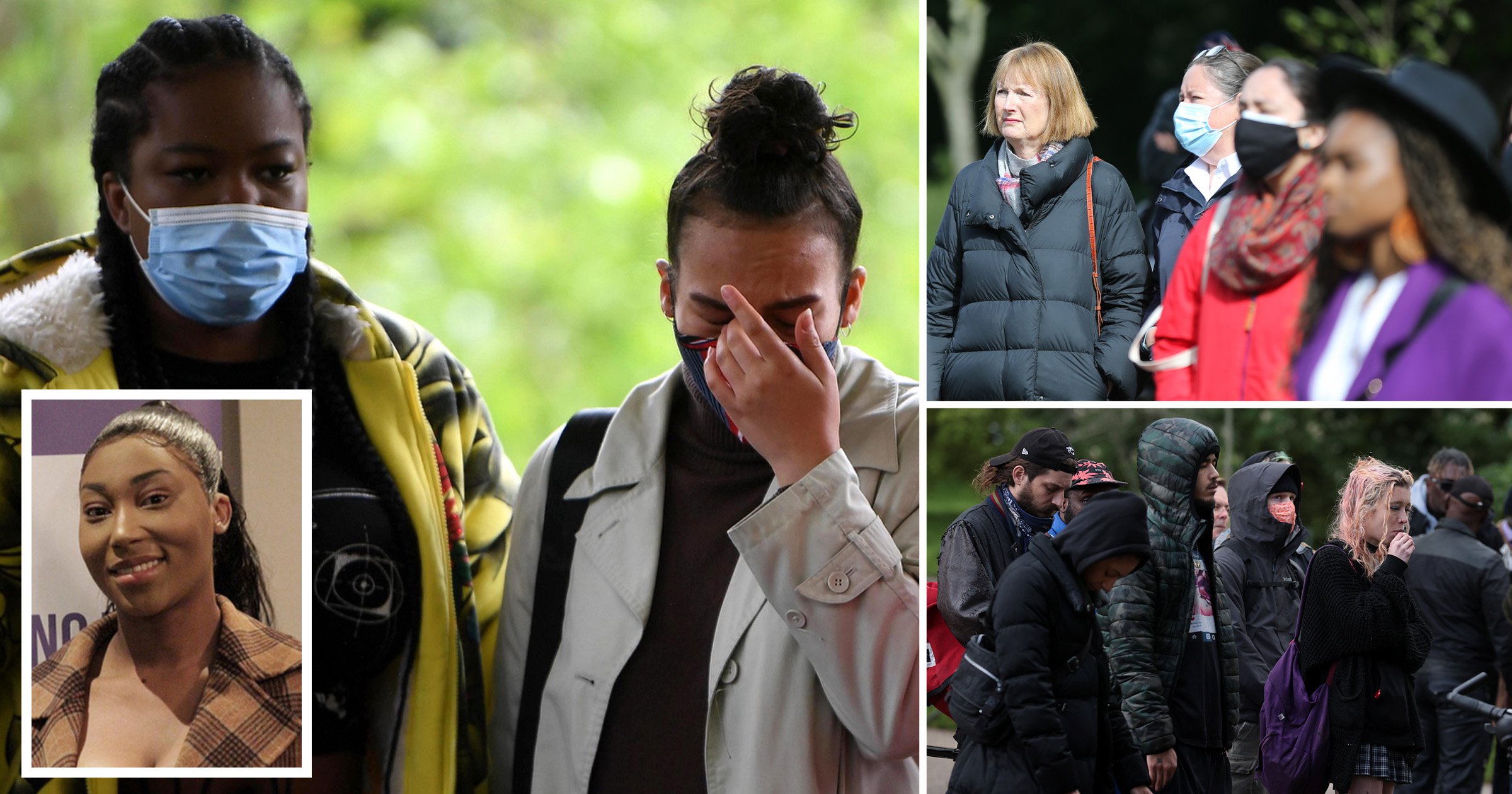 Well-wishers have attended a London vigil to the critically injured anti-racism activist shot in the head this weekend.

Mother-of-three Sasha Johnson remained in critical care on Monday evening following an operation, according to her political party.

Supporters gathered at a bandstand in Denmark Hill’s Ruskin Park, close to the hospital where she is being treated. They played drums, made speeches and prayed for Ms Johnson, 27, to pull through following the incident in Peckham in the early hours of Sunday.

The Taking the Initiative Party (TTIP) said on Monday night: ‘Sasha is currently in critical care and has recently undergone an operation and is in recovery post-surgery; we do not have any further information in relation to her recovery and/or if there is any permanent damage.’

The party again highlighted that Ms Johnson was the subject of previous death threats and said it had received further abuse since the shooting.

But it appeared to distance itself from suggestions that the Consort Road attack was targeting Ms Jones – saying ‘the truth is that we don’t know what has happened here’.

Police believe there is no evidence that the Black Lives Matter campaigner was the intended target of the shooting, while her friend Imarn Ayton, suggested that she was randomly hit in gang gunfire. 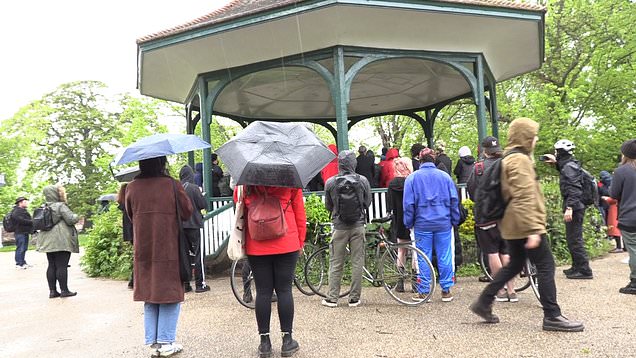 She told BBC News: ‘There was a rival gang that may have heard about someone being in that party that they didn’t feel quite comfortable with or trusted and so they resorted to driving past and shooting into the garden, and one of those shots obviously hit Sasha Johnson.’

Dr Darren Henry, who knew Ms Johnson through community activism campaigns, called on those speculating about the shooting to ‘let the police do their jobs’.

He said: ‘We say, let the police do their jobs the way they are supposed to – but the community will be watching.

‘Like any shocking or horrendous crime in our community, we hope that the offenders are brought to justice and that there is no bias and no racism.

One speaker told the crowd in Ruskin Park on Monday: ‘In every community there are good eggs and bad eggs and we have to make sure those bad eggs are held accountable for their actions.

‘Because it’s not acceptable for those bad eggs to be attacking our warriors – be they male or female.

TTIP said it had received messages ‘celebrating’ the attack.

Its statement read: ‘Since the incident, we have been receiving emails and social media messages celebrating Sasha’s attack, messages wishing she dies, calling her a racist, and wishing better luck to the shooter next time for not killing her and so on.’

But, it added: ‘We are appreciative of the kind messages and supportive words sent to Sasha and our team and pray that Sasha will make a full recovery.

‘Sasha has been passionately fighting for people and for equality for a long time and now, she is now fighting for her life.’

Prince Harry: How baby Archie helps me remember my mother