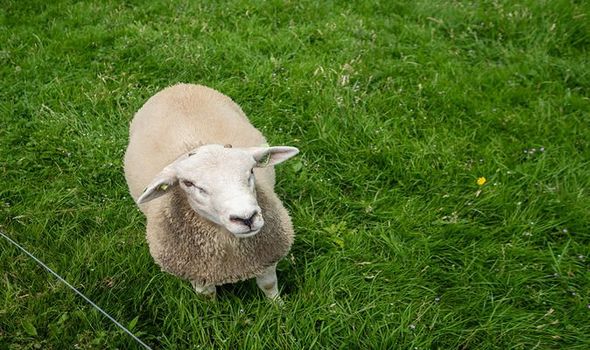 Last year livestock worth an estimated £1.3million were savaged by dogs – a rise of over 10 percent on 2019, according to rural insurer NFU Mutual.

The situation has continued to worsen this year. The cost of attacks on animals rose 50 percent in the first quarter of 2021 compared to 2020.

Paul Thorp was one of thousands who lost livestock.

An attack on his 1,200-strong flock just before Christmas on his farmland at Ripponden, West Yorkshire, killed one sheep and led to another being put down.

His seven-year-old son came across the grim scene while out walking.

Paul said: “It left him absolutely devastated. This year, twice the number of people are out with their dogs in our fields, and we’re seeing many more dog owners who let their pets roam off lead – and clearly can’t get them to come back.

“A lot of people don’t seem to understand that it’s a dog’s instinct to chase sheep and that even if they don’t attack, the stress can lead to ewes losing their lambs.

“I entirely understand why so many people are out walking in the countryside – and that’s absolutely fine, as long as they keep their dogs under control.”

Rebecca also said flytipping in the country hit “epidemic proportions” during lockdown when tips were closed – adding to farmers’ troubles.

When will Prince George and Princess Charlotte make their next public outing?

Queen’s heartbreaking tributes to Princess Margaret through the years