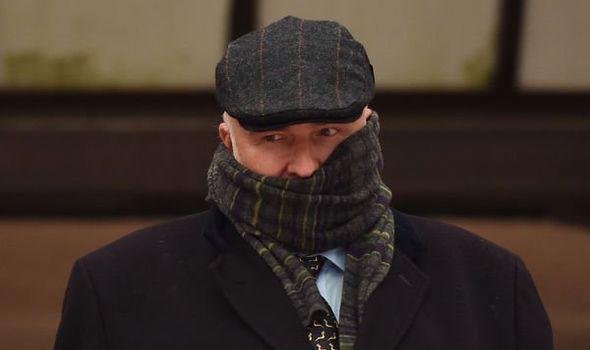 Simon Bramhall worked at the University Hospitals Birmingham NHS Foundation in 2013 when he used an argon beam machine to draw his initials on two patients, one of whom suffered a failure one week after the operation.

Bramhall’s initials, drawn about 4cm tall, were discovered after another doctor operated.

The Medical Practitioners Tribunal Service branded it an “act borne out of a degree of professional arrogance” adding that he “breached” the trust between patients and doctors during a hearing on Monday before striking Bramhall’s name from the register.

During the tribunal, it was also revealed that Bramhall’s actions caused “significant emotional harm” to one of the patients, despite not causing any “lasting physical damage”.

In December 2017 Bramhall admitted to two counts of assault by beating at Birmingham Crown Court but denied assault occasioning actual bodily harm and was ordered to carry out 120 hours of unpaid work and find £10,000.

The BBC also reported that he was suspended from his profession for at least five months.

At the latest tribunal on Monday, a report revealed findings from a review hearing on June 4, 2021, which found that Bramhall’s fitness to practice was no longer flawed by reasons of his criminal convictions.

The suspension decision was also appealed by the General Medical Council (GMC), with a High Court judge quashing the penalty.
The tribunal added that the surgeon was of “previously good character” adding that striking him from the medical register was the “proportionate sanction” as the “overall contact of providing life-saving care” did not outweigh the “gross violation of his patient’s dignity and autonomy”.

The MPTS struck his name from the register with an immediate suspension order put in place after the hearing to cover a 28-day appeals period.