Surrey Fire and Rescue Service has declared a major incident as crews continue to battle against the wildfire. The blaze is believed to have started in Chobham Common on Friday, August 7, as temperatures in the south-east of England hit 37C in some spots. The fire service tweeted: “Major incident – Chobham Common, Heath Fire – Relief crews are now proceeding from across surrey to continue firefighting operations. Local roads remain closed by Surrey Police – please remain clear of Chobham Common.”

Where are the fires raging right now?

The fires have mainly affected parts of Surrey, with a number of people being evacuated from their homes.

Approximately 60 gated properties, which are home to more than 100 people, have been evacuated from Heather Drive in Ascot due to plumes of smoke in the air.

Residents, some of whom own multi-million pound homes, have been told not to return tonight (Saturday, August 8) and instead, seek alternative accommodation.

Surrey Fire and Rescue Service said: “The fire on Chobham Common is an ongoing incident with significant numbers of emergency services on the scene who are likely to remain there for some time. 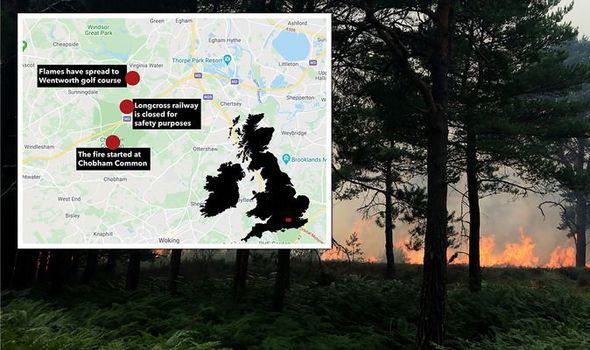 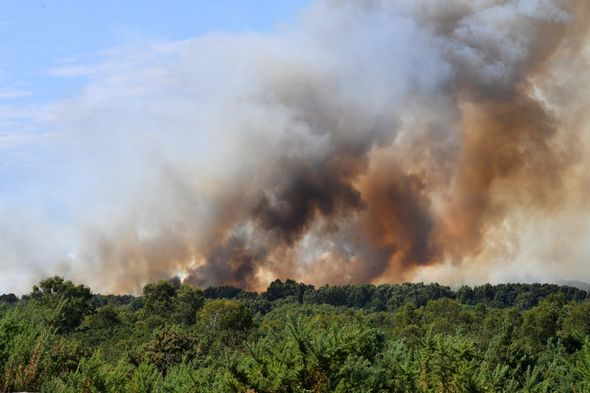 “Some local roads int he area remain closed to allow crews to work and for public safety.

“Please continue to avoid the area. A number of homes in the area have had to be evacuated for safety reasons.

“Any resident that has been evacuated should not return to their homes until it is safe to do so.”

The fire is still understood to be burning on Chobham Common. 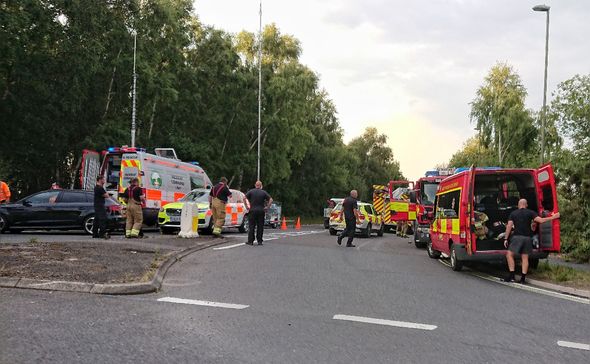 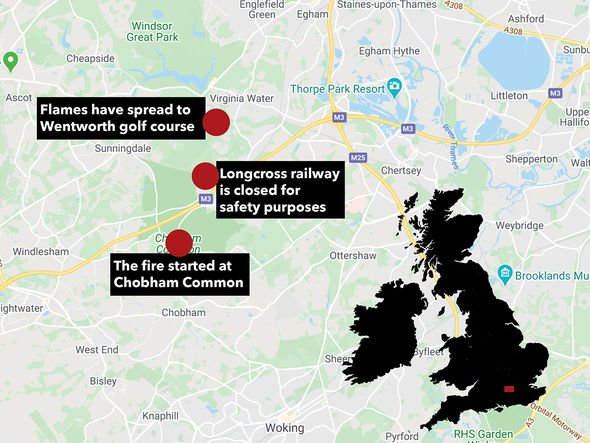 Surrey Fire and Rescue Service also said an estimated 120 people have been evacuated from homes in the Royal Borough of Windsor and Maidenhead.

As flames spread across the West Course at the prestigious Surrey golf club, games were stopped as the Rose Ladies’ Series Grand Final neared its end.

The golf is understood to have been suspended for the rest of the day, with plans to resume playing postponed to the foreseeable future.

According to Sky Sports News, no one has been injured on the golf club but everyone was asked to evacuate the West Course. 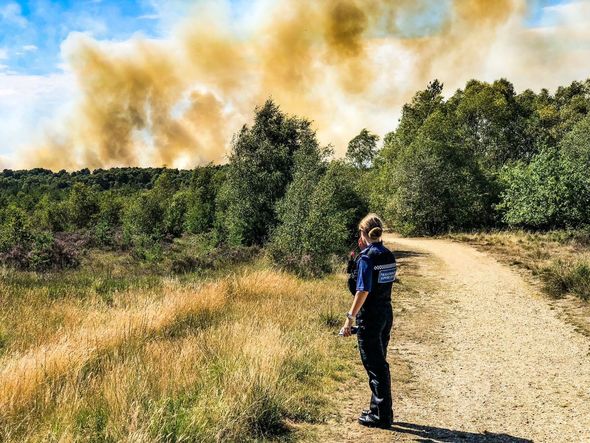 The fire service said yesterday: “We received a call this afternoon around 12.25pm to a report of a fire on Chobham Common.

“Ten fire engines have been sent in total, alongside multiple specialist vehicles, with the first arriving at the scene around 12.35pm.”

The flames engulfed more than 60 hectares of land – equating to an area the size of 75 football pitches.

The latest data up to the first week of August shows a 600 percent rise in the number of fires since the start of 2018, compared with the previous three year period, according to the European Forest Fire Information System (EEFIS). 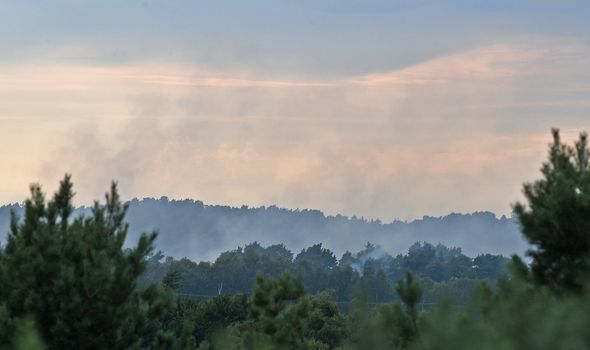 Paul Hedley, chief fire officer for Northumberland and the national lead for the UK on wildfires, told the Financial Times: “All of the indications are that for 2020 we are going to see the largest area burnt by wildfires on record.”

Mr Hedley said there have been more fires in England and Wales in the past five months than there had been for all of 2019, which is a new record in itself.

The EEFIS data showed that so far in 2020, there have been at least 91 large fires, destroying an estimated 14,000 hectares across Britain.

Mr Hedley added: “We used to talk about a wildfire season, from May to September, but now we’re starting to see protracted wildfires at all times of the year.

“We’ve seen what’s happened in California and Spain, and we know the same is coming here.”