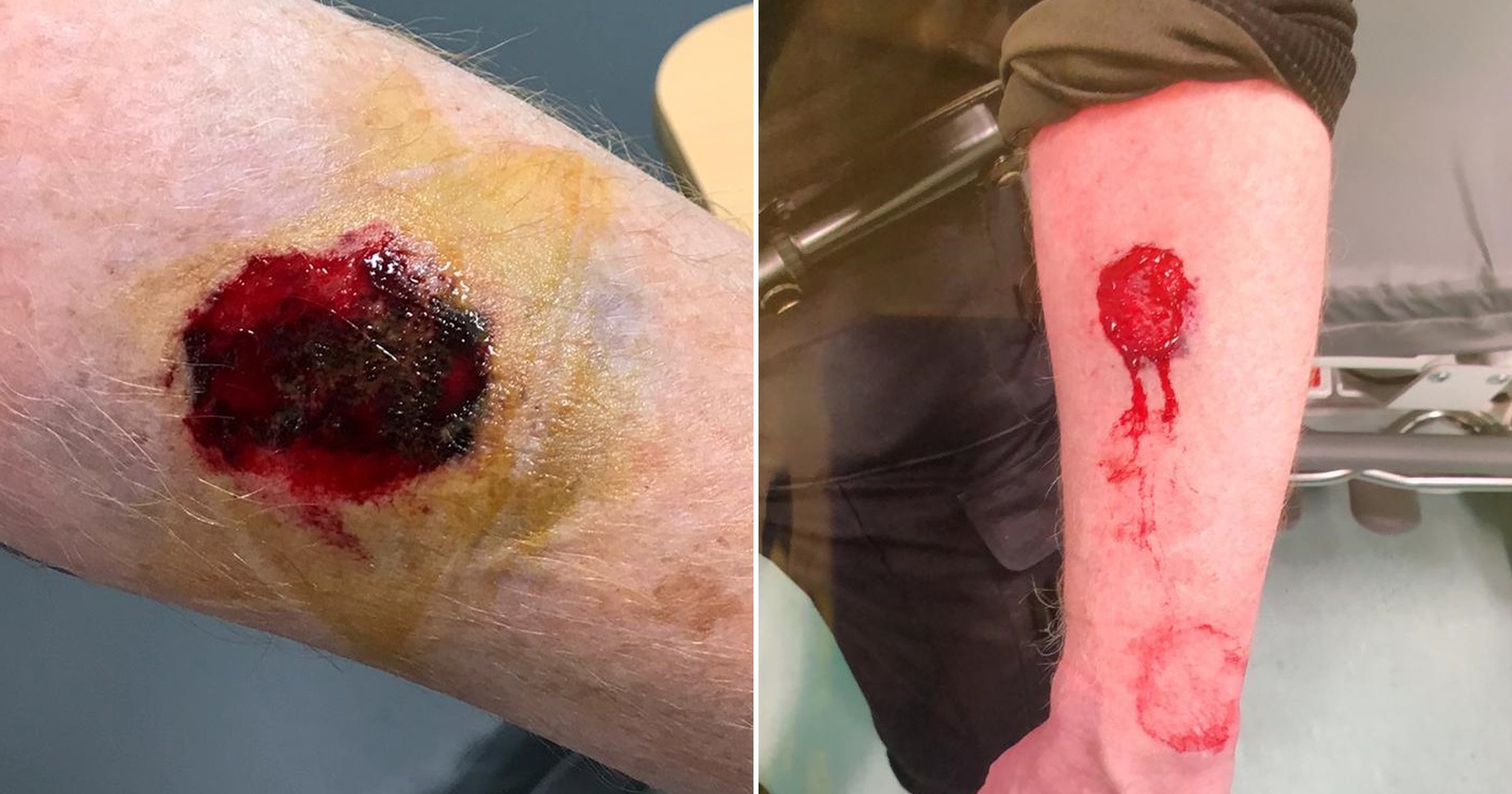 A police officer needed hospital treatment after a man allegedly bit off a chunk of his skin during raids in Manchester.

The 69-year-old special constable suffered an arm injury while another colleague was bitten on the leg during the attack.

Greater Manchester Police (GMP) arrested six males aged between 16 and 31 on Friday following warrants in Harpurhey in relation to violence in the area.

Officers swooped on nine properties after a series of incidents since the start of the month, including three shootings.

Five were taken into custody but a sixth was taken to hospital after complaining of being unwell.

The 69-year-old special constable was repeatedly bitten, with images shared by GMP showing a large area of his arm with several layers of skin torn away.

The constable who was bitten in the leg also needed hospital treatment, but both have now been discharged.

A Greater Manchester Police spokesman said: ‘The officers were left understandably shocked by what happened with two of them sustaining serious bite marks.

‘Despite this they finished their shifts and will be back on duty for their afternoon shift later.’

A 17-year-old boy, who cannot be named for legal reasons, has been charged with four counts of assault of an emergency worker and section 47 assault.

He has been remanded in custody and will appear at Manchester and Salford Magistrates’ Court on Monday 15 February 2021.