Anatoly Chepiga and Alexander Mishkin are being sought over a blast at an ammunition depot in 2014 that killed two workers. The pair, who entered the UK calling themselves Ruslan Boshirov and Alexander Petrov, are believed to have poisoned ex-Russian agent Sergei Skripal and his daughter Yulia with nerve agent novichok in Salisbury, Wilts, in 2018.

Mr Skripal, 66, and Yulia, 33, survived, but Dawn Sturgess, 44, died after handling a discarded perfume bottle used in the attack.

An officer on the scene, Det Sgt Nick Bailey, was also contaminated and later quit the force.

Czech police are searching for the Russians over the attack in Vrbetice and Foreign Secretary Dominic Raab said the UK “stands in full support of our Czech allies”. 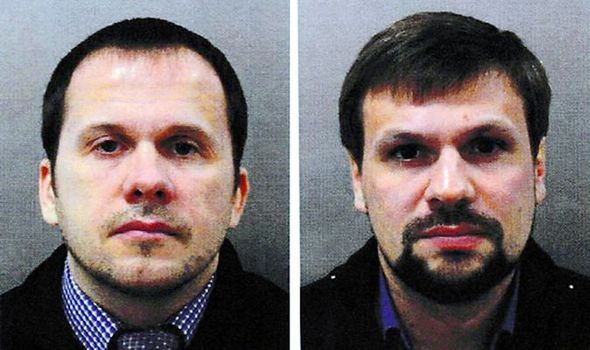 Western intelligence sources say the investigation is well founded and is growing evidence of the activities of Russia’s 29155 GRU undercover unit.

Last night Moscow expelled 20 Czech diplomats in a tit-fot-tat move and gave them just 24 hours to leave the country.

The Czech Republic on Saturday expelled 18 Russian diplomats over the blast.

Mr Raab said the Czech probe had “exposed the lengths that the Russian intelligence services will go to in their attempts to conduct dangerous and malign operations in Europe”. 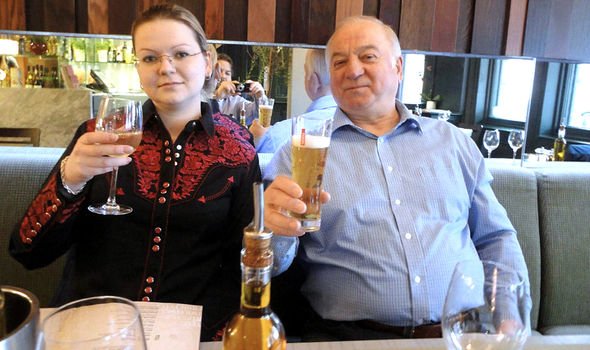 He added: “We are as determined and committed as ever to bring those responsible for the attack in Salisbury to justice and commend the actions of the Czech authorities to do the same.”

Moscow has repeatedly denied any involvement in the Salisbury attack – President Vladimir Putin claims the suspects were civilians.

Meanwhile, Russia’s ambassador to the UK said he had not seen Mr Raab for more than a year following rising tensions.