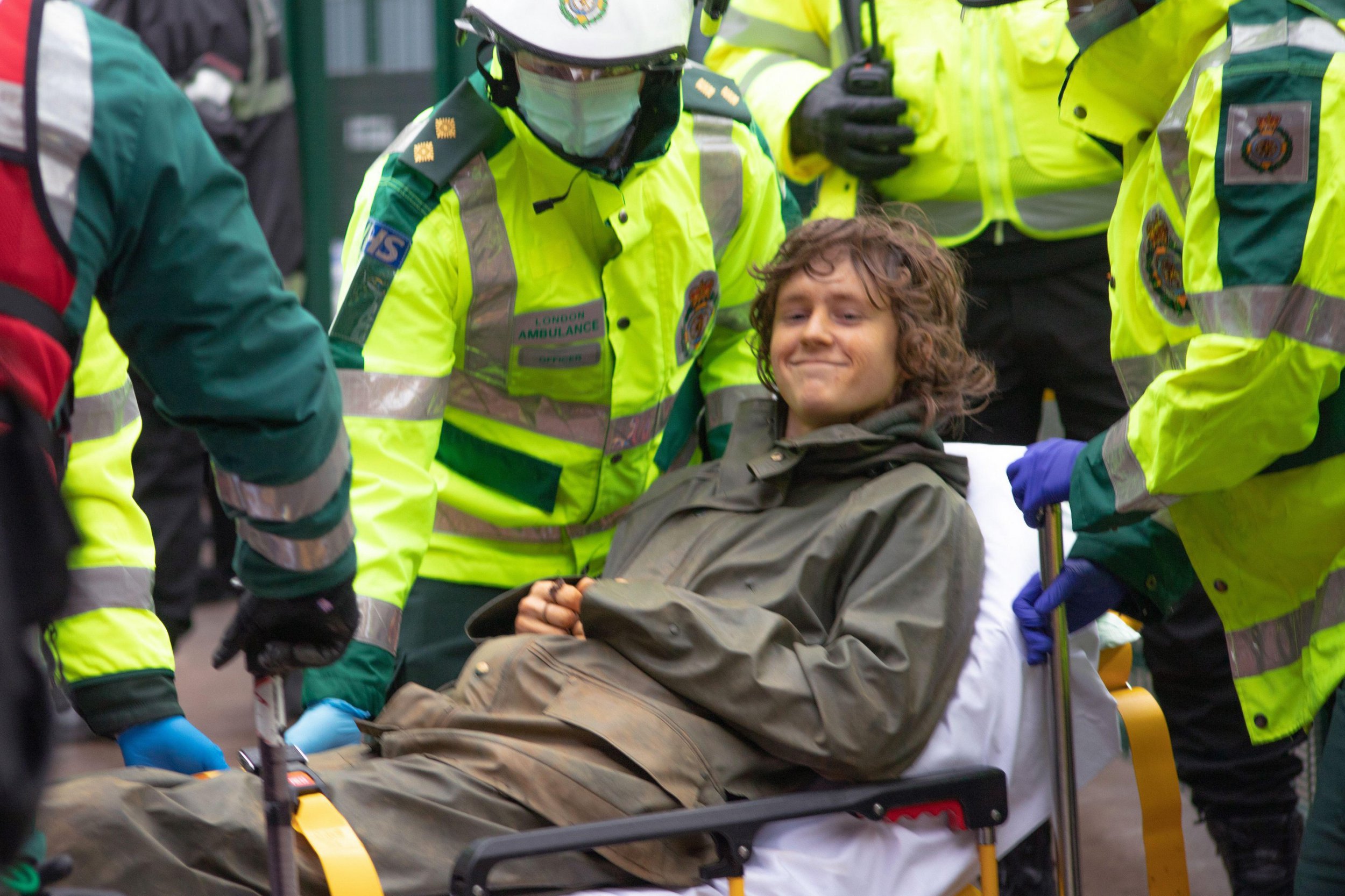 Swampy’s 16-year-old son has left the network of tunnels built in Euston in protest against HS2 after 22 days living underground.

The veteran campaigner’s son Rory Hooper, who was the youngest person taking part in the protest in Euston Square Gardens, was removed on a stretcher.

A spokesman for HS2 said this morning that Rory was being assessed by paramedics and ‘will be handed over to Met Police’.

The 16-year-old is the fourth person to have left the tunnels, which were dug in secret by protesters objecting to the redevelopment of the park.

The protesters last week lost a High Court bid to block an operation to remove them from the tunnels, which were discovered on January 26.

Rory said in a statement: ‘After almost three weeks underground I am coming up. This means there will be more food for the others so they can resist for longer.’

He added: ‘I am looking forward to seeing mum. I have loved digging and being underground and I will continue to protest, HS2 needs to be stopped.

‘Young people like me have to take action to stop the ecocide being committed by projects like HS2 because we’re in an ecological emergency and our future is at stake.

‘Digging a tunnel may seem extreme but maybe it is the only way.’

On Sunday night, 46-year-old HS2 Rebellion protester Scott ‘Scotty’ Breen, also known as Digger Down, left the tunnels and was escorted away by police.

In a Facebook post, Scotty said he was opting to leave the tunnels voluntarily after 19 days in order to ‘ease the pressure on resources (and) allow others to stay longer’.

He said: ‘I have nothing to prove by being the last one in so have decided to volunteer my exit.’

The activist said he expected more ‘strategic exits’ by protesters as time goes on.

The 46-year-old, from West Drayton, west London, will appear at Uxbridge Magistrates’ Court next week, accused of failing to comply with a community order.

HS2’s spokesman said: ‘The safety of those trespassing and that of the HS2 staff and emergency service personnel in this operation is of paramount importance.

‘We continue to do all we can to end this illegal action safely, and we reiterate our message to those underground to comply with the court order and exit the tunnel immediately – for their own safety and that of the HS2 staff, agents and emergency service personnel involved in this operation.’

For more stories like this, check out our news page.

Princess Beatrice wedding dress: The lace tradition Beatrice could take from her ancestors