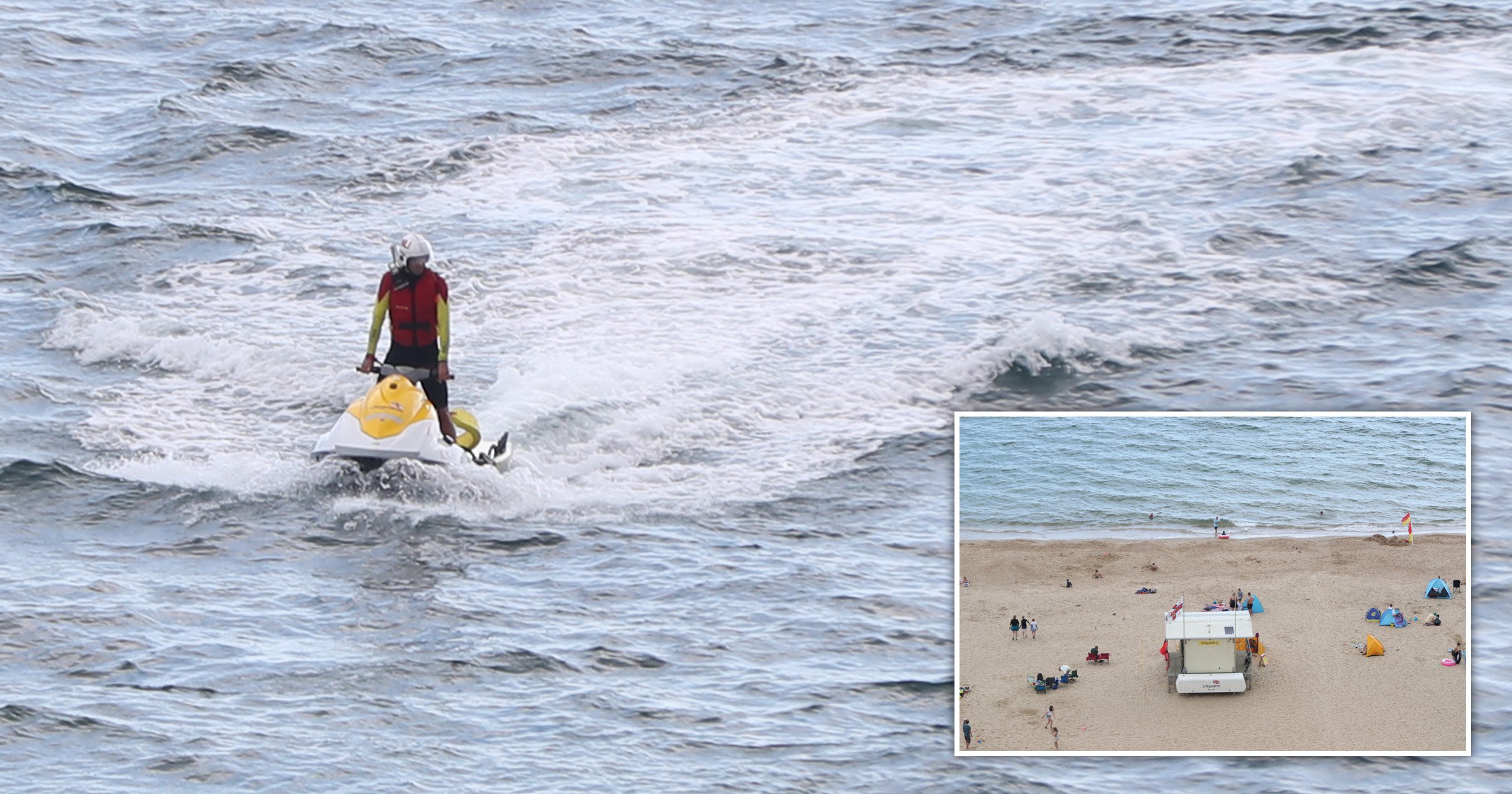 Hundreds of swimmers hurried out of the sea today as a British beach was evacuated due to a suspected shark sighting.

Boscombe beach in Bournemouth was closed to bathers in dramatic fashion as RNLI lifeguards put up the red flags.

In scenes straight out of the movie Jaws, a tannoy announcement was made telling people to get to the shore because of ‘large marine wildlife’ in the water.

Witness Gemma Harris said: ‘The lifeguard put out a loudspeaker announcement saying “everyone out of the water. There is marine wildlife in the water”.

‘Everybody rushed out of the water and the RNLI response was very effective.

‘They checked the water for about half-an-hour before letting bathers back in.

‘Apparently a fin was spotted. We heard one of the RNLI team say it was a shark but nothing has been confirmed.’

The beach was busy on Wednesday with families enjoying their summer holidays on a sunny day in Dorset.

It remained closed for almost an hour while lifeguards searched the sea on jet-skis looking for the ominous sign of a protruding dorsal fin.

A spokesperson for the RNLI said they were three reports of some kind of ‘large marine life’.

But the mammal wasn’t seen again.

Nor is it not known what species of shark swimmers thought they saw in the shallow water.

A spokesperson for Bournemouth, Christchurch and Poole Council said: ‘We were made aware by the RNLI that they temporarily closed the beach at Boscombe as a precautionary measure whilst an inspection was carried out in the area.

‘The beach is now open again for people to enjoy.’

Covid breakthrough: ‘Incredibly safe’ for vaccinated people to meet – just not allowed yet