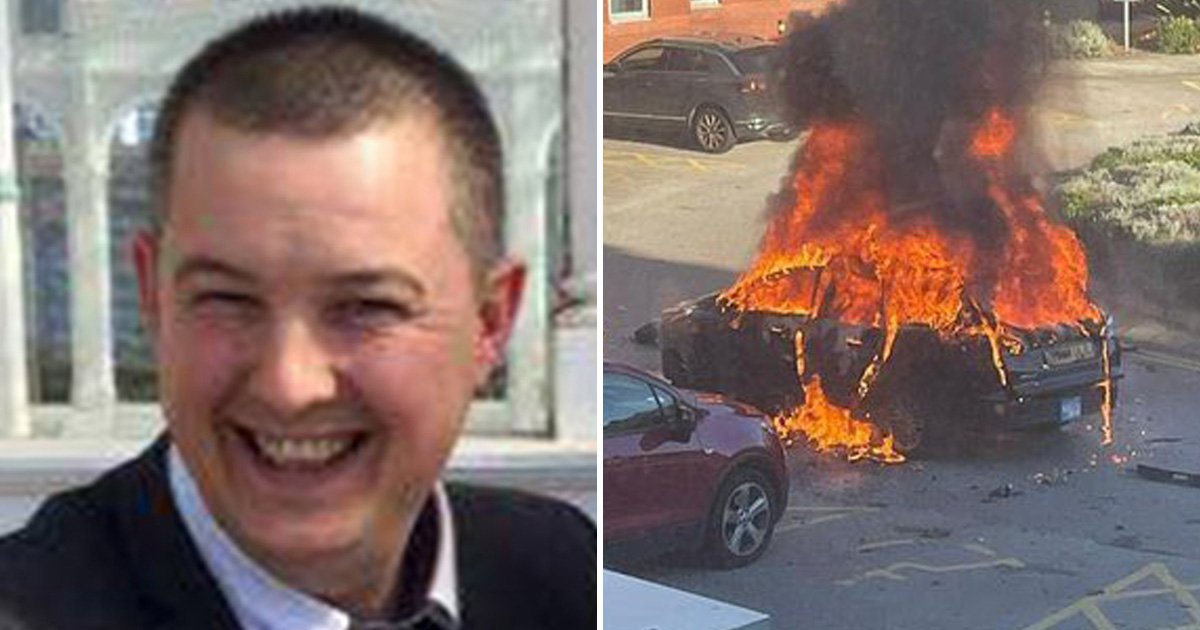 The taxi driver who survived the Remembrance Sunday bomb attack in Liverpool called out for his wife as he stumbled from the burning cab, according to the security guard who helped him.

Darren Knowles said he was pumping up the tyres on his own car when David Perry’s taxi pulled up outside the Women’s Hospital just before 11am on Sunday.

It has been revealed that the explosive device had been built by 32-year-old Emad Al Swealmeen, who had spent months plotting the attack which claimed his life.

Footage apparently taken from a CCTV camera on the hospital site that has been shared widely on social media shows the vehicle exploding seconds after coming to a stop.

Mr Perry can be seen getting out from the driver’s door and fleeing before being helped by a member of the public wearing a fluorescent vest.

The car then bursts into flames.

Mr Knowles described hearing a ‘loud bang’ believing it was a mechanical failure before seeing Mr Perry rush from the taxi.

He told the Mirror: ‘He was panicking and screaming, “Someone has blown me up. I want my wife”.

Mr Knowles added: ‘Everyone is calling me a hero but I was just doing my job.

‘My hands were shaking when I realised how close I was to being blown up. But you don’t think, you just do.’

Mr Perry, who has been praised by Prime Minister Boris Johnson for acting with ‘incredible presence of mind and bravery’, was treated in hospital after fleeing the car just before it burst into flames.

He has since been discharged.

City mayor Joanne Anderson previously suggested that the driver had locked the doors to prevent the passenger escaping.

She told BBC Radio 4’s Today programme: ‘The taxi driver, in his heroic efforts, has managed to divert what could have been an absolutely awful disaster at the hospital.

‘Our thanks go to him and our emergency services, and authorities have worked through the night to divert anything further and we’ve all been on standby and in constant contact to provide any support that’s needed.’

William’s heartbreaking confession about Diana: ‘Life as you know it altered forever’