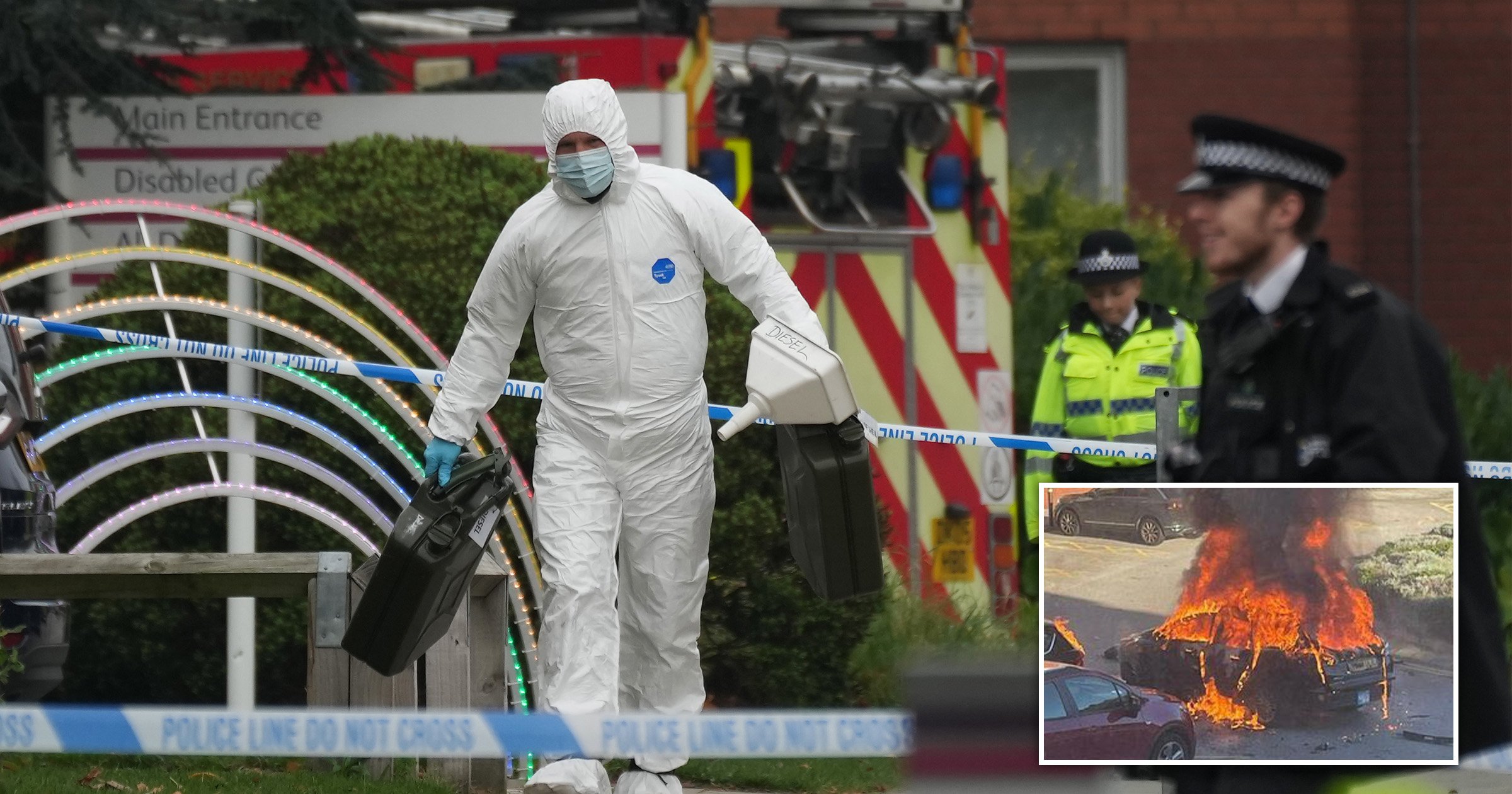 The Liverpool taxi explosion ‘has been declared a terrorist incident’ but the
motivation is ‘yet to be understood’, police said.

A passenger appears to have made an improvised explosive device which
caused the blast, Head of Counter Terrorism Policing North West Russ Jackson said.

Mr Jackson said officers believe they know the identity of the taxi’s passenger, who had asked to be taken to Liverpool Women’s Hospital.

He said four people aged between 20 and 29 had been arrested in connection with the car explosion, and will be questioned later today.

Setting out at a press briefing what police know about the circumstances, Mr Jackson said: ‘The circumstances, as we understand them to be, are that yesterday shortly before 11am, a local taxi driver picked up a fare in the Rutland Avenue area of Liverpool.

‘The fare, a man, had asked to be taken to the Liverpool Women’s Hospital which was about 10 minutes away.

‘As the taxi approached the drop off point at the hospital, an explosion occurred from within car, which quickly engulfed it in flames.

‘Remarkably, the taxi driver, escaped from the cab. He has been treated for the injuries he sustained and has now been released from hospital.

‘Emergency services quickly attended the scene and Merseyside Fire and Rescue put out the fire following which it quickly became apparent that the passenger remained in the vehicle and was deceased.

‘Army Ordinance Disposal officers have examined the scene at the hospital and made the area safe.

‘Following discussions with Ordinance Disposal Officers, we are able to confirm that this is being treated as the ignition of an explosive device.

‘Our enquiries also indicate that the device was brought into the cab by the passenger.

‘We believe we know the identity of the passenger but cannot confirm this at this time.’

Mr Jackson added: ‘Our inquiries have led us to two addresses. The first was Sutcliffe Street in the Kensington area of Liverpool and at this location three men aged 21, 26 and 29 were arrested yesterday under S41 of the Terrorism Act.

‘A short while ago, again in the Kensington area, a further man aged 20 was arrested under S41 of the Terrorism Act.

‘They will be interviewed by Counter Terrorism officers later today.’

COVID-19: All arrivals to Greater Manchester and West Midlands from Tier 4 and Wales asked to self-isolate

Royal Wedding shock: Princess Diana allowed to invite only 100 people to her nuptials