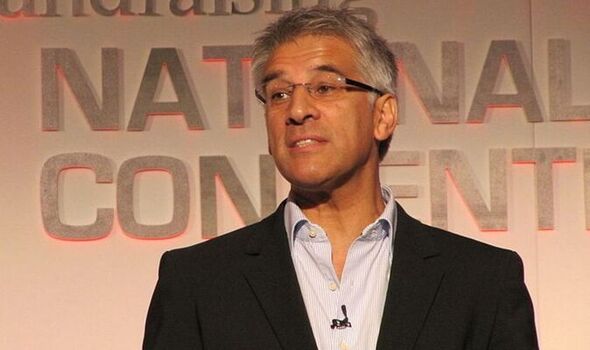 A teacher bought food for a sick pupil’s family after discovering they had not eaten for two days.

The head of an education trust that runs more than 50 academies across England said the difficulties students face have alarmed staff, and he is concerned about the impact on them.

Rev Steve Chalke, who founded the Oasis Charitable Trust, told The Mirror of the heartbreaking emails he regularly receives from school staff as he called for Free School Meals to be extended.

He also warned that without additional support, soaring costs mean the trust will go bust within three years, and many schools could fold sooner.

In one email, the head of an academy in a northern town told Rev Chalke: “I took a child home today who was unwell.

“They’d not eaten for two days. I went into the home, there were seven of them living in a two-bedroom house, all of them unwell and hungry.

“I bought food for them… But we have so many families in this situation.”

Sadly this is not an isolated case, he said, with academies running food and clothes banks to support struggling families.

“We run a lot of emergency funds which some of our staff pay into, and then it means that if a family’s fridge busts or a boiler busts we can do something about it,” the trust boss said.

“We discovered a family who moved into one of our schools, they had three kids sleeping across one matress, the oldest was a teenager.

“This is a typical thing. It’s alarming… all of this is in a day’s work for a school.”

Rev Chalke continued: “I was talking to one of our community staff members, I start worrying about their mental health. They’re plunged into these deeply traumatic situations every day.”

While child poverty is nothing new – and the situation has worsened in the past decade – more and more people are being affected, he said.

“What’s happened this year is because of inflation, the failing pound, the war in Ukraine, the screw-ups by Liz Truss, what’s happened is this crisis has engulfed many many more people – people who are more middle class who have a louder voice.

“All of a sudden we’ve got this term cost of living crisis as if it’s something new.

“It’s what I’m guessing the poorest 10 per cent endure every winter, it’s simply that’s spread to perhaps 40 per cent of the population or more.”

He said it is “insane” that not all children whose families rely on Universal Credit qualify for Free School Meals.

“Probably 80 per cent of our families are struggling financially, almost everybody,” Rev Chalke said.

“If we don’t deal with it’s a ticking time bomb – invest now or reap the harvest of poor health, poor mental health, poor employment and the huge strain on the health system.”

He said government funding amounts to £2.41 per free school meal – but with all the associated costs, schools are only able to provide around £1 of food for this.

Not only are school chiefs grappling with growing challenges supporting children, they also have to contend with soaring bills stretching their budgets to the limit.

Grim forecasts by trust bosses suggest it is set to burn through its cash reserves within three years – potentially spelling disaster for thousands of children.

“Our finance directors tell me we’ll burn through our reserves in three years,” he said.

“We’ll go bust in three years time and many schools will go bust before that. There has to be more intervention because that simply can’t happen.”

Health manifestos are long on showy promises – but, so far, short on detail

Corbynista stuns Sky News hosts after swearing live on air at 9 in the morning ‘P*** off!’