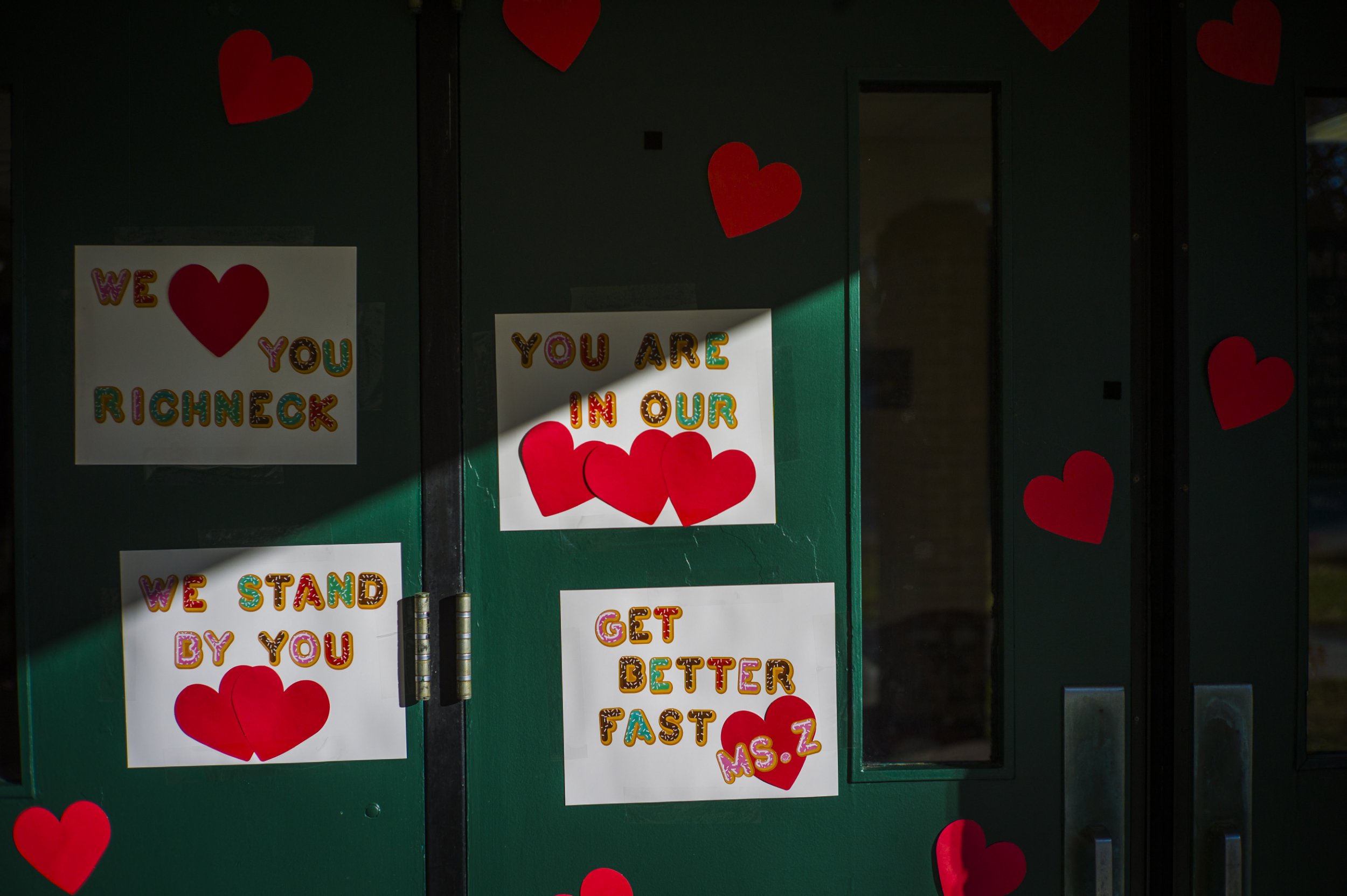 A teacher who was shot by a six-year-old plans to sue the school, alleging administrators were warned about the student several times and could have prevented it.

Abigail Zwerner claims the administration ‘was paralyzed with apathy’ and did not remove the boy who shot her on January 6 and left her with serious injuries, said her lawyer Diane Toscano.

‘On that day, over the course of a few hours, three different times – three times – school administration was warned by concerned teachers and employees that the boy had a gun on him at the school and was threatening people,’ Toscano said on Wednesday.

‘But the administration could not be bothered.’

Zwerner first approached an administrator around 11.15am on the day of the incident, saying that the 6-year-old had threatened to beat up another student, Toscano said. However, administrators took no action.

Roughly an hour later, another teacher apparently told an administrator that she went ahead and searched the boy’s bag, but that she believed he put the firearm in his pocket before going out to recess, the lawyer said.

‘The administrator downplayed the report from the teacher and the possibility of a gun, saying – and I quote – “Well, he has little pockets,”’ Toscano said.

About an hour later, ‘Abby Zwerner was shot in front of those horrified kids, and the school and community are living the nightmare, all because the school administration failed to act’, Toscano said.

The school district did not immediately comment on the allegations.

‘This should have never happened. It was preventable and thank God Abby is alive,’ Toscano said. ‘But had the school administrators acted in the interest of their teachers and their students, Abby would not have sustained a gunshot wound to the chest.’

Zwerner has been recovering after being shot in the chest.

Is Boris and Carrie's wedding a bad sign for lockdown lifting on June 21?