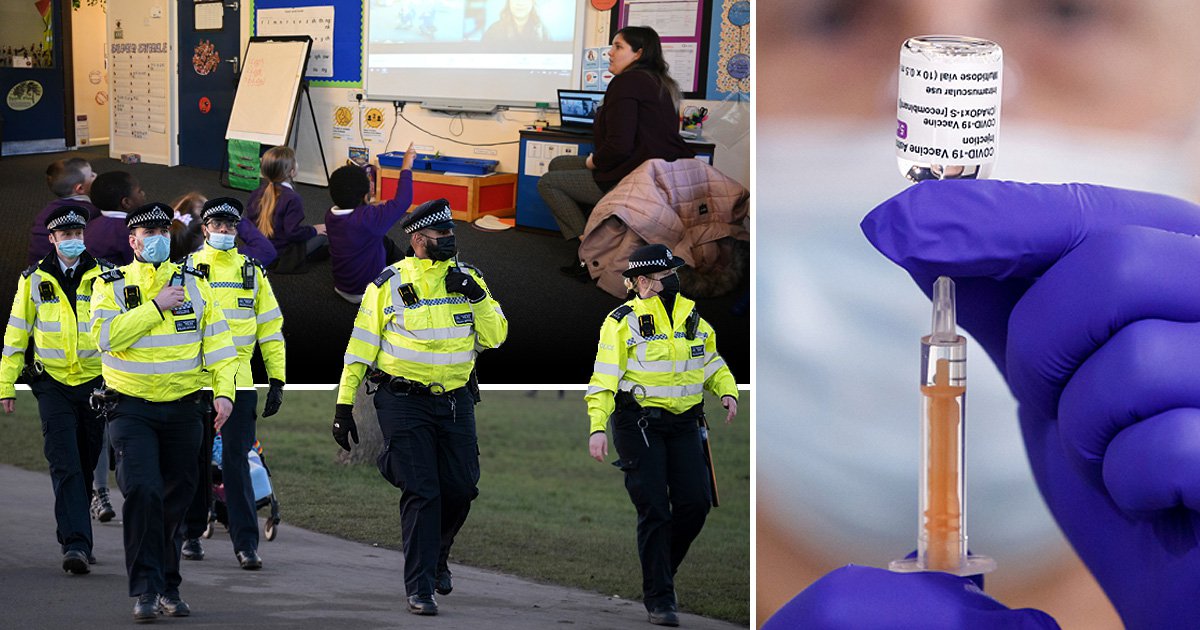 Teachers and police are expected to be given priority for the Covid-19 vaccine after everyone aged over 50 has been offered their jabs.

The Government is on track to hit its target of 15 million vaccinations by Monday and over 60s have now been told they can start getting the vaccine.

Over-50s will follow afterwards, with a target of all first doses being given by the end of April, but it hasn’t yet been confirmed who will be the next priority group.

Whitehall sources have now told The Telegraph that teachers and police will likely be prioritised for the jabs after the over-50s.

They said this was part of the Government’s ‘clear focus’ on prioritising key workers, which includes teachers and police.

The joint committee on vaccination and immunisation (JCVI) is expected to recommend the next priority groups the week after next.

One source said the JCVI ‘will need to see the latest data on transmission before they make their recommendations’.

Up until now, the way groups have been chosen is by prioritising ‘those most at risk of hospitalisation overall’, mostly based on age, and then ‘those whose roles increase their risk’, according to the source.

‘It is clear that teachers and police will be given early priority,’ the source said.

The UK is set to have given everyone in the top four priority groups their first jab by Monday. If everything continues to go according to plan, over-60s and vulnerable young people will be vaccinated by the end of March.

Although vaccinating the top four priority groups is expected to dramatically cut deaths, it is only likely cut hospitalisations by a third, according to a study by the Royal United Hospitals Bath Foundation trust.

But once all over-60s have had their jab, hospitalisations will likely be cut by two thirds, the study says.

Less pressure on the NHS and fewer people being at risk of dying from the disease will be important factors in lifting lockdown.

Boris Johnson is set to outline his roadmap out of lockdown in the week of February 22, prioritising pupils returning to schools.