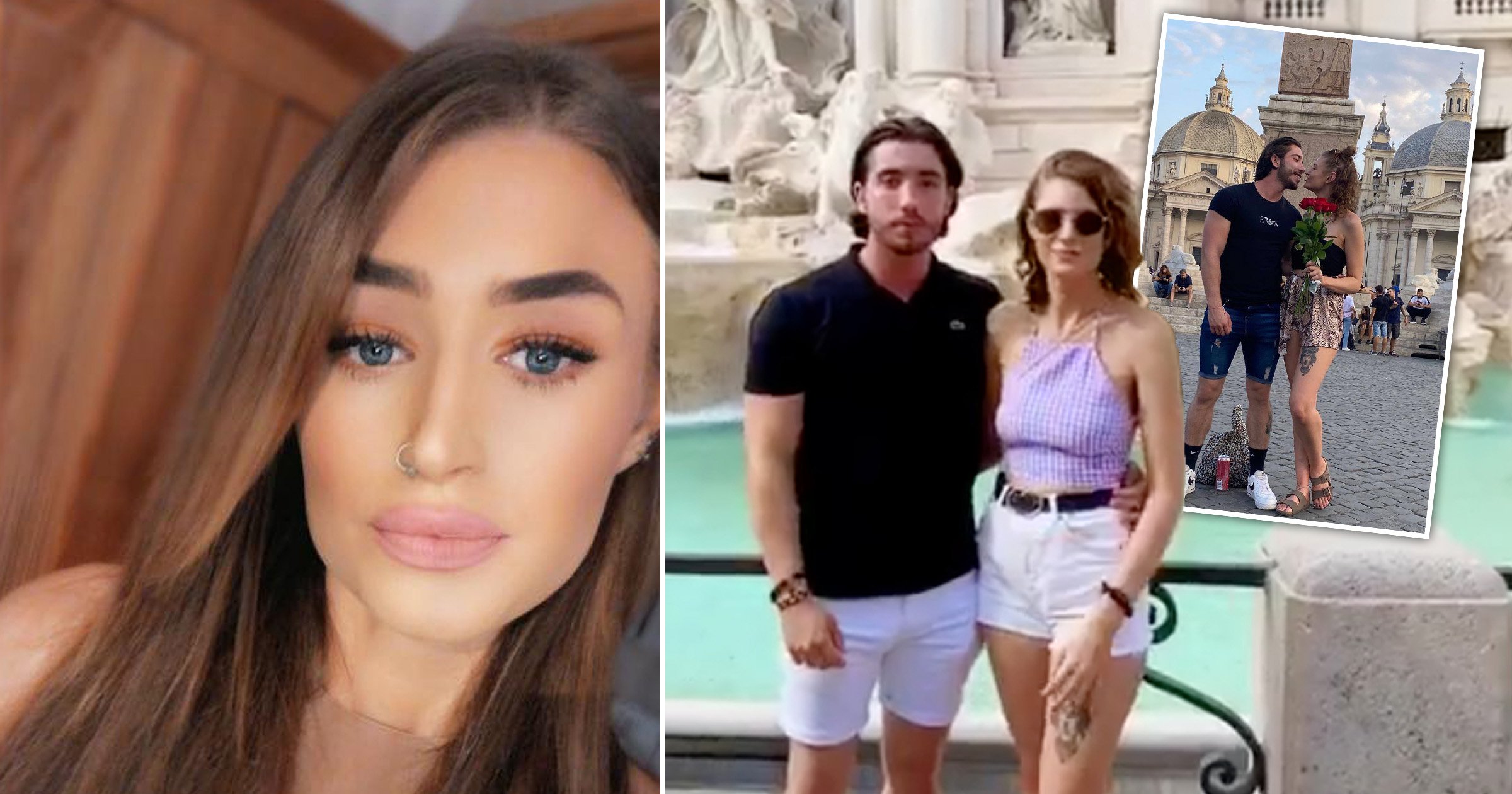 A teaching assistant who made up a fake sob story to get time off work was caught red-handed when her boyfriend posted photos of them on holiday in Rome.

Ella Griffith, 25, told staff at her primary school that she needed time off due to a ‘serious personal matter at home’.

But a misconduct panel heard she used the long weekend to fly to Italy with her boyfriend, where they took in sights including the Colosseum, Vatican City and the Forum.

She was rumbled when staff spotted photos her boyfriend posted on Facebook showing them eating pasta, sipping cocktails and relaxing in a hot tub and tipped off the head teacher.

The Education Workforce Council was told Griffith was employed as a learning support assistant working 30 hours per week at Ysgol Cybi school in Holyhead, Anglesey.

Headteacher Rhian Grieve said Griffith asked for some time off just days after schools returned in September last year following closures due to the pandemic.

She said: ‘[Griffith] spoke with me on September 17, 2020 and asked to leave early the following day and return on September 23.

‘The situation appeared critical in that Ella Griffith’s family needed her and she requested compassionate leave.’

The headteacher said she was later alerted by other staff that Griffith’s boyfriend had posted pictures of them posing in front of a Roman fountain.

Other photos included the couple drinking in an ice bar, riding on e-scooters through the city and various sightseeing snaps.

She told the hearing that when Griffith was confronted about her absence she initially lied saying she had flown to Italy over the weekend.

Ms Grieve said the teaching assistant was asked to provide her airline tickets as proof before she eventually ‘confessed she’d lied at the length of time away’.

The panel heard she then failed to turn up to the school for the following two days – texting bosses to say she wouldn’t be in rather than phoning.

Griffith, who is not at the hearing and has since left the school, is accused of five misconduct allegations relating to her time away and the subsequent days after.

She has not entered any pleas to the allegations.

If found guilty of unacceptable professional conduct she faces being struck from the teaching register.

The hearing, held via Zoom, continues.